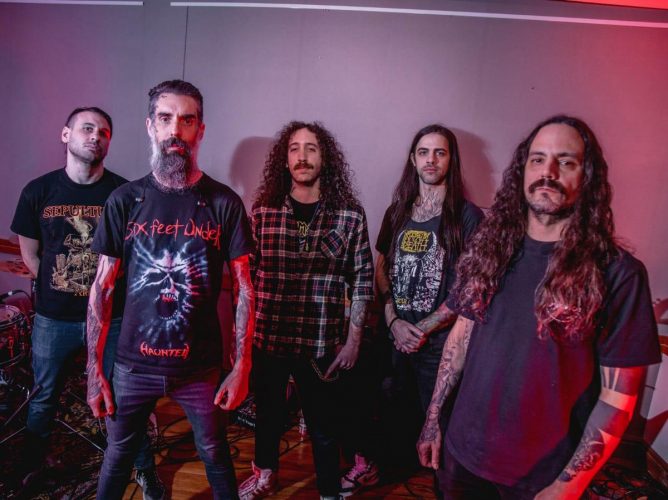 (Andy Synn wrote the following six brief reviews, and of course speaks solely for himself in the first sentence despite the breadth of the claim.)

I have a confession to make, on behalf of all of us here at NCS… we’re not perfect.

I know, I know, this admission has probably come as a serious shock to some of you, but it’s true. Sometimes, despite our general all-round awesomeness, we miss things.

But the silver lining to that, of course, is that it gives us a chance to play catch-up now and then and to bring you not one, not two, but six different bands/albums which you might otherwise have missed out on too! 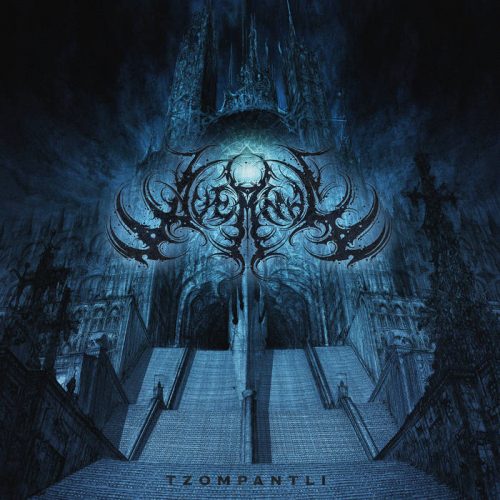 We’ll kick off this quick catch-up session with the brutish, belligerent bombast of Argentina’s Avernal, whose eighth(!) album is one scorching slab of Death ‘n’ Roll (with an emphasis on the “Death” part).

Oh, don’t get me wrong, the band aren’t offering anything new here. There’s a fair bit of Carcass (“Kraken”, “El Ungido”) and Grave (“La Densidad”) in their sound, no mistake about it, although there are even more similarities to The Crown and their thrashy, chuggy, groove-driven assault in songs like “Hilera de Cráneos”, “Arquitectura Pestilente” and “Carne Para la Bestia”.

And it’s this last element, this down ‘n’ dirty, Death Metal in the marrow, approach, which makes this record so damn enjoyable, delivering both a refreshing lack of frills and an abundance of rugged riffs. 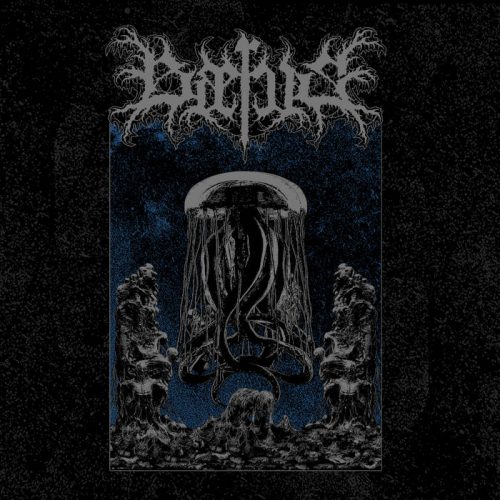 Offering up five tracks of devastating doom and soul-sucking sludge, all topped off with a caustic corona of blistering blackened spite, the self-titled album from Germany’s Baerus is exactly what the doctor didn’t order in these dark times… but I’ll be damned if it isn’t just the perfect soundtrack to the current climate of fear, isolation, and uncertainty that we’re all living in.

Like a slower, sludgier, doomier cousin to bands like Cobalt, Lord Mantis, and Dragged Into Sunlight, this is a record that positively revels in its own ugliness, from the crushing, claustrophobia-inducing strains of titanic opener “Cephalopode Invasion” and the hammering drums and howling vocals of “Liberated” to the grim, grinding finale of “Denial”.

As utterly nasty and nihilistic as this album is, I loved it from the first moment I heard it, and I’ve only come to love it even more since then. 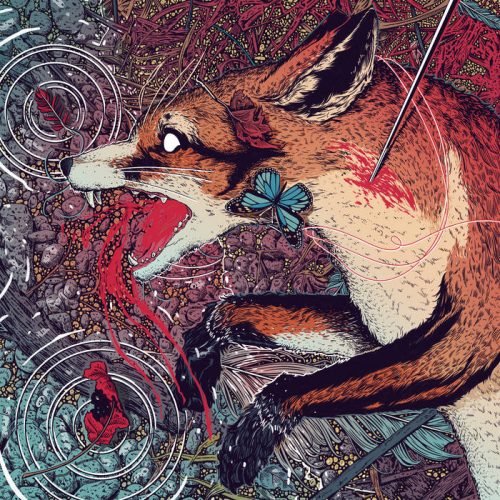 In a world seemingly overrun by mostly interchangeable Post-Metal acts content to simply follow in the footsteps of Cult of Luna/Isis/Neurosis, et al, it’s actually pretty refreshing to hear a band whose approach errs more towards the Amenra style of things and whose approach, as a result, has a lot more bite and aggression to it than most.

Such is the case with Mourn, the debut album from Spanish quintet Deadwood Tree.

What helps the band stand out even more is the way in which they balance this more abrasive and aggressive approach (listen to the massive riffs and thunderous drums of opener “Unclear”, or the gargantuan growls of “Orb”, for some prime examples of this) with a sense of naked vulnerability (the sombre opening of “From Below”, the mournful melodic undercurrent of “Engraved”) that feels that little bit more natural, and that little bit more human, than most of their contemporaries. 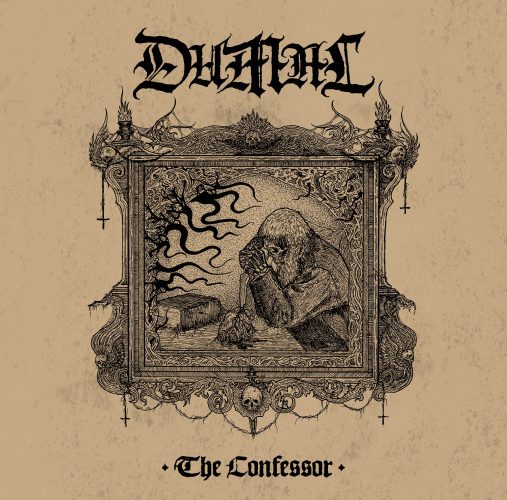 While the band themselves may be American through and through, their roots are undeniably Scandinavian, with an emphasis on the Norwegian side of things, as tracks like “Devour the Child”, “Black Tendrils of Christ”, and “Ossuaric Inversion” are closer in sound and spirit to Taake than Dissection and their many disciples.

I’ll grant you, there’s nothing particularly original about songs such as “Some Ritual” and “Unrealized Dreams” (the former in particular has a real Kampfar vibe at times), but these guys still know how to whip up a storm of raging riffs, demonic drums, and tormented tremolo melodies that never fails to get your blood pumping and your head banging. 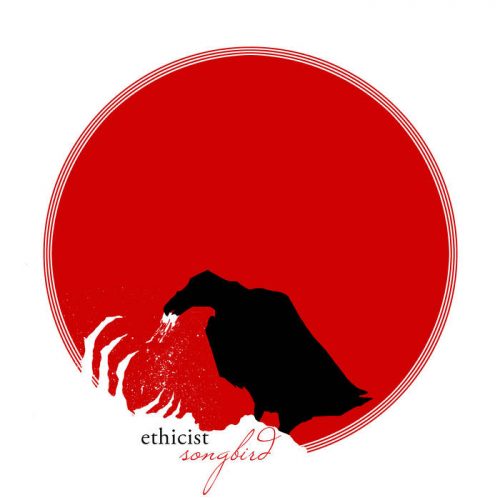 The term “Post-Black Metal” may be a dirty word in some quarters (and I understand why) but when it’s good, when it’s really good, it can honestly tug at the heartstrings like nobody’s business.

And while Songbird may not change the minds of anyone who’s firmly averse to the genre’s existence, those who’re willing to give it a try will discover a record that seamlessly fuses the raw energy and emotion of the mid-’90s Post-Hardcore explosion with the visceral intensity and melodic melancholy of bands like Alcest, Bosse-De-Nage, and their ilk.

Seriously, just give it a chance and I’m sure even the most jaded and cynical amongst you will fall in love with the lithe bass-work and limber blasting of “Foreign Lines”, the simmering slow-burn and climactic catharsis of “Psalm”, and the aggressive/atmospheric amalgam of “Night Witches”. 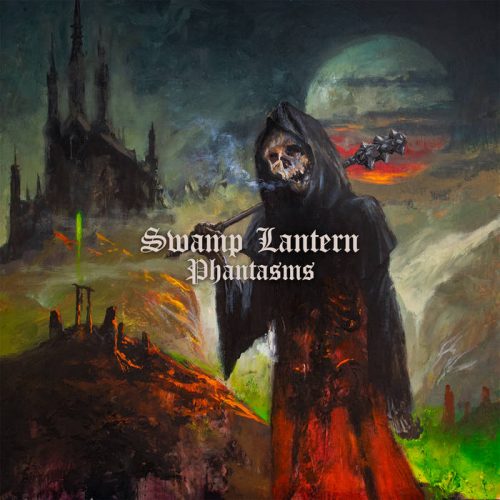 They say that good things come to those who wait… and while “Shriveled Pigs Eyes”, the first track from Swamp Lantern’s debut album, Phantasms, definitely makes you wait for it with its drifting, dreamlike opening minutes, it’s more than worth it, as when it finally kicks into gear the song’s melodic mix of doom-laced Goth-Rock and grim-faced Black Metal is nothing short of spellbinding.

Of course it’s not a totally unique sound – there’s definitely some latter-day Tribulation and In Solitude influence in the mix, not to mention some straight-up (blackened) Sabbath worship going on (especially during “Corpses in the Barn” and “The Meadows Rip”) — but I’ll be damned if it isn’t devilishly distinctive all the same.

Nowhere is this more obvious than on prodigious penultimate track “Black Garbage Trucks”, which is fourteen minutes of doomy, gloomy grimness that marries big, brooding riffs and moody, miasmic melodies with an array of creeping, crooning vocals and savage snarls to create something that defies easy categorisation.