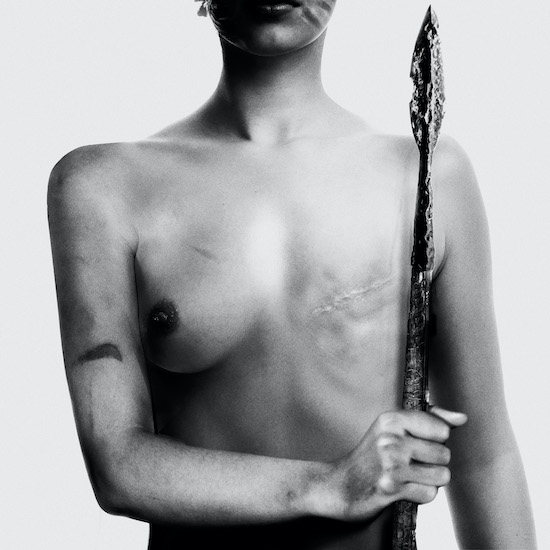 They say you should never judge an album by its cover, but when the image is as arresting and enigmatic as the one which adorns this record it’s practically impossible not to.

Are we to take this image as a vision of strength or a study of scars? A meditation on vulnerability, or a celebration of our vitality? Is it about pain and loss, or our ability to resist and to endure, no matter what is thrown at us?

Or is it none of these things. Is it simply about what makes up a body, not just as a conglomeration of flesh and bone, but as a collection of years and experiences which mark us, and shape us, in ways both big and small?

And, if so, what does that say about Cross Bringer and their visceral, venomous debut, which we’re premiering today? 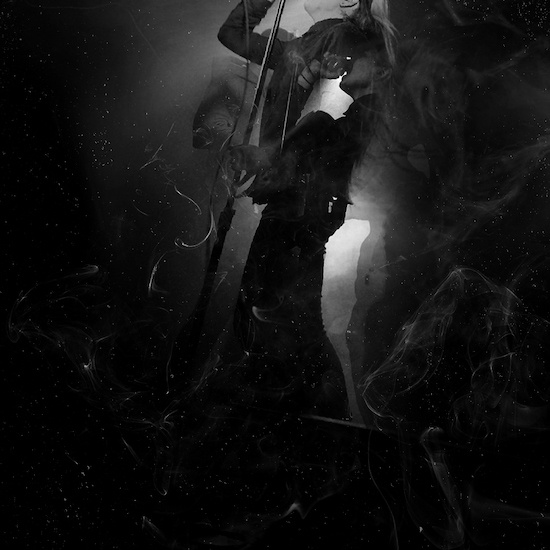 We can say this about the music, that within a cage of blackened bones, beneath a sheath of meaty metallic muscle, beats the true Hardcore heart of The Signs of Spiritual Delusion, a record whose scalding fury and scathing intensity in turn hides a deeper well of raw emotion and spiritual discontent.

Formed in 2019 and composed of members of Euglena and The Homeless is Dead (who are now divided between Russia and Belgium), Cross Bringer have combined remorseless rhythmic punishment, mind-mauling dissonance, no-holds-barred vocal intensity, and strands of melody that channel desperation and defiance in equal measure, to create a musical experience that hits hard and digs deep, sometimes terrifyingly so. References to the likes of early Celeste, This Gift Is A Curse, and Plebeian Grandstand wouldn’t be out of place.

Apart from the shattering impact of the band’s sonic barrage, however, The Signs of Spiritual Delusion has other meanings, as that striking album cover alone suggests. It was recorded just before the outbreak of the global pandemic and resonates with the current atmosphere of confusion, deprivation and madness. As the band explain, “The album represents phases of the phenomenon called Prelest: absence of reference points, obsession and the search for new meanings, when the existing value system is already crumbling, and the new one has not yet been created”. They further state:

“Prelest is also an intermediate state, a crisis of faith, in which illusions deceive, tempt, take possession of consciousness, and fantasies lead to obsessions. We all, one way or another, are in a state of search for verity, trying to escape from harmful illusions and get rid of false ideals, muffle haunting inner voices, but we don’t always realise we’re not alone in this. Signs of spiritual delusion are often similar, we just need to be able to recognise them and not let them completely enslave us, so that there’s no turning back”.

There is a solemn, reverential, and wondrous feeling in the swelling swirls of synthesizer melody that open the album’s first track, “(Untitled) Prayer”, though those sounds seamlessly become increasingly abrasive and tormented, until the point when drums and heavy chords come down like massive hammer blows. The immersive sound rises and blazes, and a voice screams a prayer….

But Cross Bringer really begin to show you their full power in “The Battle Of The Weak”, an attack of hammering drums, peals of dissonant riffing, and scorching vocals. The song erupts in blast-beat bursts and frantic, feral chords. It feels savage and wild, nearly unhinged in its intensity, a combination of punishing rhythmic assaults and near-relentless flashes of morphing guitar frenzy, a maelstrom of torment and conflict.

Slow, dismal, distorted notes ring out and reverberate at the onset of “Supplication / Sacrament” in a way that creates a crushingly lonely and depressive mood. If that is the supplication, it is a forlorn and even hopeless appeal, and the sacrament proves to be a storm of brutalizing violence and derangement, with the band again combining rapidly changing drum and bass assaults and screaming, guitar discordance. The fretwork darts and swivels, spirals and swarms, spins into shrieks and moans in despair, undergirded at times by grand, momentous bass pronouncements and methodical drum blows, and at other times by explosions of weaponized mayhem. Insanity reigns for much of the song, but at the end it becomes a dirge of abandonment and pain. (The vocals, as ever, are an embodiment of wrenching pain all by themselves).

The flow of the album is astutely arranged, and so the band follow the shattering emotional upheaval of that last track with the mysterious and mesmerizing “The Sun Ritual”, an ambient piece that combines gleaming waves of sound with the shiver of orchestral strings. It seems to stop time, and then seems to end too soon — and then we’re thrown back into the maelstrom with “Temptation Of Naivety (Untamable Black Dog)”, a riot of slaughtering drumwork and maniacal riffing that straddles a line between cruelty and desperation, throwing off febrile filaments of dissonance along the way and grand chord fanfares that have an apocalyptic aura.

There’s no dramatic change in “Torture Incantation”, but instead another gauntlet of absolutely pulverizing, hyper-blasting drumwork, ear-lacerating vocals, and boiling, mercurial riffing. The band throw in some start-stop rhythmic segmentation just to keep you further off-balance, as well as moments of groaning doom and teeth-on-edge string torture, but the onslaught is mainly overpowering, and the emotional resonance is suffused with bruising bleakness and mind-exploding agony.

Cross Bringer chose not to end the album by pulling their punches, but instead to keep the intensity in the red zone, which is mainly where it has been for most of the record’s duration. “Self-Inflicted Martyrdom” is a relatively short, sharp shock, but it includes segments of ominous, earth-splitting grandeur to go along with the outbursts of sheer unchained ferocity that they do so well and with such shuddering authenticity.

The Signs of Spiritual Delusion  is set for release on September 18th via Consouling Sounds. It was recorded at DTH Studio in Moscow and at BuzzyLick Studio in Saint-Petersburg, and was mixed by Luc Ferre in Toulouse, France. That remarkably cover image was made by Dehn Sora. And now we leave you with some final words from the band:

“We hope that those who this record resonates with know that they are not alone in this crisis, chaos and uncertainty. Do not fall under the spell of dictatorships. Seek truth through kindness. Welcome change.”

(Credit for the opening five paragraphs of this review goes to my friend Andy Synn.)

3 Responses to “AN NCS ALBUM PREMIERE (AND A REVIEW): CROSS BRINGER — “THE SIGNS OF SPIRITUAL DELUSION””