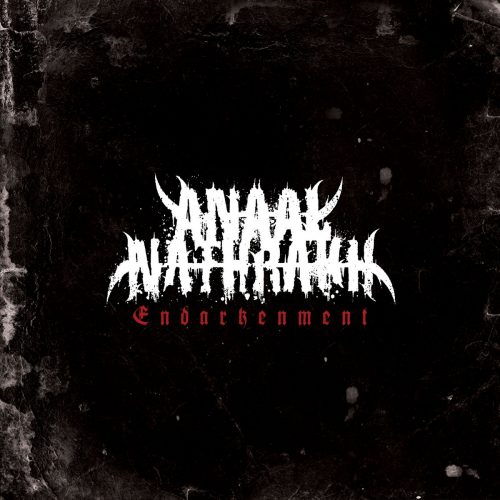 (Here’s Andy Synn‘s review of the new album from Anaal Nathrakh, which is set for release on October 2nd by Metal Blade.)

They say (whoever “they” are) that you can’t teach an old dog new tricks.

But when that dog has been outfighting, outfoxing, and outfucking the competition, cleanly and consistently, for pretty much the last twenty years, then why would you want to mess with success?

That’s the position that the two-headed rabid pit-bull named Anaal Nathrakh find themselves in right now, as while the band’s modus operandi may have evolved and mutated a fair bit since their Total Fucking Necro days, the underlying formula for their sound [grinding velocity x blackened venom + voracious hooks] remains practically unaltered.

The problem with this sort of approach, of course, is that at some point you’re going to run straight into the creative (and commercial) roadblock that is “the law of diminishing returns”, where just doing the same thing over and over again has less and less impact each time.

So, with the release of their eleventh album right around the corner, the big question now is… do Anaal Nathrakh have anything new to offer the world, or is it time to take them out back and put them out of their misery? 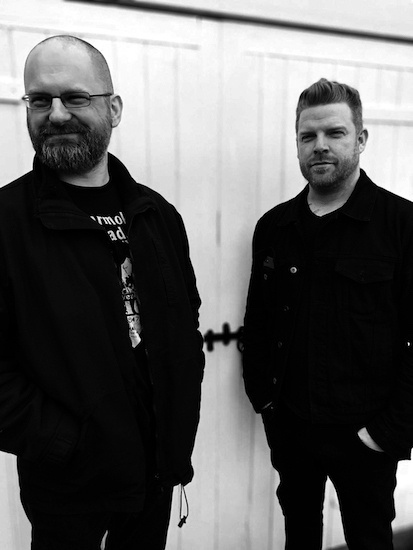 The answer to that question is no… and no. Because while Endarkenment doesn’t bring anything new to the table, the band themselves are as vital, as vibrant, and as vicious, as they’ve ever been, and clearly aren’t ready to lay down and die just yet.

There’s the high-velocity, hook-heavy bangers (“Endarkenment”, “The Age of Starlight Ends”, “Create Art…”), the blackened, blast-fuelled grinders (“Thus, Always, to Tyrants”, “Beyond Words”, “Punish Them”), and the outrageously OTT, malevolently melodic mini-epics (“Libidinous…”, “Feeding the Death Machine”, “Singularity”, “Requiem”), all of which find the depraved duo still at the very top of their game, producing music that’s as fast and as furious, as punishing, as pissed-off, and as prodigiously catchy, as ever.

So far, then, so familiar(ly ferocious).

But what separates this record from its predecessors, even if only very slightly, is how mercilessly refined the whole thing is, with pretty much every ounce of fat or wasted space having been stripped away in service of an ever tighter and more streamlined songwriting style that prioritises pure intensity and instant impact over unnecessary diversification or unwanted experimentation.

The opening title-track, for example, wastes no time with frilly intros or pseudo-atmospheric embellishments, and just gets straight down to belligerent business, before hitting you with a gargantuan chorus that’s as uplifting as the rest of the track is unruly.

And second track “Thus, Always”, to Tyrants” is even more direct, delivering a short, sharp, shot of abrasive audio-adrenaline in just over two-and-a-half minutes of pure, propulsive rage.

Truth be told, you’d be hard-pressed to find a song here that doesn’t get right to the point, and go straight for the throat, as it’s only really “Libidinous…” and “Singularity” that have anything approaching an “intro” of sorts… and even they barely allow you time to catch your breath before going full-throttle, hell for leather, right into the danger zone.

The band themselves have stated that this is their most “mature” record yet, and considering how tightly focussed everything is here – the duo clearly know exactly what they want to do, and what they want to sound like, at this point in their career, and are dead-set on delivering this with ruthless efficiency – I have a hard time doubting that assessment of the album, even if it does come from a slightly biased source.

But they’ve also stated that Endarkenment is a much “brighter” album than its predecessor(s), which is a much more interesting statement although, again, also not one I find myself disagreeing with after spending so much time with the record.

While it’s not as abrasively nihilistic as The Whole of the Law (an album which I recently found to be even more aggressive than I remembered), nor as unforgivingly bleak as A New Kind of Horror (whose chosen subject matter practically guaranteed a certain level of pure grimness), the “brightness” of Endarkenment doesn’t refer solely to its more melodic nature (particularly since it’s still as vicious, and as visceral, as a nest of vipers).

What it really refers to is the album’s overall tone and the way in which, both lyrically and musically, it cuts right through the bullshit, never hiding or disguising its intentions, or seeking to conceal the ugly truth. What you see, and what you hear, is what you get. All laid out in the cold light of day.

But does this make it the best Anaal Nathrakh album yet?

Probably not, no. Though, let’s face it, at this point if you asked ten different people what the “best” AN album was you’d probably get ten different answers.

What it is, however, is the right album for right now. An album whose immediacy and intensity are beyond reproach, and whose total lack of posturing or pretension speaks volumes about the band’s confidence in simply being who they want to be, on no-one’s terms but their own.