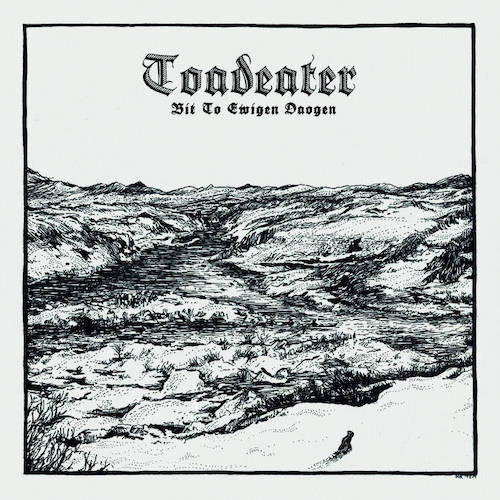 (This is Andy Synn‘s review of the new album by Germany’s Toadeater, which is being released today.)

When it comes to the ongoing discussion about how/whether to separate the art from the artist I tend to err towards the idea that, ultimately, it really comes down to a matter of personal choice.

Sure, we can do our best to engage, discuss, and inform one another on the (not so rare) occasion it turns out that one of our favourite bands or artists turns out to have some… let’s say “questionable” views (or is just a reprehensible, irredeemable piece of shit), but ultimately it’s up to each of us, individually, where we draw the line.

Your circumstances will also affect how you act/react in response when an artist/band crosses that line – for myself there are bands I’ll still listen to but whom I choose not to use my platform here to promote, for example – but the one argument that doesn’t hold any water, not with me anyway, is that you can’t/won’t stop supporting a band “because there’s no-one else as good out there”.

The truth is there’s never been more great music out there. Sure, there’s a lot of dross. But there’s more opportunities now than ever to discover someone/something new when one of your old bands betrays you.

So if you’ve been struggling for a new Black Metal fix to replace your old one, Toadeater have you covered. 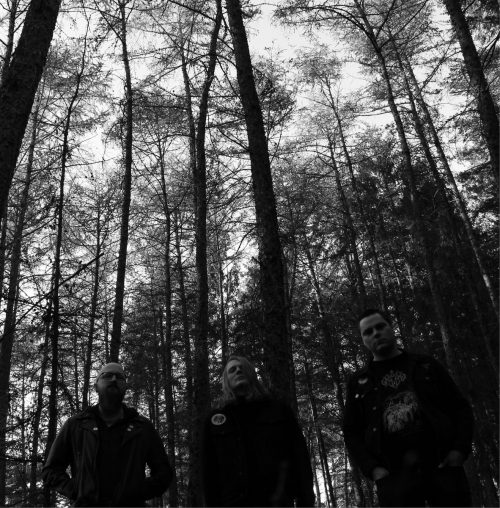 Some of you may remember this band from my short, but pretty damn positive, review of their debut album, Codex, last year, but for those of you who are only just encountering the band for the first time Toadeater are a three-piece Post-Black Metal meets Blackened Crust combo from Osnabrück, Germany whose sound (particularly on their new album) shares a lot of common ground with the early works of the dearly-departed (and much lamented) Altar of Plagues.

But if those mentions of “Post-” and “Crust” elements above have you racing for the exit (or, at least, the “Back” button) please be aware that on Bit to ewigen daogen the trio have pushed things much more into the Atmospheric Black Metal part of the spectrum (with a major emphasis on the “Black Metal” part of that descriptor) in a manner that doesn’t just recall the best bits of AoP but also possesses a level of fury and intensity reminiscent of both Woe and Mgla in places.

Now I know what you’re thinking… any time any band gets compared to Mgla there’s always at least one person (and usually several dozen) who can’t wait to let me/us know how wrong and misguided we are in making that comparison. But you can’t tell me you don’t hear the similarities in, say, the back half of “Returning the Crown”. Not without lying through your teeth anyway.

Don’t get me wrong, it’s not a 1:1 match by any means (Toadeater don’t have the same focus on hypnotic percussive patterns for example, and their taste in melody is, if anything, even more eccentric) but the band’s sense of rhythm and flow, along with their obvious gift for crafting icy melodic hooks, makes them at least a close cousin, if not a direct blood relation.

Of course, Toadeater are more than just a carbon-copy of their peers and/or influences (let’s face it, wouldn’t be talking about them right now if that were the case) and it’s those moments where the group step off the beaten path – the transition from almost out-of-control extremity to brooding, somnolent minimalism in “Conquering the Throne”, the miserable, almost DSBM mid-section of “…the Crown”, the piercing leads and simmering atmospherics of cathartic closer “Too Close to the Sun” – where you really get a taste for their true potency and potential.

I’m not going to say much more about this one – it is coming out today after all, and so you’ll all be able to sample it in full for yourselves – but I will say that Bit to ewigen daogen is an album that’s both impressively raw (there are several moments where things reach such a frenzied fever-pitch that the whole record threatens to go flying off the rails) and refreshingly unpretentious, despite the various zeitgeist-friendly tags and labels it’s been stuck with.

So give it a listen, and give it a chance. Who knows, you might just end up discovering your new favourite band.