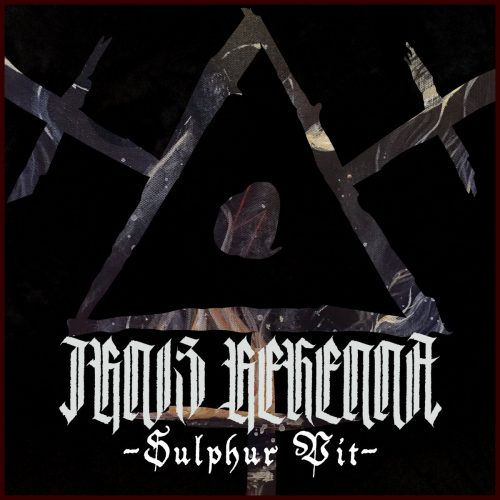 I haven’t heard the earlier version of “Sulphur Pit”, and so I’ve taken this new version just as it comes. It’s quite a striking experience. At more than eight minutes in length, it has room to change and explore. An aura of ritual emanates from the opening ambient tones, but the music becomes a flame-like ecstasy of rippling chords, climbing the scale and descending. In the midst of those quasi-deranged manifestations there are outbursts of ravishing savagery (the teeth-bared roars are always savage), and the music also conveys a kind of poisonous and bombastic grandeur, as well as melodies both bleak and baleful.

The song further includes spasms of jittery and jolting fretwork as well as sinuous, exotic leads whose chiming tones sound like aural black magic unfurling over a deathly march.

The new version of “Sulphur Pit” is now available as a stand-alone single at Bandcamp. Rites of Transvaluation will be released on November 1st by the band’s label Aeon of Fire Music. 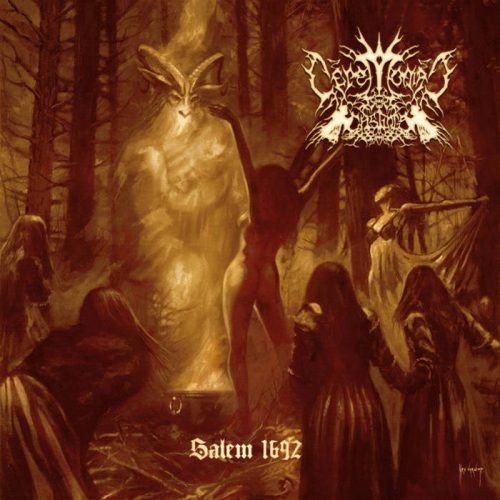 The roots of the Pacific Northwest band Ceremonial Castings extend back to the mid-’90s, and from 2002 through 2014 they released no fewer than eight albums.  One of those eight was 2008’s Salem 1692. While it’s unclear when or whether the band will resume creating new music, they did decide to re-record Salem 1692, in honor of the women who suffered and burned in that horrid time of witch trials.

For this re-recorded album, the band’s core members — the brothers Jake Superchi (Uada) and Nick Superchi (Mysticism Black) — were joined again by drummer Matt Mattern, and the record was mixed by James Sloan and mastered by Greg Chandler at Priory Recording Studios in the UK. It features cover art by Kris Verwimp.

As for the music, so far we have an advance track named “Damned Be Those of the Craft“. It succeeds in combining sensations of witchery and dread, of menace and fear, of monstrous cruelty and shattering grief. The high, flickering and rippling keyboard accents are fascinating, and a vital component in the song’s mystical atmosphere (they could also be understood as the effervescence of innocence), while the boiling and grinding riffs and vicious snarls bring in sensations of unreasoning violence.

The changing passages of the music usher it through moods of agony and despair. It jabs and jolts in sudden frenzies, and the vocals transform into terrifying, bellowing growls, but the song also creates moments of sorrowful yet mesmerizing splendor. Reverent choral voices surface here and there, but we know what that meant — the hypocritical piety of killers. 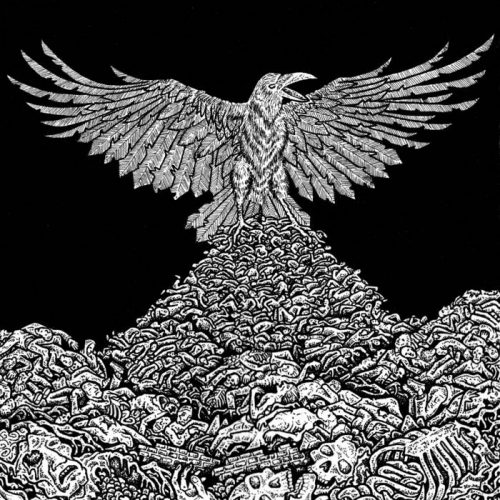 From a band who’ve been plying their craft for decades we turn to one that seems brand new, or at least I can’t find any sign of recordings by this Finnish group which preceded the album named Prey, which is set for release on December 4 by Primitive Reaction.

The first advance track from the album, “Throne of Blood“, is an enticing teaser for that record. The high, ringing riff sets the hook quickly, creating a feeling of splendor, while the drums ignite riotous tumults and the vocalist flays his throat in torrid screams. The melodies continue to fly across the top of the song in glorious tones as the rhythms switch into cantering cadences, but things eventually take a gloomy turn. The band become methodical executioners, pounding and pounding, and the guitar moans and weeps, like chimes of desolation. As despairing as those chiming tones sound, however, they’re just as entrancing as the high-flying ones at the outset of the song.

To close this large two-part collection, I decided to give you a sharp turn in the musical path. This final selection is Wÿntër Ärvń cover of Xasthur‘s “Walkers of Dissonant Worlds” from that band’s 2004 album To Violate the Oblivious. The cover is destined to appear on an album named Abysses that will be released by the Antiq label in February 2021.

For those unfamiliar with Wÿntër Ärvń, it’s the “neofolk/darkfolk” solo project of French musician Simon Brette. On this new album he is joined by such guests as cellist Raphael Verguin (Rïcïnn, Spectrale, Psygnosis), singer Hexēnn, and clarinetist Vittøriø Sabelli (Dawn Of A Dark Age).

This new cover, rendered in French as “Marcheur de Mondes Dissonants“, is simply beautiful — deeply sad, to be sure, but the gradual layering of acoustic instruments (coupled with the pound of a hand on the wooden body of an instrument) creates spellbinding harmonies. The vibrancy of the song increases as it goes, giving the music a feeling of intense yearning and brightness, while the harsh vocals create an embellishment of fury, or pain, or both.