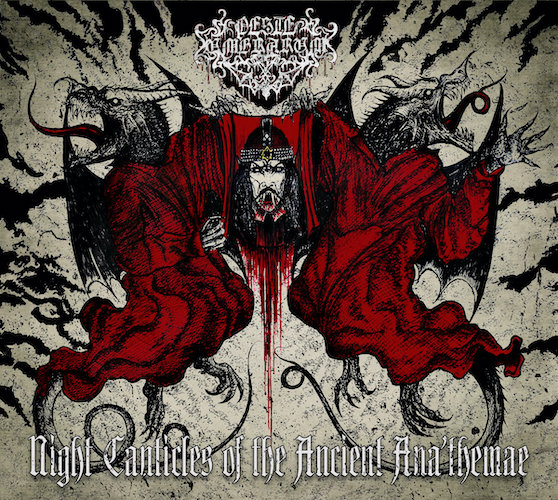 Barely more than two years ago I was floored by Night Shines Eternal, the debut demo by Peste Umbrarum, a Portland, Oregon black metal band that includes members of Panzergod, Death Fetishist, and Deathsaw, and former members of Daemoniis ad Noctum, Cult of Unholy Shadows, and Hiding. I wrote then, at the end of a lengthy review: “This demo really is a stunner, powerfully expressing a range of moods from debilitating depressiveness to incendiary euphoria. If I had to sum up it up in a single word, it would be this one: Magnificent”.

It was thus with genuine excitement that I learned Peste Umbrarum would be releasing their first full-length. Entitled Night Canticles of the Ancient Ana’themae, it shows every sign of being not just as magnificent as that first demo, but even more spectacular. It’s projected for release in time for Samhain by Astral Nightmare Productions, and it’s our great pleasure today to present the first advance track, an exhilarating experience named “Where Vile Tempests Convoke (I Am Borne)“. 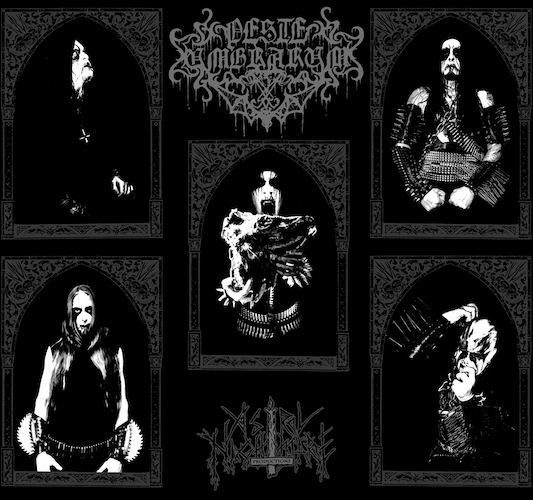 True to its name, the song is tremendously tempestuous, and it whirls the listener through a brilliantly dynamic soundscape that’s thrilling to behold through each of its twists and turns. Launched by a sudden storm of blasting drums, vibrant bass, blazing riffage, and unhinged howls, the song initially has a vast and panoramic quality, though it’s a scorcher at the same time. When the rhythm section shift into a rocking, syncopated cadence the swirling and soaring sounds begin to radiate a darker and more despairing aura, a sense of bleak and harrowing struggle, though still ravishing in its spirit.

There comes a time when the music hammers and eddies across tumbling and smashing drumwork. Spoken words appear, along with a mercurial riff that’s enticing and hypnotic. The drum rhythm kicks into a gallop as the leads become a darting and dervish-like presence, though the vocals are as savage and possessed as ever. The cadence and the riffing continue to morph, swinging and dancing, burning and cutting, culminating in a final display of ferocious ebullience.

The song really does seem like a convocation of vile tempests, bearing us aloft, but there’s something about the song that strikes this listener as a joyful revel, notwithstanding how vicious and unsettling it becomes at times. It’s a great way to celebrate the coming of Samhain, and it’s available to download now as a stand-alone single on Bandcamp.

We don’t yet have a precise release date for this five-track album, but we do know it will be released on digipak CD as well as digitally. For more news about the release, keep a watch on the locations linked below. Peste Umbrarum are: