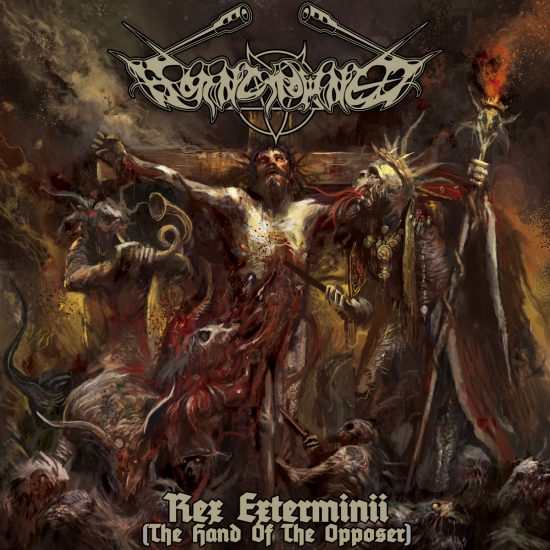 As of today, two songs from the new album by Horncrowned are out in the world, doing their best to burn it to cinders. The one that was released first is the title track to that album, Rex Exterminii (The Hand of the Opposer), and the second is the track we’re now premiering — “Die Judicii (Appalling Abomination)“.

Rex Exterminii (The Hand of the Opposer) is this Colombian black metal band’s fifth album in a near-20-year career. It will be released by Ketzer Records on November 20th. It will leave you shell-shocked, blistered, and breathless. 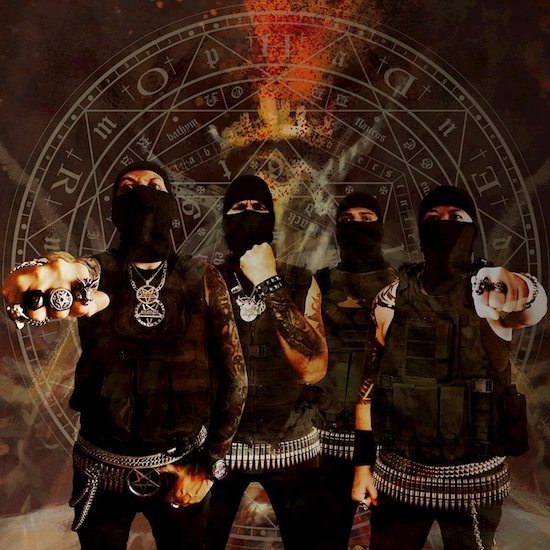 Ketzer’s publicist describes the music of Horncrowned on this new album as a “remorselessly violent brand of bazooka-blasted black metal”, but also astutely refers to the album as one in which the band “balance their berzerk violence with an eerie melodicism that simply sharpens that attack to a masterful degree”. That latter point is one that comes through in both of the tracks you can listen to now, and it is indeed that balance between hyper-fast, pitiless brutality and insidiously insinuating melody that makes them stand out.

For this writer, “Die Judicii (Appalling Abomination)” spawned visions of a white-water trip through the deepest gorge of Hell, with flames as the propellant instead of water and crazed demons as the rafting guides. It’s such a raging tumult of sound, composed of massive booming drum artillery and blazing waves of searing tremolo’d chords. The riffing rises in cascades of roiling, incinerating glory and falls through ravaging descents of bleakness and misery.

The dense, rippling and writhing sounds are immersive, and the conflagration becomes even more extravagant when a guitar solo erupts in a display of sheer savage fret-melting lunacy. The drums also go wild, discharging lightning-fast blasts and progressions, and monstrous roars join together with the demon shrieks to help send the song to a bombastic and splendorous finale, summoning visions of hellish grandeur.

The title track also sounds like we’ve been hurled into the midst of an inhumanly accelerated artillery cannonade. The bludgeoning impact of the rapid, start-stop assault is eye-popping. In the midst of that destructiveness an exotic Eastern-styled melody slithers like a viper, and the demon commander snarls his vitriol in rabid tones. Eventually, the band unleash rolling thunder and blasting beats, and that melody heats to a boil. The chaotic violence sucks all the air out of the room, so take some deep gulps before you begin.

This band’s nearly two decades of work shows in the quality of the music, which is a well-conceived and sharply executed display of satanic armageddon (to borrow the title of their second album). It also shows their relentless dedication to this kind of savage black craft. 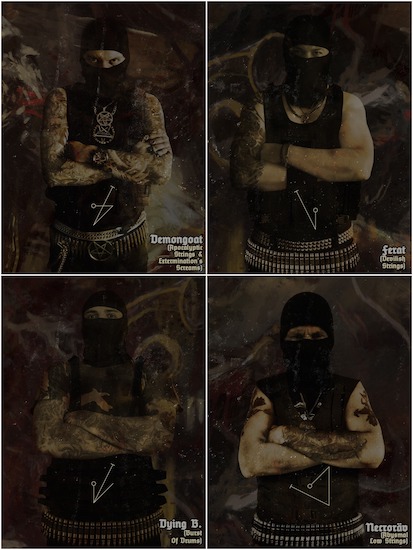 The new album was mixed and mastered by Demongoat at the Demonic Attack Studio, and the cover artwork was done by one of our favorite metal artists, Mitchell Nolte. It will be released by Ketzer on CD. For more info, check the links below. (And remember to take deep breaths before you start listening….)