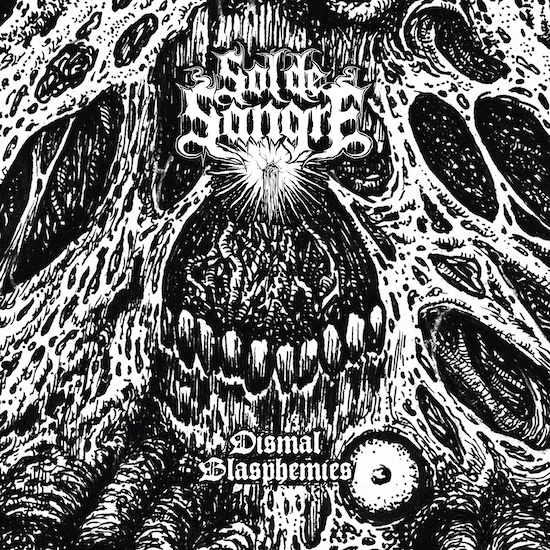 Going back to September 2017, this is the seventh time we’ve written about the Colombian death metal band Sol De Sangre and the fifth time we’ve happily hosted the premiere of their music, including their self-titled debut album in 2018 and the Sol De Sangre‘s tracks on La Senda De La Muerte, a split EP with Pánico Al Miedo in which both bands covered songs by giants of the death metal pantheon. Basically, Sol De Sangre‘s music hooked me early, and obviously they haven’t let go. 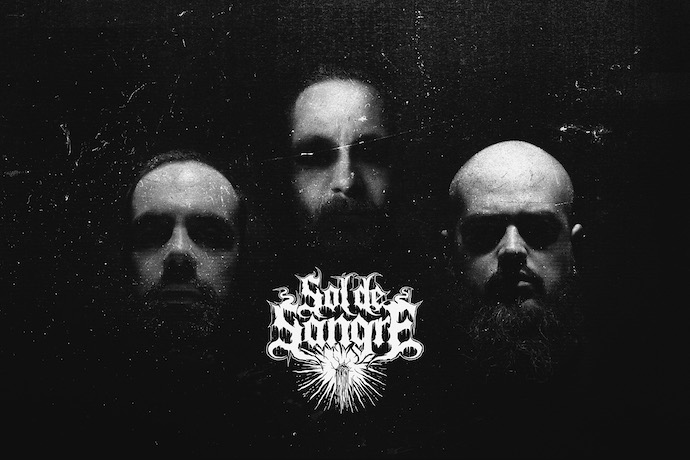 In their own comment about the EP, the band told us this: “This time around we made no experiments, no mixtures, no fashions, no disguises, no gimmicks. This is a tribute to what was great and will be forever: Death Metal.”

Three cheers for that! And those aren’t empty words, as you’ll learn from listening to “Dismal Blasphemies“. Although the song contains a variety of moving parts, they all work together to create a thrilling experience — one that’s skull-busting, neck-ruining, eviscerating, and even magically seductive.

The chunky, chainsawing riffage will rumble the guts, and when it rises, it sounds like maddened hornet swarms — but it also transforms into a brutal, chugging pile-driver. In all of these changing manifestations, the music creates a livid atmosphere of madness, mayhem, and monstrous ecstasy. Meanwhile, the drumming (which is a head-hooking performance throughout) alternately gallops, spits bullets at a high discharge rate, and methodically cracks the spine, in partnership with a hard-slugging and savagely growling bass.

Speaking of savage, the vocals are a barbaric display, moving from deep, well-rounded growls and bestial grunts to hair-raising howls. The element of sorcerous seductiveness in the song comes from the wailing and spell-weaving guitar solo, which shifts the mood of the music, in mesmerizing fashion, into an otherworldly realm.

In sum, “Dismal Blasphemies” is a great reminder of how good Sol De Sangre are, and also great nourishment for hungry addicts of old school death metal, particularly of the old Swedish school. And the video turns out to be as much fun to watch as this song is to listen to. Credit for the making of it goes to Sol de Sangre’s drummer Gonzalo Restrepo.

In time we will have something to say about the other two tracks on the Despair Distiller EP, but we’ll hold back until we get closer to its release. In the meantime, keep an eye on the following locations for more news — and if you’re encountering Sol De Sangre for the first time today, by all means explore their previous releases at Bandcamp.