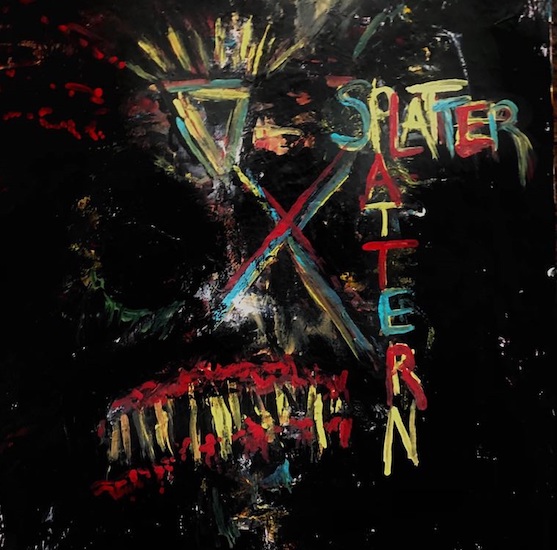 After listening to “Splatter Pattern” a few times, it occurred to me that when Fedsmoker decided to release the track on New Year’s Eve they really weren’t trying to ring out the old year, but to bludgeon and burn it to the ground — all of it, from January 1 straight through today. I’ll drink to that!

We’re told that “Splatter Pattern” was the result of this Pacific Northwest powerviolence/hardcore trio — drummer Benjamin Hall (from Rot Monger and Honey Badger), guitarist Devon Jensen (Infrablaster, The Festering), and vocalist Scott Rozell (Sterileprayer, Scatterbox) — experiencing months of pandemic cabin fever. They’re not alone in that experience, of course, they just have ways of letting the fever run wild which most of us don’t have. 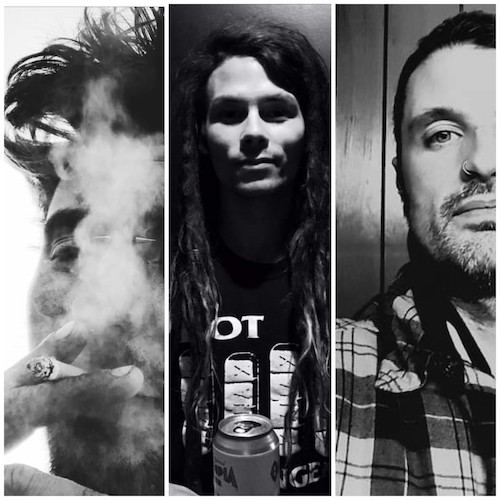 Rozell‘s vocals are so unhinged that you may have trouble deciphering the lyrics, but they involve mental illness, lack of preservation, and the urge to harm. They tell the story of a drug trafficker’s large-scale drug deal before (and after) someone decides to make it his last. Backing up Rozell‘s screaming vocal depravity, Hall and Jensen churn out ugly, mauling riffs and neck-cracking beats, which accelerate into mayhem, slowly devolve into a dismal and brutish crushfest, and then rocket into mania one more time — leaving a splatter pattern behind them.

This new single is digitally available as of today (name-your-price at Bandcamp), but is also destined to appear on an upcoming split that will be released on 12″ vinyl by Blackhouse Records Ltd in early 2021. That should help kick-start the New Year after we’ve buried the old one (or at least tried to).

This new record follows the band’s release of a self-titled debut EP in September 2020, which you can also find at Bandcamp. To make it easier to check out that barrage of brawling violence, nightmarish oppressiveness, and perpetual rage, we’ve included a stream of it just after “Splatter Pattern“.