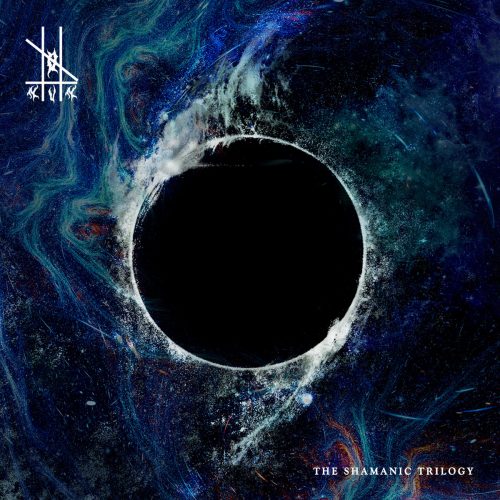 The Portuguese musician Nuno Lourenço (who lives in Brazil) is a very interesting figure. His creative work runs through his fascinating and currently active solo projects Salqiu and 0-NUN (the subject of today’s lyric video premiere), as well as the also-fascinating multi-national collaboration known as Thermohaline (whose 2020 self-titled EP is a must-listen). However, he came to this work relatively late in life.

As revealed in an extensive recent interview at MoshPitNation, he is self-taught and only began playing at the age of 43 when his children were born. o-NUN didn’t take shape until the pandemic year of 2020, when he was confined at home with that pair of hyperactive twins (who had reached the age of seven). Those stresses, as he explained, combined with the challenges of dealing with life-long depression and a complicated and stressful professional life, found an outlet in 0-NUN, a fountain of experimental black metal through which he released a sequence of three thematically connected EPs last year known as The Shamanic Trilogy. To quote from the interview:

“Most people can’t even start to imagine what all of this combined does to a guy. When I, occasionally, have the time to escape to my humble studio, put on the headphones and play the record button, I enter my fantasy world and my mind heals. The way I record, the way I feel when I’m playing, and the way my mind transmits orders to my fingers in order to create my tracks, is nothing short of a ‘soul orgasm’. If you can picture the idea of ‘Nirvana’, a place where you can feel the world, or the room of the Akashic Records, where all questions have an answer, that’s basically what I experience.

“Honestly, the thing that matters the least is the final result of the track that was recorded. The whole thing is all about a therapy, a catharsis…. I believe 0-NUN was more of a defensive mechanism against depression, than any other thing. You know, keeping the mind busy, even if with such dark thoughts and themes, is a powerful weapon against even darker thoughts. So 0-NUN was really (yet again) a healing process”. 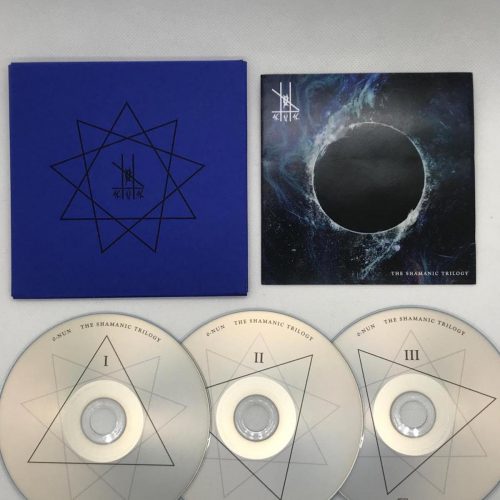 The need to create as a means of therapy and catharsis, particularly during our plague-induced lockdowns, hasn’t been unique to this particular creator, but the ways in which he has ministered to his afflictions have turned out to be remarkably ambitious, distinctive, and thoroughly arresting.

We reviewed the first two of 0-NUN‘s EPs (Nihility Ascetics and Dissociate, Alienate) here and here, characterizing the music (in part) as “weird and wondrous”, “music that ignites the imagination, often in unsettling ways”. The third EP, “Transcendental“, was no loss extraordinary, and the circumstances under which they were created, revealed in that interview, make the achievements all the more awesome.

It is thus no wonder that the distinctive Italian label Brucia Records has chosen to release all three EPs in a sumptuous three-CD edition, with each disc running at the exact length of 22 minutes and 22 seconds, and the three together comprising 66 minutes (and 66 seconds) of persistently surprising sound.

To help spread the word about this new physical edition of 0-NUN‘s achievements so far, we are today presenting a lyric video (created by Acherontia Atropos Inc.) for a song from Part I of The Shamanic Trilogy named “I Call Myself Agony and Torment“.

As a way to draw attention to the release, it’s a great choice among all the songs from the trilogy. A few gravel-toned bass notes are all the warning you get before the track begins hammering and harrowing in a grinding and battering ferocity. Vividly darting bass notes, weird theremin-like vibrations, and dancing calliope-like melodies enter the picture — along with blood-freezing vocals, maniacal drumwork, low-frequency sensations of mangling and demolition… and a string quartet playing a waltz. It seems like a trip through an other-dimensional madhouse, but it will get your head moving too.

Should you be intrigued enough about the story of 0-NUN and the music (and why wouldn’t you be!), we encourage you to read more of that interview cited earlier. It includes much more information about the dark, intriguing themes of The Shamanic Trilogy, the creative process behind the music, and even the origin of the name 0-NUN and how it connects to the conception of the three EPs.

Brucia Records sums up The Shamanic Trilogy as “a terrifyingly dark and ominous release, skillfully combining the rawness of Black Metal, awe-inspiring tribal and ritualistic parts, and dark symphonic passages”, and recommends it for fans of Mysticum, Limbonic Art, and …and Oceans. The limited-edition triple-CD release is available for pre-order now (and we’ve included a stream of it after the links). It will be released on January 22nd.

4 Responses to “AN NCS VIDEO PREMIERE: 0-NUN — “I CALL MYSELF AGONY AND TORMENT””