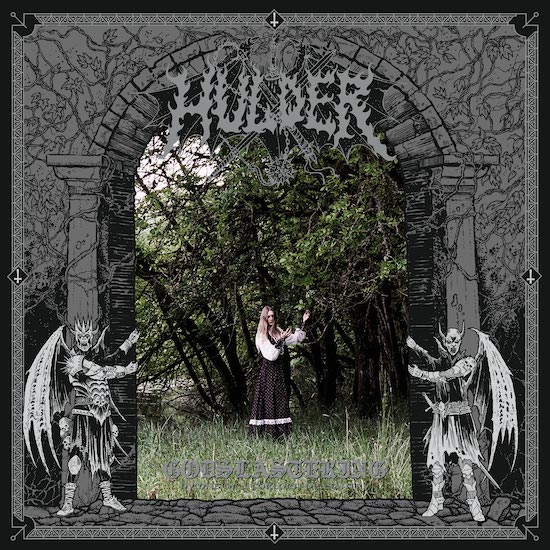 Hulder’s debut album Godslastering Hymns of a Forlorn Peasantry is a transportive experience. To be sure, it’s loaded with contagious riffs and head-moving rhythms, but it’s greatest success is in spurring the listener’s imagination, spiriting it away to settings that are far away from the mundane world. Many of those settings are the stuff of nightmares. Others are beguiling and bedazzling, but even then are beset by menace.

In your mind you may walk the halls of ancient castles inhabited by hellish princes and hostile wraiths, or wander through haunting midnight forests under a crescent moon. Your blood may be chilled by the emergence of vampiric creatures from an unsettling gloom, or quickened by the whirl of dancing — witnessing both peasants cavorting ’round a roaring blaze in a freeing moment, and minuets in imperious ballrooms long lost to the ages. But none of it seems real, and almost all of it feels sinister and perilous.

The combination of all these sensations makes the record electrifying, and one there’s no temptation to leave after you get into it. It’s thus with great pleasure that we present a full stream of it in advance of its January 22nd release by Iron Bonehead Productions. 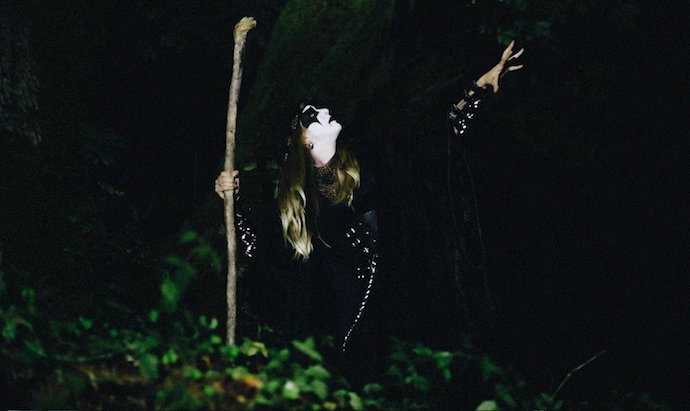 The album is all the more impressive because it’s the work of a single individual, who was born in Belgium and now dwells in Portland, Oregon. In photos she presents herself in dramatically contrasting guises — wearing corpse-paint and brandishing spikes and swords, but also adorned in long dresses wandering through sunlit pastoral surroundings. This may be taken as a sign that Hulder both draws inspiration from the old classics of black metal (and it’s a broad range of influences for sure), but also doesn’t feel hemmed in by them.

That feeling comes through in the music. There’s certainly enough black metal bite to satisfy savage cravings — plentiful doses of blasting drums, grim and ripping tremolo’d chords, and vicious vocals. On that latter point, don’t be misled by Hulder’s appearance. The growls are bestial, and the snarls are venomous. But there’s a lot more going on here than bitter and brazen ravages. 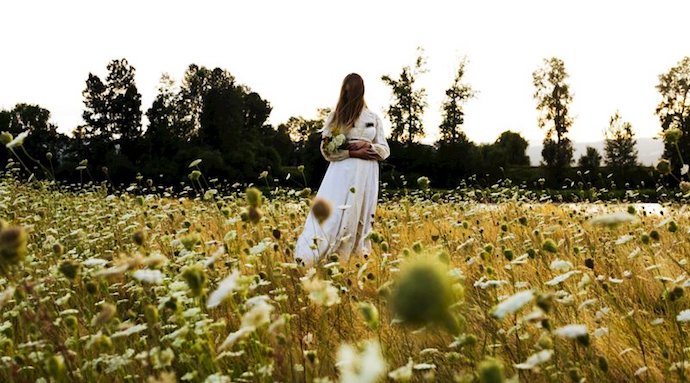 By interweaving elements of dungeon synth, Hulder provides excursions into spectral realms, and also introduces otherworldly keyboard melodies in less turbulent moments that then carry forward when the surge resumes. Hulder creates medieval atmospherics in other ways as well, for example through the occasional use of acoustic instrumentation, some of it (as in “Purgations of Bodily Corruptions”) that really brings home the sound of ancient music.

Moreover, both in the guitar work and in the use of synths, Hulder generates melodies that sweep across the songs with unmistakable, albeit pitch-black, grandeur, and also insinuates fiery and flickering leads that supercharge the pulse (the skirling guitar lead in “From Whence an Ancient Evil Once Reigned” is a particular standout). 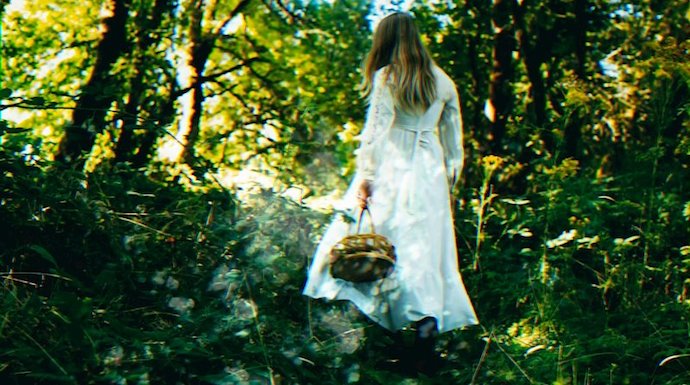 You’ll even get chances to bang your head, the chief among those being the highly infectious “Creature of Demonic Majesty” — which is a menacing beast, thanks to the thrusting and swaggering riff and the rocking back-beat that opens the song, a segment that later reappears after things get more venomous, roiling, and spooky.

And one final point to mention before leaving you to the music: Hulder knows how to write a song. There are structures in these creations, demonstrating a knack for establishing and then cycling between moods and motifs, and then introducing something new, and an equal knack for cooking up melodic hooks.

And with that we invite you to settle in and become transported for the next 40 minutes.

P.S. “Godslastering” seems to be an old Dutch word for blasphemy.

20 Responses to “AN NCS ALBUM PREMIERE (AND A REVIEW): HULDER — “GODSLASTERING HYMNS OF A FORLORN PEASANTRY””