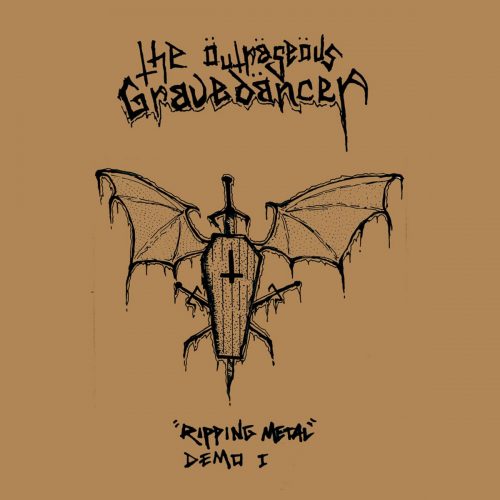 As much as many of us enjoy the realms of the avant garde within the world of metal, no dyed-in-the-wool metalhead would ever deny the continuing appeal of the Old Guard, or the visceral thrills that can be generated by newer bands who embrace the sounds that formed the foundations of heavy metal and carry them forward with the right spirit and uncommon skill. Which brings us to Gravedäncer.

This Brazilian duo, composed of members of Flageladör and Tyranno, have created a debut demo, righteously named Ripping Metal, that’s an electrifying hybrid of early black metal and NWOBHM — think of a union between Judas Priest and Venom. The songs are stripped-down and unpretentious, neither forward-looking nor artificially embellished. They depend on the power of the riff, and a devotion to sulphurous audio aromas that promise the delights and dangers of hell.

And as you’ll discover through our premiere of the demo today in advance of its January 29 release by the Helldprod Records, the primal appeal of what they’ve done is damned near irresistible. 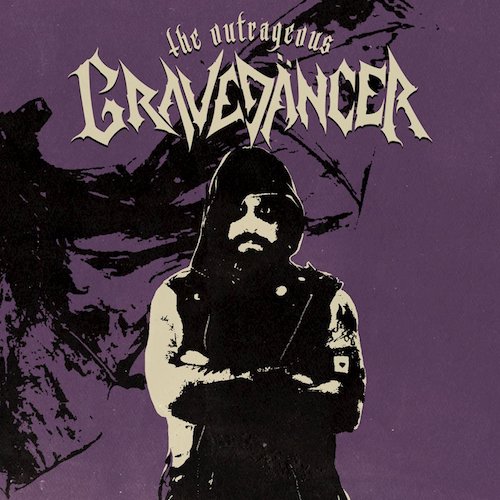 A pronounced aura of the diabolical radiates from all the songs, which becomes immediately apparent in the witchy opening track, “Black Winds Of Doom“, a highly contagious gallop that’s anchored by a main riff that’s both menacing and charismatic. It includes a fiery and flickering solo that sounds as supernatural as everything else about the track, and it also introduces the listener to mainman Armando Exekutör‘s demonic, reverberating, serrated-edge growls and howls.

The sinister and supernatural aspects of Gravedäncer’s music carries through into “Magic Circle“. The deep bass tones and vertebrae-cracking snare beats dig in their hooks, but its again the power of the riff that shines through the brightest — or rather, its shade is dark and devilish, with an air of poison and peril that emanates from the song’s braying and morbid melodic machinations.

The band dial up the speed in the title track. It will quickly get your adrenaline firing on all cylinders, and dig its claws into your head damned fast. There’s also a terrific extended guitar solo in the song’s mid-section that pushes the adrenaline levels to a higher plane. But as hellishly glorious as the song is, the vocals still sound like the mad proclamations of a blood rite echoing off of crypt walls, and they further draw out the elements of menace and malignancy in the music.

After that burst of livid infernal energy, the band keep it high through the rushing surge of “Evil Spell“, which trades off between phases of whirling necromantic exultation and morbid, groaning oppressiveness. And it then makes perfect sense that Gravedäncer chose to close the EP with a thrillingly venomous cover of Venom‘s “Welcome To Hell“, which is red meat for a headbanger, and an irresistible invitation to howl along with Exekutör as he proclaims the song’s title like an imperious werewolf.

Helldprod is making this discharge of black speed metal available on cassette tape limited to 80 precious copies, as well as digitally. They’re available for pre-order now, and unless we miss our guess, they will go fast.