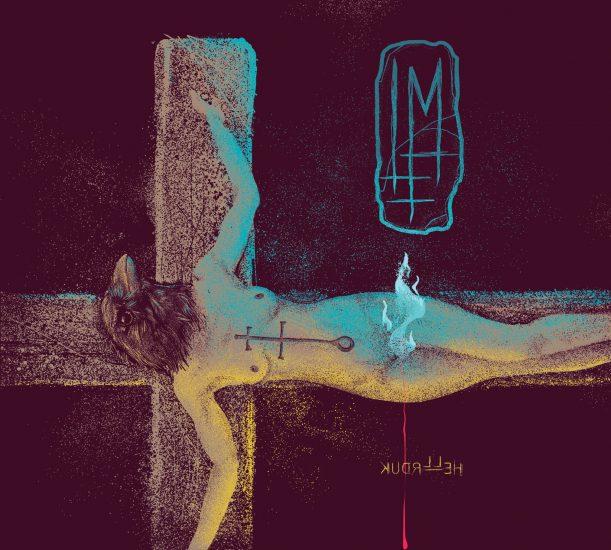 In 2016 Stench Price burst upon the scene with a self-titled debut that included a constellation of guest appearances (among them, Dan Lilker, Rogga Johansson, Karina Utomo, Max Phelps, Dave Ingram, and Shawn Knight) and a highly adventurous approach to grindcore, one that united high levels of technical proficiency and pronounced avant-garde musical inclinations (for example, who would have thought that bossa/lounge music would have a place in grind?).

While all the luminary guests played a role in drawing people into the unconventional and constantly surprising music, the band’s three members deserved the lion’s share of the credit: French drummer Romain Goulon (ex-Necrophagist, Benighted) and Siberian musicians Peter Shallmin (Kamlath, Escapethecult) and Max Konstantinov (Kamlath, Heavenwithus). Now this same trio have formed a new project named Isgherurd Morth, in which they apply their taste for the unorthodox to black metal. 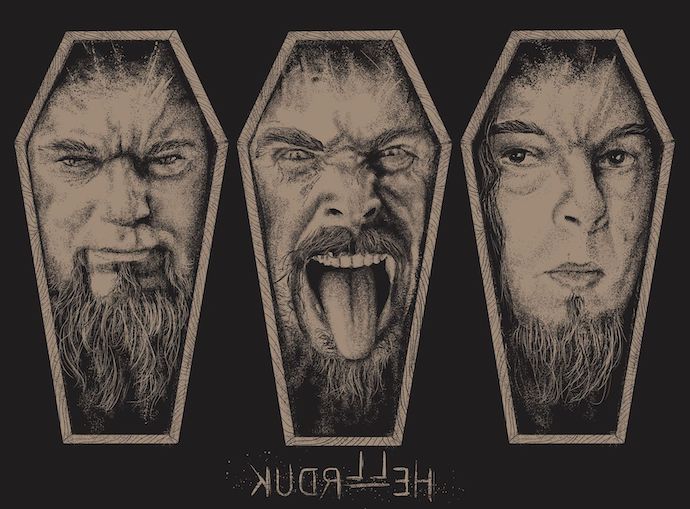 The music of Hellrduk pays homage to the second wave of black metal that flowered in the ’90s, but incorporates other ingredients, including modern blackgaze elements and of course a lot of impressive technical virtuosity.

You can tell right away that “Lucir Stormalah” won’t be a pure second-wave clone. The peculiar bass notes and abrupt cymbal crashes which begin the song against a chilling ambient setting are proof of that. Even after the song kicks into high gear with extravagant drum progressions and a distant sheen of riffing, it continues to exhibit an intriguing quirkiness. The bass continues to slowly noodle, and huge chords groan and ring in ominous yet beckoning tones as Peter Shallmin expels his cauterizing shrieks.

The music continues to morph, sending out gleaming waves of beguiling melody, which create an entrancing, dreamlike effect even though Goulon’s drumming is a breathtaking high-speed spectacle and Shallmin‘s voice is a throat-shredding terror. Other strange accents surface and subside; monstrous growls join in the vocal mayhem; and the music becomes just as much a gorgeous celestial panorama as a pulse-pounding, head-spinning thrill-ride. In a word, it’s fascinating.

Repose Records will release Hellrduk on CD and digital. The attention-seizing cover art was created by XUL1349. You’ll find a pre-order link below, and we’re also including a stream of the previously released album opener “Inferhn“, in addition to our premiere of “Lucir Stormalah“. It too is spectacular — and unpredictable.