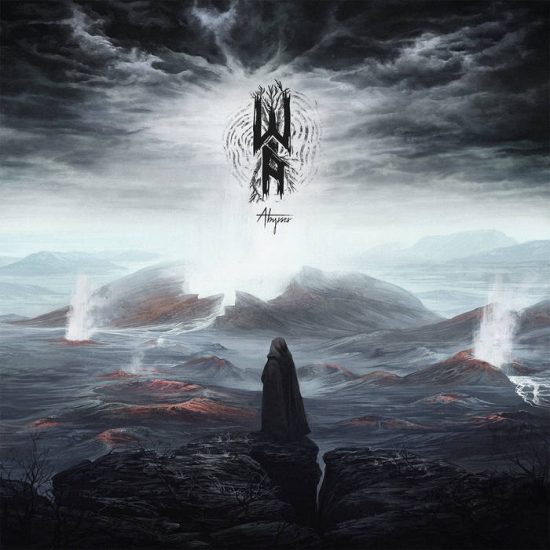 Loud, raucous, and ravishing sounds tend to be our daily fare around here. And perhaps because of that, the striking contrast created by Wÿntër Àrvń‘s new album Abysses is all the more stunning. Rather than ignite raging bonfires it instead places glowing embers beneath the imagination, and alters moods in a way that is, in a word, magical.

Abysses is almost entirely instrumental and the instruments are entirely acoustic, though their tones are varied and the combination of them is always captivating. The bounty of the music is enhanced by the joinder of a new member in this former solo project, and by guest appearances. And it’s our great pleasure to present a full stream of the record today, in advance of its release by the distinctive Antiq Records label on March 1st. 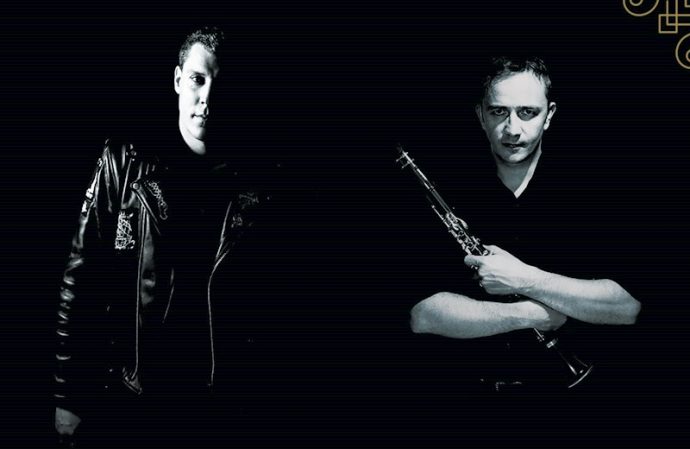 Wÿntër Ärvń, as many of you will know, is a French neofolk, neoclassical project inspired by the spirit of ’90s black metal. While it began as a solo project, for this new album Wÿntër Ärvń (who is also a member of Aorlhac) was joined by Vittorio Sabelli, founding member of the Italian history-based avant-garde black metal band Dawn of a Dark Age, whose music we’ve previously lavished with praise here. On Abysses, Wÿntër Ärvń performs guitars, bouzouki, percussion, and vocals, and Vittorio Sabelli performs the clarinet.

The classically influenced acoustic guitar harmonies within these songs have a piercing and sparkling vibrancy. They give the music a luminous quality that’s a significant factor in their spellbinding effect, and they also often bring the resonances of ancient music to the fore, very much in keeping with the moods of nostalgia that seep through many of the songs. And in many of the songs, Wÿntër Ärvń elevates the power and spirit of the music by bringing in the deep, measured thump of a drum and other percussive snaps. But the drawing in of Vittorio Sabelli‘s clarinet undeniably adds a beguiling texture that enriches the music and adds to the changing moods of the melodies.

Despite the irrepressible glistening brightness of the acoustic guitar harmonies, it would be a mistake to assume that all these songs are joyful — even though feelings of hopefulness and pleasure do sometimes emerge. The opening track “Nocturne II” is wistful and melancholy in its mood. Even though “Sentiero Dell’Eternita” dances, and even flares and soars in a way that does seem joyful, that feeling is combined with something like regret and a searching for answers. “Abysses” is moody and also anxious, while the cover of Xasthur’s “Marcheurs de Mondes Dissonants” is suffused with sadness and yearning — and when the drums come in, the music radiates a more ominous and ghostly sensation, with serrated howls and gasping cries adding to the aura of peril

An otherworldly aura also radiates from other songs besides that Xasthur cover, including “Aux Aurores”, where the cello deepens the song’s immersive and mystical power, and “Nocturne III”, a song that sounds like the shimmer of moonlight through the shadows of tall trees; the ringing tones of the guitars, joined by darting strings, create a kind of wondrous and mysterious lunar shine.

The closing track is perhaps the most different of them all. “Quand Tombe le Jour” begins with depressive strummed chords, joined by darting, sparkling notes and those deep drum vibrations — but this song becomes unsettling, thanks to the emergence of savage, abyssal snarls and blood-curdling screams, as well as wailing bagpipe tones that lend a feeling of pain that seems to be extending across centuries.

Abysses truly is a wonderful album, a half-hour experience that will take you out of yourself. It was recorded and mixed by Wÿntër Ärvn, and mastered by NKS (Aorlhac). The cover painting was made by Maena. It’s available for pre-order now: