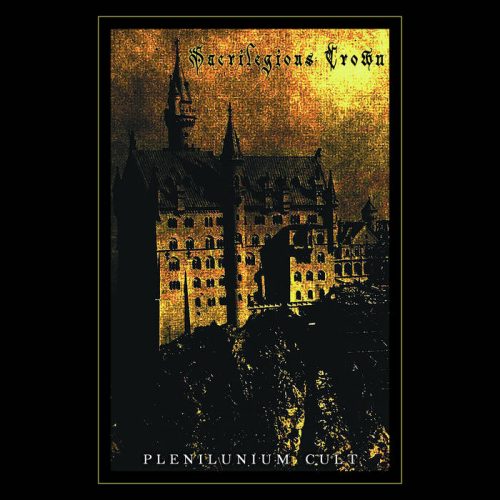 Raw black metal is a tiny and obscure niche within the greater world of extreme metal, but one with fervently devoted adherents among both performers and listeners. But as small as the niche is, the music within it isn’t all the same thing, any more than it is in other micro and macro metal realms. Some creators, for example, create abrasive and unpleasant assaults on the eardrums, relishing the antagonisms unleashed by such mutilating lo-fi attacks. Others follow different paths, and one of those is the intensely atmospheric one followed by the Italian one-man band Sacrilegious Crown.

Active since 2015, with three demos and two full-lengths in the catalogue, Sacrilegious Crown is about to release a new EP named Plenilunium Cult via Xenoglossy Productions, and we have a full stream of its remarkably chilling sensations for you today in advance of that March 5th release. 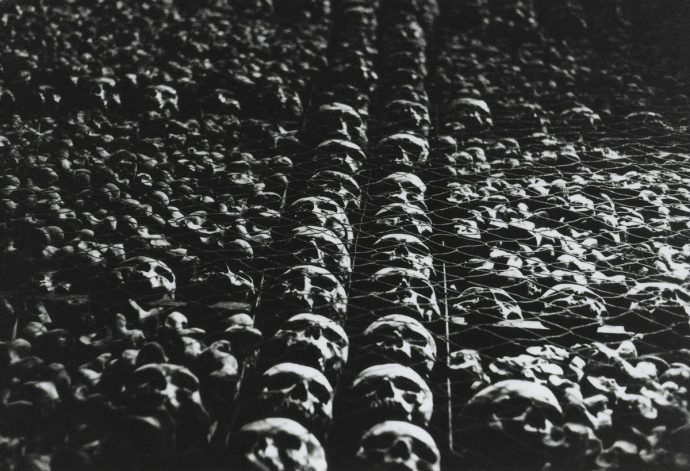 Xenoglossy describes the EP this way: “Three tracks of haunting and nightmarish black metal, with spectral leads and tortured vocals surfacing from another dimension. The last track, “Culto IV: Homily” is a ghastly, yet beautiful dark ambient track played on a real distorted church organ, a fitting closing to what sounds like a journey within the Neuschwanstein Castle (depicted on the front artwork) on a fullmoon night, with no hope of escaping.”

In a recent interview, the band’s sole performer kénos provided his own thoughts: “In this new EP, I tried to go back to the concepts and the kind of atmospheres that spurred me to create Sacrilegious Crown in the first place. Ancient and blasphemous esoteric rituals are the primary themes.” He added:

“Raw black metal is not for everyone, of course, but its strength lies in its ambiguity. Sometimes you can’t actually distinguish vocals, keyboards or guitars, so it’s difficult to tell if it’s a genre closer to ambient, noise or actual metal music. For me this is raw black metal’s real peculiarity: the ambiguity of its sound stimulates the imagination of both musicians and listeners, allowing for an immersive experience…. With my music I tried to convey feelings of estrangement and anguish, and the attempt of liberation from both through ritualism.”

There is indeed a pervasive ambiguity in these four tracks, insofar as it is indeed difficult to distinguish what is making the sounds — a blurring of lines between the human and the inhuman. And the tracks take the listener’s imagination into unearthly realms where that line has been erased or, perhaps more accurately, where we have fully crossed that line and left behind what passes for reality — and it’s so creepy that it will chill you to the bone.

In the opener “Tremendous Invocation“, cold, eerie ambient tones give way to dismal, distant riffing, which then itself becomes overlaid by ghostly shivering and moaning sounds, chanting vocals, and other caustic expressions that are themselves submerged to the point of sounding like vicious gasps and screams emanating through frigid mists. As the song proceeds, and feverish flickering tones emerge it grows increasingly haunting… and perilous.

Where drums seemed to be non-existent in the opener, their methodical thumps and cymbal strikes emerge in “Under the Blasphemous Spirits“, joined by ice-cold chords and a panorama of otherworldly sounds, all of which collectively create a feeling of misery and desolation. When the drums vanish, the music becomes even more mournful and despairing. When the drums surface again, a kind of wailing chant accompanies them until the miasma of grim riffing and stately but sorrowing melody returns, channeling anguish as well as doom.

The vocals at the outset of “Unorthodox Devotion” are more adamant and the riffing more distraught. Wailing vocals add to the dire feeling of the song as it advances in a slow, measured death march, suffused in hopelessness. The intensity and timbre of the music eventually rises, creating sounds of agony and dread, and then ends with the sound of heartless wind.

The EP closes with the hypnotic, supernatural ambient piece called “Homily” (the one that includes the use of a church organ). It begins with a collage of static-shrouded electronic bursts that sound almost like gunfire across a no man’s land, which are then replaced by droning ambient textures that quiver and groan. The music falls into moments of near-silence before those sensations resume, carrying us like wraiths through dungeon depths and spectral visions.

Xenoglossy will release this new EP in a limited edition of cassette tapes, and digitally. Now, close your eyes and prepare to be carried away….

7 Responses to “AN NCS EP PREMIERE (AND A REVIEW): SACRILEGIOUS CROWN — “PLENILUNIUM CULT””