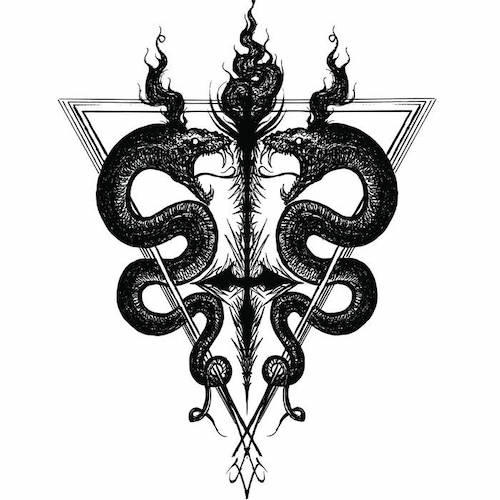 Today the black metal band Scitalis from the north of Sweden make their debut with an EP named Awakening that’s being released by Vendetta Records, and to help spread the work we’re presenting a full stream of its six ravaging tracks.

Presented through a clear and powerful production (which makes effective use of channel shifting), the music is persistently pitch-black in its temperaments, though it explores them in dynamic fashion and with piercing, mood-altering melodies that become key ingredients within changing episodes of upheaval and surrender. 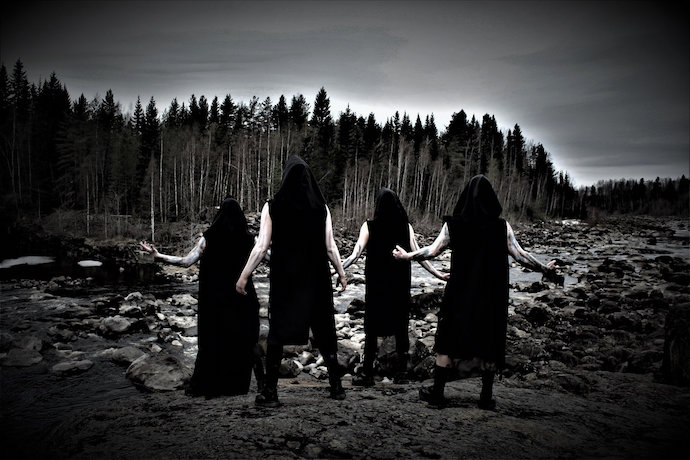 The title track opens the EP with huge, ominous chords paired with frenzied tremolo’d riffing and joined by scalding screams and battering drums. Both here and elsewhere, the drum rhythms constantly change, but the layering of grim, cruel, low-end vibrations and skittering leads create persistent feelings of boiling madness and unhinged violence. When the pacing slows, the echoing screams become even more frightening, and the lead guitar rings in a way that’s entrancing but also anguished.

The vocals truly are the most crazed and distressing element of the songs, but the music becomes maniacal in many other ways — yet sensations of agony and abandonment are never far away, as proven in the heartbroken and hopeless melodies that surface in “Drowning“, coupled with the kind of frantic riffing and rampant drumwork that does indeed channel the flailing fear of… drowning.

As mentioned above, the piercing dual-guitar melodies in the songs are a vital ingredient in their success. They ring like clarion calls in the midst of the bone-bruising drumwork, the turbulent riffing, and the incinerating vocal intensity, as well as in the slower movements where their dark harmonies become even more penetrating, delving deeply into experiences of moodiness, wretchedness, turmoil, and abandonment.

Some songs, such as “Venomous Flame“, lean more into sensations of terrible suffering, while others such as the thrashing, flame-throwing “Crawl” give free rein to derangement and panic (though even there the leads sound like bereavement and misery).

If you’re looking for addictive, adrenaline-charged riffing, you’ll find that in the EP too, perhaps most especially in the thrash riff within “Drink The Blood Ov The Serpent” (which like “Crawl” is also an emotionally fracturing conflagration of sound and fury).

On this EP, Scitalis don’t have much use for episodes of diminished emotional intensity, but they do pick the closing track, “Sword Ov Lies“, to slow the pace and really deepen the atmosphere of gloom and despair, while also creating eerie and esoteric embellishments and lighting a fire beneath a cauldron of of poison and pain.

Vendetta Records will release Awakening on LP and tape. It’s out today and available for purchase now from the label and the band: