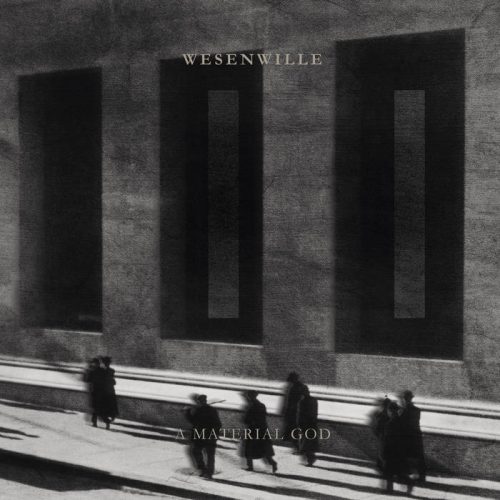 (Andy Synn opts to finish off the week with a last-minute review of the brand new album from Wesenwille, out now on Les Acteurs De L’Ombre Productions.)

I doubt it’s going to be much of a shock or a revelation when I say that, historically, much of Black Metal’s (f)ire and fury has been fuelled by disaffection and dissatisfaction with the modern world.

Whether it’s materialism, consumerism, capitalism… pick your poison really… many practitioners of “the black arts” seem to consider themselves above and beyond such mundane matters, which is probably one reason (among many) why so much Black Metal seeks to recapture or rediscover the glories of the pagan past… regardless of whether those glory days ever actually truly existed.

On the flip-side, however, there are still those artists who, rather than simply rejecting the trials and trappings of modernity out of hand, choose instead to embrace and channel the alienation and estrangement of our empty existence into their music, exploring the urban concrete jungle of now rather than the great vast forest of then.

And A Material God, the second album from Dutch duo Wesenwille, is the latest attempt to provide a fitting soundtrack to our everyday experiences of existential dread and post-industrial ennui.

At eight tracks and a little under fifty-one minutes long A Material God is a dense, often demanding, listen, one whose focus is just as much on oppressive atmosphere – aided and abetted at key points by unsettling quotes from George Lucas’s underrated debut feature THX 1138 (although, of course, these days Lucas himself largely represents the very materialism and consumerism which this album is railing against) – as it is abrasive intensity.

What it demands of the listener it pays back several times over, however, whether it’s in the form of the anxiety-inducing push-and-pull between dissonance and melody which drives spiralling opener “The Descent”, the tumultuous blasting and taut, rhythmic grooves of the aptly-named “Inertia”, or the discordant audio psychosis of the title-track.

No matter which song you choose, or where you happen to end up in this sinister sonic cityscape which the duo have constructed, you’ll find that you never go down the exact same street twice, which is a tribute both to the complex, labyrinthine nature of the album and the way the pair make clever use of Black Metal’s basic building blocks to create something greater than the mere sum of its parts.

As you might have already gathered, then, it’s easy to get lost in this album – which can be both a good and a bad thing.

But if I may, for a moment at least, act as your virtual Virgil in this sprawling urban inferno, there are certain things worth saying that will hopefully hasten your passage and stop you from completely losing your way.

There’s no denying, for example, that the album’s architecture – particularly its angular, discordant riffs and calculatedly chaotic percussive patterns – owe a fair debt to Deathspell Omega, although there’s also a sharper and more technical edge to the guitar work which also recalls the best of bands like Nidingr and Drottnar too.

Similarly there’s also an undeniable undercurrent of Death Metal (or, at least, Blackened Death Metal) to some of the material – “Burial Ad Sanctos”, for example, contains echoes of Samoth’s post-Emperor work in both Zyklon and The Wretched End – while other tracks, particularly the simmering “Ritual” and the soul-crushingly bleak “Ruin”, allow the band’s more atmospheric and moodily melodic side more room to breathe even as the album as a whole grows ever more claustrophobic.

So if you keep this in mind, follow the right threads, and don’t let the wrong signs lead you astray (don’t follow the white rabbit, and pay careful attention to anyone who tells you “this is not an exit“), then you just might make it through this album with your sanity, and your humanity, intact.

Although, even if you do… chances are you’ll be back again to pay tribute to your material god very soon.