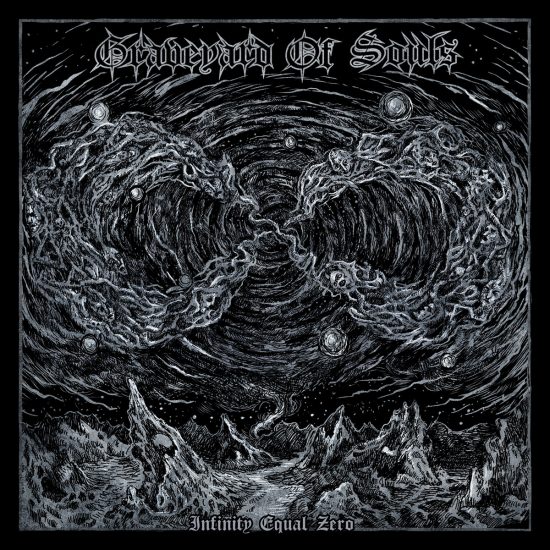 After nearly a decade of life the Spanish band Graveyard of Souls are approaching the release of their seventh album. That’s a heavy discography, one that includes nothing but full-length releases, and most of them coming in quick succession. But three years passed between the band’s previous album and this new one, Infinity Equal Zero. In creating it, the band sought to draw together aspects of their previous works, but also to give the new record its own identity, so that it is both familiar and new.

Infinity Equal Zero will be released on April 14th by Satanath Records and Negre PlanY. To help pave the way today, we’re premiering a remarkable song named “Eres Libre“. It is built upon the foundations of death/doom, wherein the influence of such old school sounds as Paradise Lost and Tiamat comes through, but the song has ethereal qualities that give it a mystical radiation, and it’s deeply moving and memorable as well. 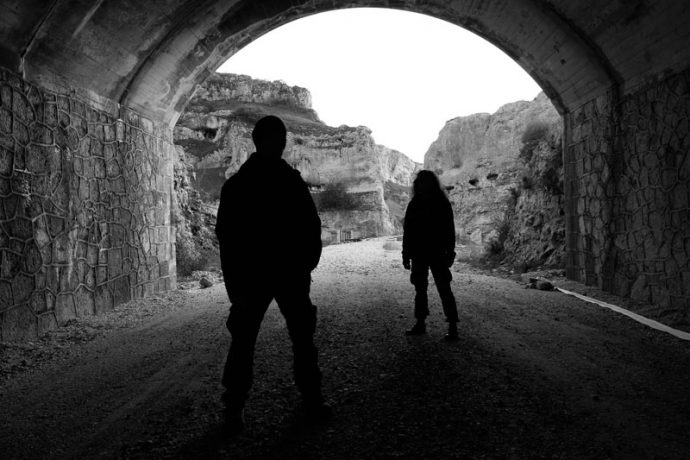 As always, the music is the work of multi-instrumentalist Angel Chicote and vocalist Raúl Weaver Together they make a dramatic impact in “Eres Libre“.

Spooky synths infiltrated with wafting, gleaming reverberations lead into a heavy steady rhythm, strummed chords, and a trilling, soaring melody with a heart-broken yet still brilliant spirit. Deep, serrated growls bring in a different kind of torment, no less impassioned than the scintillating, cloud-high melody, but ravaged in their tone.

The rhythm briefly vanishes, replaced by quivering celestial ambience, and then that glorious, stricken march resumes. Only hearts of stone could fail to be moved by tidal sensations of such spellbinding magnificence but so torn by the shards of shattered souls. At the end, the rhythm vanishes again, and glimmering, moonlit tides of ambience carry us out again into a haunting dream.

Credit for the album’s eye-catching cover art goes to Vladimir Prokofiev from Paint-It-Black Design. The album will be released in a jewel-case, pit-art CD edition as well as digitally. Details can be found through the links below. Also below you’ll find a stream of the previously released track “Madre“, which is a free download at Bandcamp.