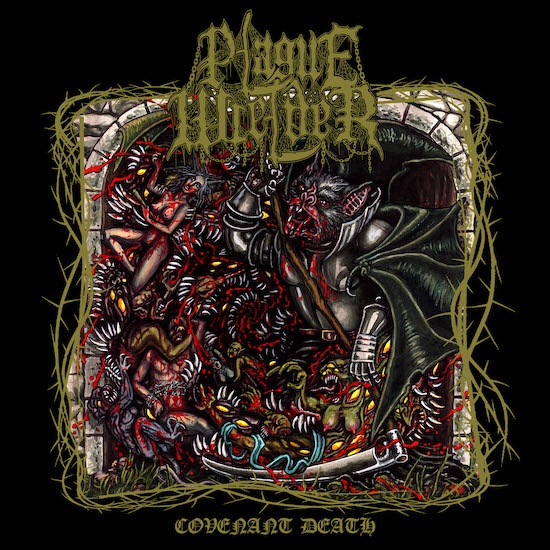 We’ve been following the progress of Ohio’s Plaguewielder since discovering their 2017 single “Writhing in Mental Torment” almost exactly four years ago — a single that was the first release after their 2015 debut album Succumb to the Ash. The name of that single captured a through-line that continued emerging in the band’s music in the following years, feelings of hopelessness, frustration, and fury that always seemed to be fighting to get out into the songs — music as catharsis.

But the music itself has changed over the years, as Plaguewielder has found increasingly multi-faceted and expansive means of expression. In its creative evolution Plaguewielder has reached an apotheosis in Covenant Death, the album that we’re proud to premiere in full today. Undeniably the band’s best work yet, it’s also one of the most striking and memorable works yet to emerge in this still young and still wretched second year of the plague. 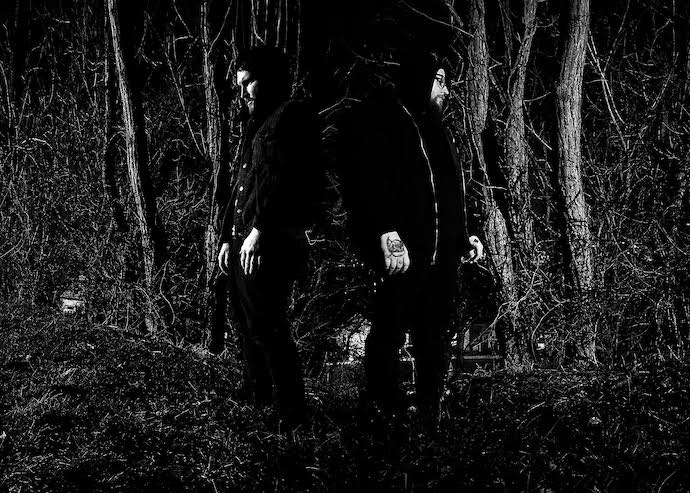 As before, vocalist/guitarist Bryce Seditz is still the principal creative force in Plaguewielder. His are the emotions that find a cathartic outlet in the band’s songs. But here he is joined not only by drummer Tim Roberts but also by Jeff Wilson (Chrome Waves, Deeper Graves), who not only recorded, mixed, and mastered the new album but also performed bass, additional guitars, and synths, and by Steve Lehocky (Doctor Smoke, Infestuous) who performed additional guitars. All these additional contributions have added to the music’s many layers and textures, enhancing the richness and emotional complexity of the songs.

Those aren’t the only changes revealed by Covenant Death. Stylistically, the album brings in other ingredients to a greater extent than before, creating an amalgam of black metal, post-rock, goth, death metal — and at least as I hear it on such tracks as “A Death That Knows No End” and “Forever We Shall Be”, hints of gloomy post-punk.

Seditz‘s voice stands out in every track. It’s so raw and scorching in its intensity that it has the genuine feel of someone who tore himself open, bared it all, and left nothing back, so much so that it’s more than a little frightening to hear it. Even when he comes close to singing in “A Death That Knows No End”, there’s no lessening of that spine-tingling intensity. 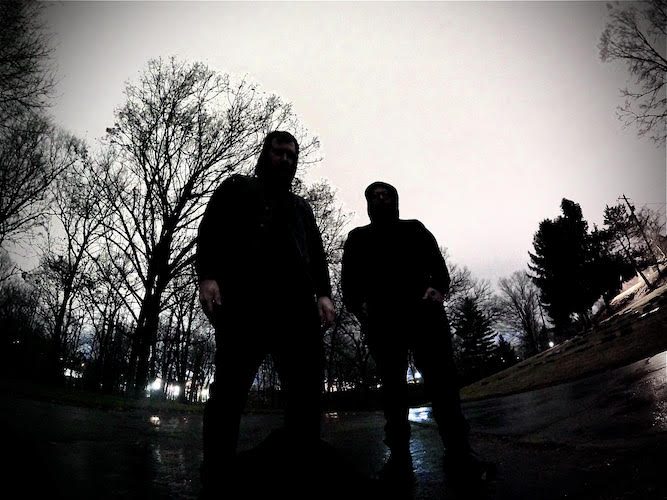 But the music’s almost relentless intensity is fueled by other sensations as well — by explosions of blackened fury through blasting drums and turbulent riffing that froths like white water in a diving canyon (as in “To Dance With Wolves”), or the way that “At Night They Roam” pounds and screams, slashes and clangs, batters and bludgeons (and in the climax the way the solo wails in misery above the torrent), or the surge of derangement and desolation (segmented with neck-ruining drum-and-bass-work) that occurs within “One With The Shadows”, or the extended guitar solo in “A Death That Knows No End” that howls and then erupts in a breathtaking frenzy, carrying the song to the level of a fierce anthem.

But the harrowing intensity of the songs has still other sources. It’s not all a matter of throat-scarring vocals and full-bore sonic storming. The dense ringing guitars in “At Night They Roam” generate a feeling that seems to straddle a line between oppressiveness and angst, as if capturing pressure, and mental splintering under pressure. “One With the Shadows” unfolds in a panorama of pain, a seeming portrayal of internal moodiness and outward rage. Even though “CRGP” is at first a gale of thundering percussion and frantic yet ethereal riffing that feels on the perilous brink of insanity, when the rhythms becomes less crazed, and the music more introspective, it feels like arms desperately out-stretched for some kind of hope, some kind of warmth.. but receiving none, and that’s harrowing too.

Yet as we mentioned, the music is quite multi-faceted. There are more rocking rhythms in these tracks than thundering double-kicks and blasting snare drums. The guitars chime and trill in ways that are thrilling, adding accents of irrepressible and sparkling vibrancy. Thanks in part to Jeff Wilson‘s synths, the songs also often have a gleaming quality, an ethereal shimmer that leavens the human pain with auras of otherworldly mystery. In fact, even though “Covenant Death” is the title track, it’s also the shortest one — and consists entirely of the swelling sound of entrancing celestial synths and a mix of angelic voices (and something more wretched than those).

As a further sign of the album’s changing facets, mention should be made of “Black Mysticism”. At times the slowest of the songs in its lurching cadences, it’s also the most mysterious and menacing in its atmosphere. The vocals momentarily drop into deeper tones, almost like a chant, and the guitars glimmer with a sinister supernatural sheen, almost as if beckoning — but with sharp teeth hiding behind the facade. Near the end the guitars and keys ring out in dismal tones and send moans of agony slithering along over the beat of a determined heart.

Special mention should also be made of album closer “Forever We Shall Be”. After an entrancing start, replete with shimmering synths and dancing guitar, it moves to a compulsive beat while creating a dark, depressive, gothic mood, accented by chiming guitars; ghostly synths; soulful, sorrowing leads; and wailing vocals. It’s a very memorable song, one that’s haunting and, dare we say it, even romantic. 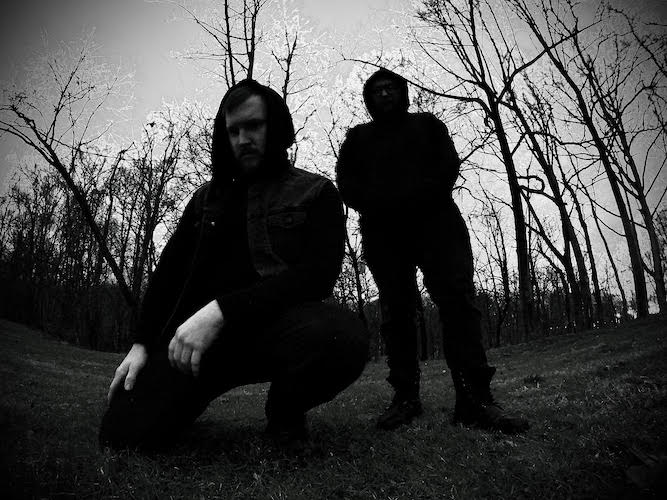 Well, I guess it’s obvious how much we like the album and how strongly we’re recommending it. But we ought to make room for a comment by Bryce Seditz:

“This is the first album I engineered myself. We scratched the album three different times recording wise. At first, we took some approaches that didn’t work out in our favor, but with the help of Jeff Wilson it came together perfectly. This is an amalgamation of everything I’ve felt over the past year, from being isolated for months to intrusive thoughts and depression. Covenant Death is a piece of me I can give to everyone else.”

Covenant Death features cover art by Jef Whitehead. It will see release on CD and digital via Disorder Recordings on April 2nd. Find pre-orders via the link below.

One Response to “AN NCS ALBUM PREMIERE (AND A REVIEW): PLAGUEWIELDER — “COVENANT DEATH””