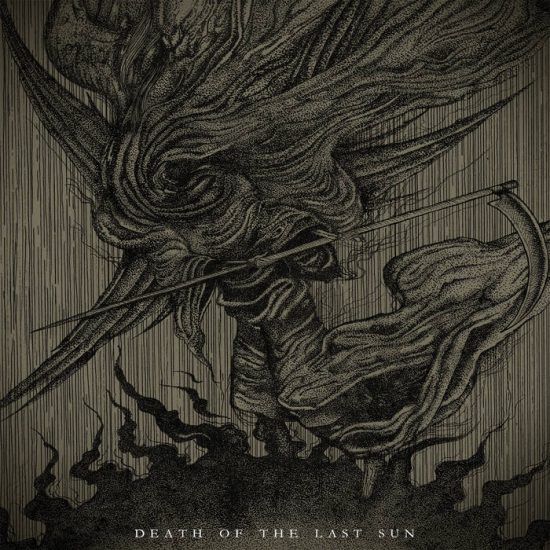 The last time we wrote about Funebria was almost six years ago, in connection with their second album, Dekatherion: Ten Years of Hate and Pride. We wondered if we had missed something in the many years since then, but no, there has been nothing new from this Venezuelan horde (now based in Colombia) — until now. And now they are looking ahead to April 17, when their third album, Death Of The Last Sun, will be released by Satanath Records in collaboration with Dark Terror Temple.

Based on what has been released from the album so far — including the track we’re premiering today — the music of Funebria is still a furious (and blasphemous) union of black and death metal, but even more dynamic, multi-faceted, and technically impressive than before. Today’s song premiere, “Dawn of Black Inericon“, is great proof of that. 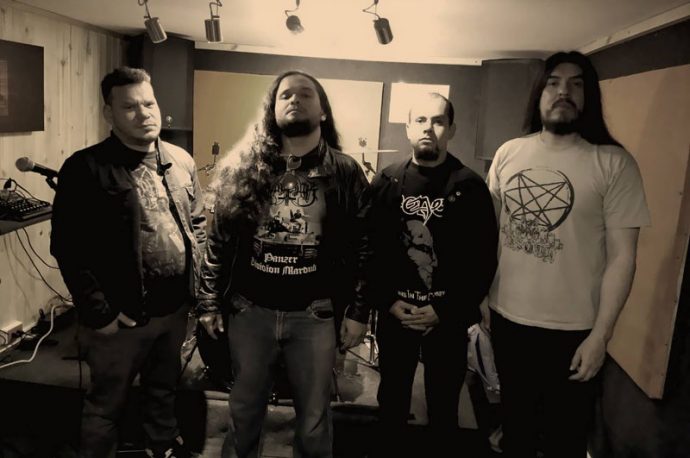 This new song is a fine hybrid of experiences. It’s fast-paced, turbulent, and assaulting, yet still manages to propel the listener through changing moods. In its opening movement, the song inflicts bursts of battering drumwork and jolting riffage interspersed with weird mewling guitar tones, and it then unfolds into a mix of roiling and jarring sensations. But then the music settles into a seething yet melancholy melody augmented by roaring malevolence in the vocal department — and then begins bludgeoning and jabbing again.

The drumming and the agility of the fretwork continually seize attention as the song cycles again through that feeling of oppression and anguish, and then erupts in wild, dissonant, darting exuberance, with intense screaming melded with those gruff growls.

The releasing labels recommend Death Of The Last Sun for fans of Behemoth, Hate, Decapitated, and Svart Crown. It’s available for pre-order now. And below the links and track list you’ll also find a stream of the previously released single “Ominous Armaggeddon“, which is a free download at Bandcamp.