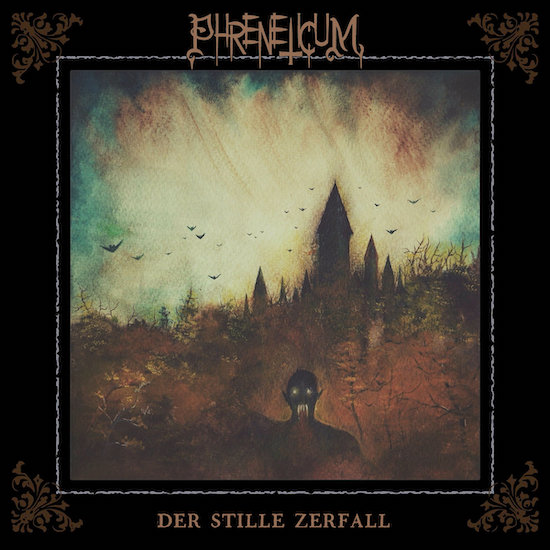 On the 4th day of April the German black metal band Phreneticum will release their debut album Der Stille Zerfall through the collaboration of Satanath Records and Onism Productions, but you won’t have to wait until then to be consumed by it, because we’re presenting a full stream of all the madness today.

From the band’s inception in 2015 the line-up has varied, but this new full-length is the work of only two performers — vocalist Leichenfresse and multi-instrumentalist Tino Fluch (from Abigorum, Trond, and Wulfgar). As a hint of what they’ve done together, the releasing labels recommend the album for fans of Sarkrista, Imperium Dekadenz, and Darkened Nocturn Slaughtercult. But here are a few more hints about what you’ll be experiencing: 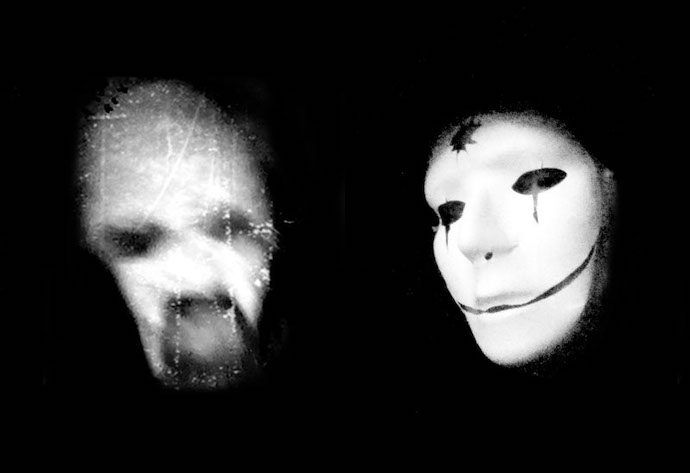 Phreneticum open the door to their nightmare world with “Der Turm”, in part a soul-crushing death march and in part a blazing spectacle of feverish terror. At first, deep moaning riffs and the reverberating boom of ominous drums create a cold and pestilential atmosphere, but the riffing becomes more frenzied and incendiary against a backdrop of thundering percussion and goblin screeching. The caustic chords move in giant, enveloping waves, and as the music rises and falls, moods of supernatural grandeur move through the music high overhead as well.

And from there, the songs draw the listener deeper and deeper into madness. Anchored by abyssal bass contortions and spine-shaking drumwork which resonates as if recorded in deep caverns, the songs move through ghastly subterranean realms that oppress the senses and freeze the blood, but also wildly rocket into the heavens, as sweeping synths joining the firebrand riffing to create overpowering cascades of near-celestial magnificence.

And as the music moves and morphs, rushes and relents, the songs create moods of paralyzing fear, crushing hopelessness, and the kind of awe that might be experienced in the presence of rising diabolical forces reveling in their power. The music also drifts into hallucinatory miasmas of sound, creating chilling and choking spells, and explodes in paroxysms of blasting, obliterating violence. The chaos in the music reaches breathtaking zeniths (the strangled, shrieking vocals are almost relentlessly insane), and may just as suddenly segue into shimmering unearthly realms or crawl through sodden troughs of disease and decay, accompanied by solemn chants.

All these contrasts in the music (and more) help keep the listener rooted in place, overpowered by ravaging storms in one minute and submerged in frigid depths or mind-mutilating dreams at the next. And for those who relish a good chance to bang heads, you’ll find times to do that too — perhaps most especially in the immense (and highly infectious, as well as highly unnerving) closing track “Das Grab”, which provides a powerful summing up of Phreneticum‘s capabilities while also introducing new, quasi-industrial elements that give the music even more primal, body-moving power. Listen to that and then try to get it out of your head , even after it moves into a haunting ambient outro — we bet you won’t succeed.