I’ve also been listening to some albums this weekend that have also seized my attention. Depending on how the day goes, I might have a second installment devoted to those. 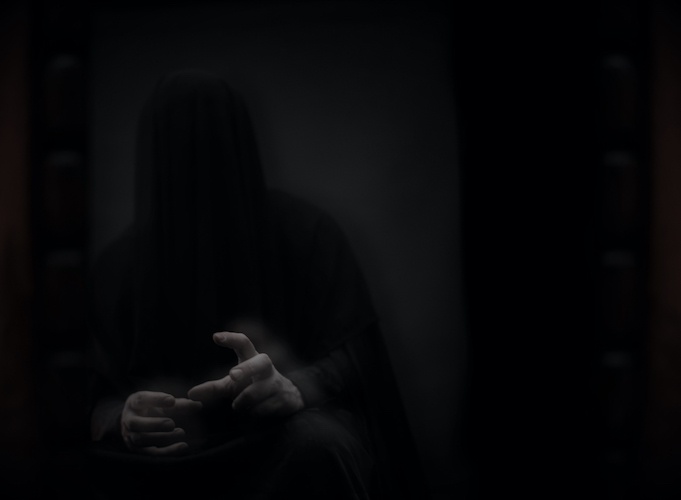 This first selection is a magnetic combination of typhoon-strength storming, chilling eeriness, and plague-bearing majesty. Like flashing images on a panoramic screen, with us in the front row, the music constantly changes, and you may need eye drops because if your orbs are like mine they’ll be wide and unblinking from start to finish.

The drum work is extraordinary. So are the vocal arrays. And so is the unusual amalgam of styles — black metal of course, but infiltrations of post-punk and lysergic acid diethylamide.

The song is “The Wailing Horizon“. The album is Paradeigma (Phosphenes of Aphotic Eternity). The release date from Debemur Morti Productions is May 7th.

The album, according to DMP, was “primarily influenced by The Cosmos as Self-Creation from Czech writer Michal Ajvaz, Time Reborn by the physicist Lee Smolin, and above all The Red Book of Carl Jung. Those references are head-spinning, but so is the music. 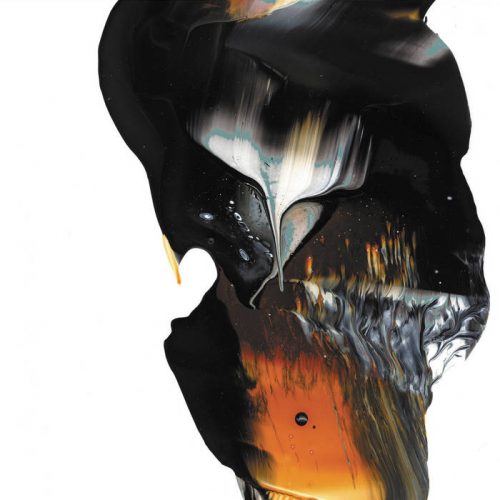 I’ve been following the progress of the French black metal band Sordide since discovering and writing about the first preview tracks from their second album, 2016’s Fuir la lumière (“escape the light”). It was thus welcome news to see that they had signed to Les Acteurs de L’Ombre Productions for the release of a new album, Les Idées Blanches.

The first advance track, “Je n’ai nul pays“, sets the hook with heavy, viscerally compelling rhythms formed by thrusting bass and hard-rocking drums, and then around that primal drive train the band weave a captivating web of guitar maneuvers, like wizards in a sorcery competition. 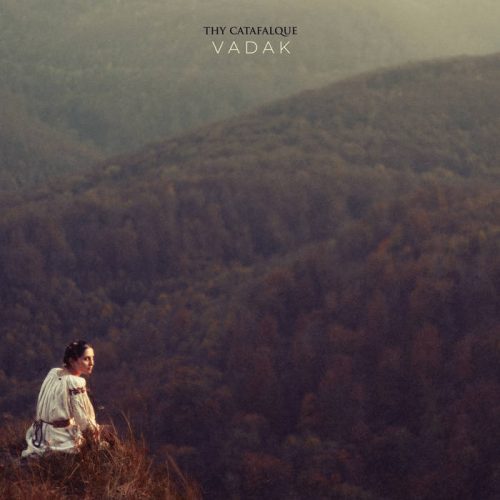 The next song, “Piros-sárga!“, rocks hard too, but it’s a very different swirl of sound around the gripping rhythms, and very different vocal embellishments.

You really never know where Thy Catafalque will go from album to album or from song to song, but in this song you get heavy, hustling riffs, shimmering keyboard cascades with a tone from many decades ago, funky bass lines, vivid world-music percussive rhythms, wailing exotic melodies, riveting cloud-high vocals, and probably a dozen other things I haven’t put my finger on.

(Now I’ve seen that the song includes Armenian duduk, tabla, dumbek, riq and brass and the vocals of András Vörös of Ørdøg.)

I’ve been yelling about Thy Catafalque for almost as long as this site has been alive. For as long as Tamás Kátai and his guests continuing doing things like this, I won’t stop.

The song comes from a new album named Vadak, which I’m told means “Wildlings” in Hungarian. It will be released by Season of Mist on June 25th. 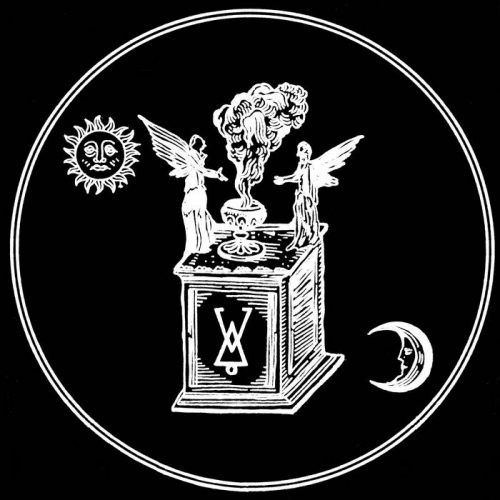 Against the thrill-rides of those first three songs, the next one (“De Geest en de Vervoering“) at first seems like a throw-back to a by-gone age, as if we’re listening to a solemn vinyl recording from the aftermath of the First World War, a remembrance of slaughtered youth in a vaulted church.

But after that, and without warning, the song goes fast and furious. Over the hurtling drums and rapidly bubbling bass, the sound washes over us in soaring waves of frenzied, blazing intensity. The torment and fury in the screaming vocals ratchet the pain and tension in the music to even higher levels.

It’s an incredibly dramatic experience that, despite its aura of tragic grandeur, eventually becomes frightening in its chaotic and calamitous crescendos, but also haunting and heart-breaking as the vocals change in ways that seem to connect with the song’s opening.

The album that includes this song is Pelgrimsoord, Ossaert’s second one, with a street date of June 4th via Argento Records and Wolves of Hades. 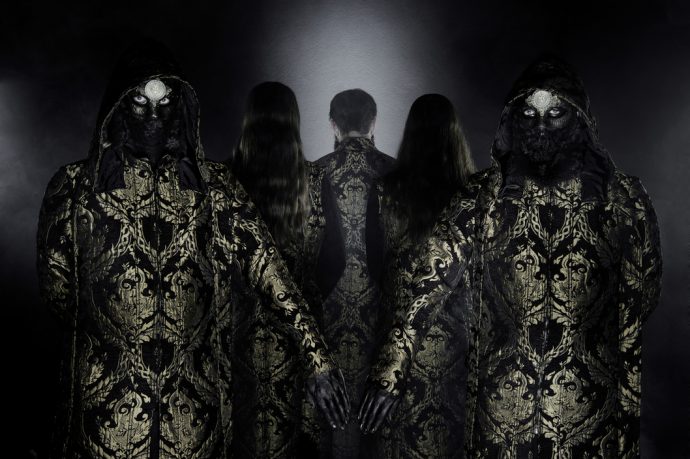 Gaze into the hazy sun at the center of the video image (which becomes something else, and then something else again and again), or at the ever-outward expanding circles of skulls, rotating in counter-directions.

What you see turns out to be a spell-binding visual accompaniment to a spell-binding song (“Innermost, Lowermost Abyss”) from the latest album by Schammasch, Hearts of No Light. “Ethno-tribal-ambient” is the description applied to the music by Schammasch. If you’re not really high when you hear it, you’ll be really high by the time you finish it, and possibly shivering down to your bones by the time it ends in cataclysm. All that will happen even sooner because of these fascinating visuals.

This is a video that Cvlt Nation premiered, and it might well be the most arresting experience of your weekend, unless you were also taken to jail. 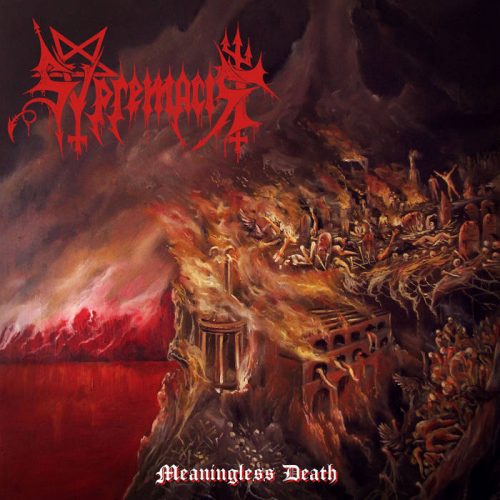 It’s almost criminal to break the frightening psychoactive spell cast by that last song and video, but it occurred to me that you might have something else to do this day, something which requires awareness and a bit of energy. And so I decided to close in a way that provides a blast furnace of energy. So if you don’t want that kind of a jolt right now, save Svpremacist for later, when you’ll need it.

These are two songs that you can hear now from this Israeli band’s new album, Meaningless Death. The album opener, “Witches“, assaults the senses in a supercharged barrage of riotous rhythms, skittering riffage, and scorching, venom-spitting vocals. The drumming gallops and booms, the guitars whirl and dart like tornados of flame… and the combined effect is irresistibly exhilarating.

The other track, “Spawn (of the Infertile)“, begins with a collage of chilling, unearthly sensations and then gradually and seamlessly moves into another conflagration, this time with bellowing barks in the mix along with those throat-cutting shrieks. The tempos change with abandon, still punctuated with those detonating drum-booms, as the guitars slash, generate seizures, flare in glory, and spear the mind with a white-hot solo.

If this album wasn’t on your radar screen yet, these two tracks should put it there.