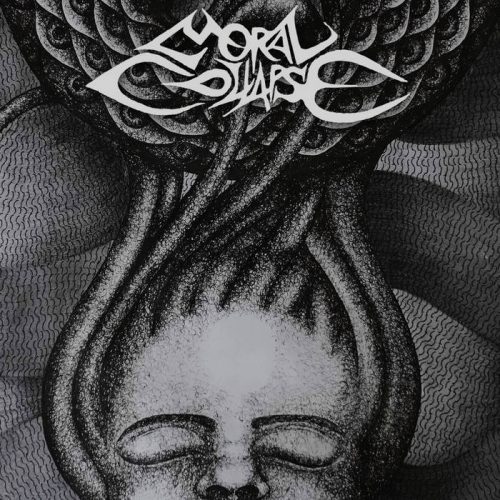 Let’s be honest about something – music writers, especially Metal music writers, are often an inherently insular, introverted, slightly egotistical, group. We’d have to be, after all, to think that anyone wants to read our rambling opinions in the first place!

On the positive side, these little cliques, cults, and covens that we form are often extremely supportive places, characterised by a certain level of mutual respect and empathy fuelled by our shared experiences.

On the other hand, they do occasionally engender a certain amount of “group think”, where one writer (or group of writers) publishes an opinion or analysis which, for whatever reason (often simply because people don’t want to be seen attacking or undermining their cohorts) sets the tone for everyone else going forwards.

It doesn’t mean they’re necessarily wrong, but it does often result in certain ideas and assumptions being codified as “fact” and makes it difficult for alternative viewpoints to get a word in edgewise.

Case in point, some of the hype that’s been built up around the recently-released debut album from Indian duo Moral Collapse might have you believing that this is the most mind-bending, head-spinning record since… name a band/album/date… but the truth is it’s not quite as complex or crazy as its been made out to be.

It is, however, very, very good.

Whereas some bands like to operate on an artsy, “less is more”, sort of basis, just one quick spin through this album’s thirty-six manic metallic minutes will let you know that Moral Collapse clearly operate under a philosophy of “more is not enough”, as almost every single track here is a devastatingly dense and insanely intense whirlwind of sonic fury.

Racing (and I do mean racing) from one blitzkrieg burst of rocket-propelled riffs and blast-fuelled drums (written and performed by a certain Hannes Grossmann, whose involvement makes clear sense given the album’s heavy Necrophagist vibe in places) to the next, the album’s key touch-points are pretty clear – pretty much anyone with a love for full-force, face-melting Death Metal will find a ridiculous amount to love here – and the duo of Arun Natarajan and Sudarshan Mankad obviously wear their influences with no small amount of pride (as well they should).

But it’s the sheer maximalism of the album, with everything turned up all the way to eleven without losing all sense of nuance, which really makes it shine (the bass in particular, so often cruelly buried in situations like this, stands out just as loudly and proudly as everything else, adding a proggy/techy “pop” to each and every track).

And while there’s often an almost overwhelming amount of stuff going on in every song, it never actually manages to totally overwhelm your ability to process it all and is, in fact, surprisingly, even shockingly, accessible at times (especially during killer cuts – and future Death Metal classics – like “Your Stillborn be Praised”, “Suspension of Belief”, and “To the Blind, All Things Sudden”, which are as hooky as they are heavy).

Of course, it’s also a little bit… let’s say experimental… in places too, and while I think some of the album’s more unusual embellishments work wonders – the squawking, discordant blasts of saxophone and subtle shivers of violin during “Abandoned Rooms of Misspelled Agony”, for example, are seamlessly integrated into the album’s metallic maelstrom – others (such as the aimlessly abstract, anticlimactic soundscape of closer “Trapped Without Recourse”) don’t really add all that much to the album’s vivid creative palette, and make me a little hesitant to use words like “Avant-Garde” and “Progressive” which others have been happily splashing around.

Despite its flaws, however, the self-titled album by Moral Collapse is certainly one of the most striking and self-assured debuts in modern memory – in many ways, in fact, it reminds me of Nader Sadek’s mutated version of Morbid Angel’s fatal formula from 2011’s In the Flesh – and while it might fall just short (and I do mean short as, strictly speaking, there’s only six “real” songs here) of true greatness it most definitely sets the stage for a bright, brutal future, and leaves this particular writer hungry for more!