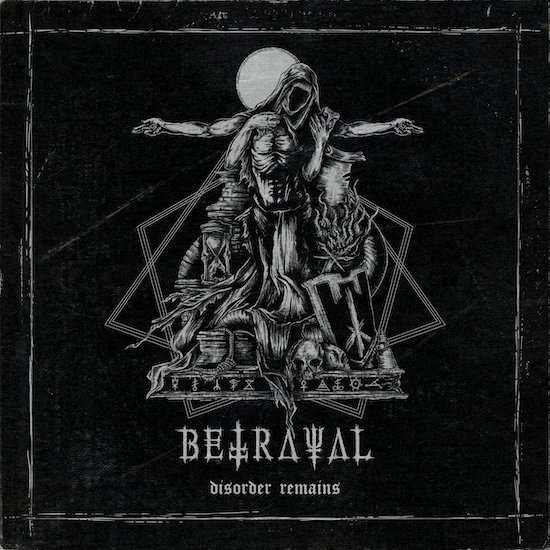 More than 15 years after their first formation and almost five years after the release of their debut album Infinite Circles, the German death metal band Betrayal are returning with a second full-length, set for release on April 16th via Rising Nemesis Records. Not surprisingly, over such a span of years the band’s line-up has changed from time to time, and their music has evolved as well, leading to a formulation of death metal that has become strikingly multi-faceted.

For example, the advance press recommends their new album Disorder Remains for fans of Misery Index, Revocation, Death, Behemoth, and Decapitation, and also refers to the band’s incorporation of thrash, technical, and progressive elements, as well as old-school death metal traditions. But those references don’t exhaust the extent to which Betrayal have allowed their creativity free rein, as you’ll discover through the dark, intense track we’re premiering today, the name of which is “Greed and Oblivion“. 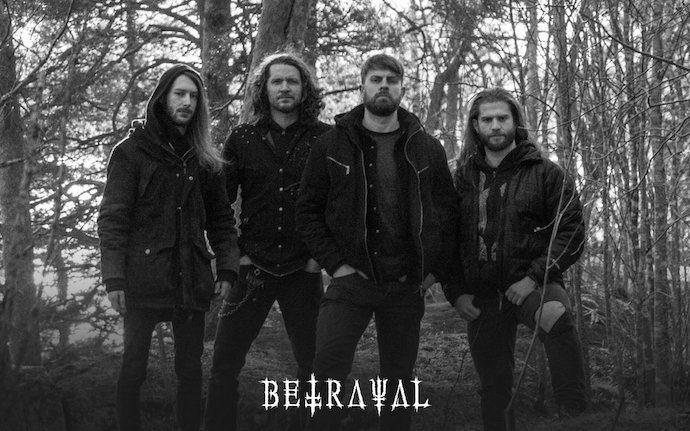 This particular song is a confluence of death and black metal that creates powerful moods while also displaying the band’s inventive technical chops. And its intensity extends to how memorable the song becomes as it follows its changing path.

A tumbling tribal drum rhythm gets its hooks in the listener’s head damned fast at the start, and it’s then joined by waves of cold, cruel guitar and vicious, scalding howls. The drumming thunders and batters as the guitars maniacally writhe and dart, and bear-like roars join the acid screams. The dynamism of the song (underlaid by a gravel-chewing bass) is fully displayed through near-constant changes in tempo and drum patterns and by alterations in the emotional resonance of the hook-laden melodies (executed with fleet-fingered agility), which become both despairing and deranged, barbaric and brazen.

Perhaps the most memorable riff (in a song packed with them) is one whose rapidly vibrating refrain first surfaces around the 2:00 mark and then fully takes over in the song’s closing minutes, prior to a grand, bombastic finale. That riff seems to walk a line between anguish and a desperate yearning to survive, and it’s hard to get out of your head (as if you’d want to).

Betrayal have shared this comment about the new album as a whole:

“Regarding sound quality as well as songwriting, we definitely reached the next step with Disorder Remains. The entire writing process was new for us since a part of the record was finished in the studio where we could focus on our concept and implement a lot of spontaneous ideas. We tried to combine a gloomy and powerful atmosphere which can be transferred live as well as on CD. It was recorded at the Unleash The Sound Studios while sounds for guitars and bass were created by no other than Sky Van Hoff. With this decision, we try to underline the intensity of emotions throughout our songs with a brutal sound.”

The cover art was created by Bastian Kraus, and the album is up for pre-order now. After the following links, you’ll also find a stream of the previously released title track, which will give you a further sign of the album’s multifarious attractions.