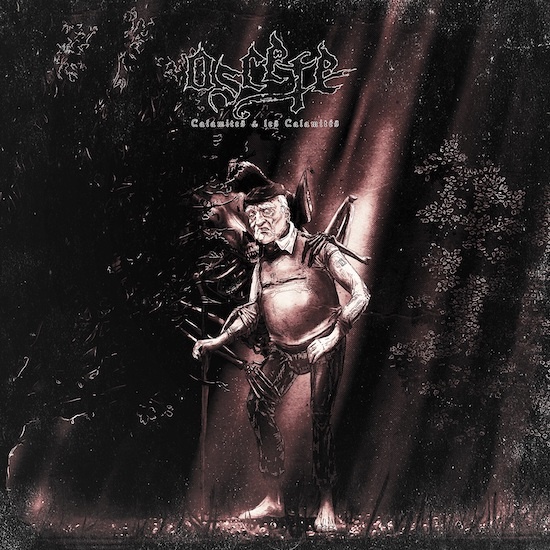 The French band Ascète have drawn their inspiration from Peirigòrd Nègre in the southwest of France, an area described as one that presents the grim face of a forgotten and forlorn countryside marked by ruined minor landmarks, where an aging populus of “small, poor people of the rural lands slowly die in the shadow of indifference of big cities’ administrations”. We are told that this miserable area is also home to a dark and strange folklore, which has provided lyrical inspiration to the band as well.

How has this French foursome translated these inspirations into sound? The answers are revealed in a debut album named Calamites & les Calamités, which is set for international digital release on May 28 (with physical editions on slightly different dates) by one of our favorite labels, Antiq Records. One hint of what the album holds for listeners has been provided through the release of a song called “Courroux du Lébérou“, and today we present another through our premiere of “La Lanterne du Mort“. 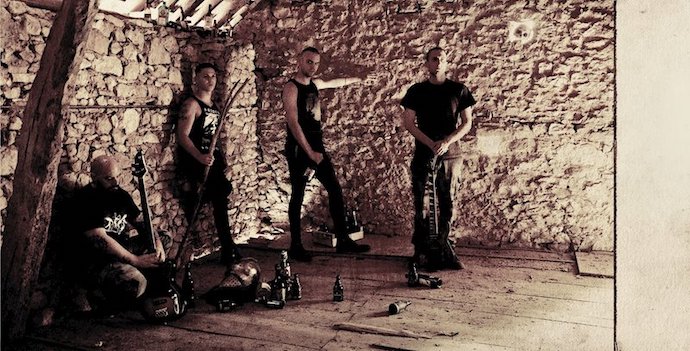 As displayed in today’s new song, Ascète fashion a distinctive form of black metal infused with evocative melodies that seem nostalgic and bright in some dimensions, beleaguered and haunting in others, and fierce and furious in still others. The guitars ring in inviting tones and feverishly vibrate in sounds of desperation, while the raw, screamed vocals (recorded in an almost ruined old barn) are relentlessly scorching.

The humming pulse of the bass is a prominent presence, and the continuously changing drum rhythms (which occasionally reveal a punk influence) give the music a persistently visceral punch — together, they become as riveting in their effect as everything that happens around them.

And a lot happens around them. The intensity of the music ebbs and flows, and in the softer and most beguiling moments the song seems to draw us back, again and again, to poignant memories of a distant past. Even when the music soars and sears, there’s a kind of spirited splendor in the sounds, and the changing permutations of the lead-guitar arpeggios make the morphing music even more engrossing. Yet anguish floods the song as well, rendering a particularly bleak sonic portrait at the end.

But don’t stop with this song. Below you’ll find a stream of that previously disclosed track, “Courroux du Lébérou“, which includes guest vocal performances by Sanglar (clean vocals) and Le Cornu (Herlequin) (interpreting the Lébérou). It’s every bit as dynamically multi-faceted and gripping as the song we’re premiering, a fascinating amalgam of styles both new and old, used to channel an equally rich tapestry of moods.

Antiq is providing the album in CD, vinyl LP, and digital formats, along with apparel and pins, and you can pre-order all of it now: