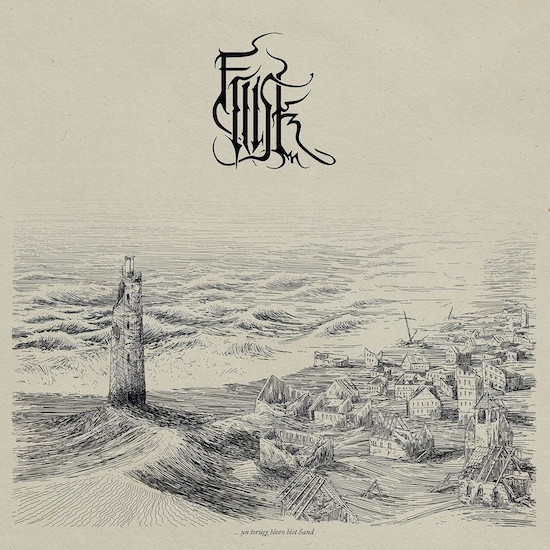 The German black metal band Friisk made a strong impression with their first EP, De Doden van’t Waterkant, in 2018. They followed that last year with a split release, joined by the French band Loth, but they’ve mainly devoted their creative energies over the last two years to the development of a debut album. Entitled …un torügg bleev blot Sand, it has now been announced for release on July 2nd via Vendetta Records.

Friisk draw inspiration from the landscapes of the East Frisian region in which they live — and the lyrics themselves were written in German, Low German, and the Sater Frisian dialect — as well as from a need to confront the negative experiences of individual human beings, and to explore in cathartic fashion the realities of fear, devastation, depression, illness, and death.

The resulting music, as displayed on the new album, is emotionally powerful on multiple levels. It surges with ravaging intensity, hostile and assaulting. But at least equally, the music is also atmospheric. In its melancholy melodies it provides an authentic reflection of the unavoidable emotional damage that’s inherent in the human condition, yet also points the way to the possibility of hope.

We have a great example of these facets of Friisk’s music in the gripping and intensely memorable song we’re premiering today: “Dem Wind entgegen“. 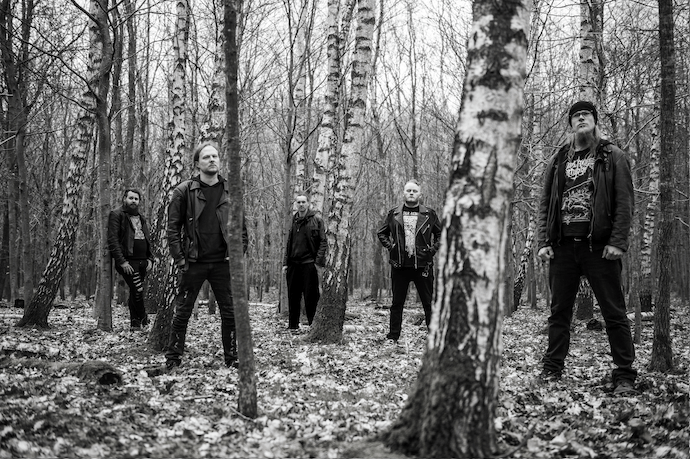 Friisk tell us this about the track we’re presenting: “The first single from our debut full-length …un torügg bleev blot Sand, titled “Dem Wind entgegen”, revolves around the idea of steady progress, even when it seems to go nowhere.”

The song drives with intense, visceral power, armed with hefty bass lines, pummeling percussive assaults, and scorching shrieks. The harmonized riffing writhes and roils with a brilliant tone, and as it rises and falls, the moods move from scintillating ebullience to bleak torment. The lead guitar wails in piercing, stricken tones; the drums shift into bounding cadences; and the vocals morph into expulsions of raw, braying extremity and cruel growls.

It’s an electrifying and increasingly desperate surround-sound vortex that envelops the senses. But the storming does eventually relent, opening a space for a soft, rippling guitar arpeggio, which forms a brief though spellbinding prelude to pounding rhythms and slashing chords which collectively elevate the music into sounds of towering, heart-broken grandeur, accented by a beautifully fluid but deeply melancholy guitar solo. At the end, a guitar rings alone in tear-stained tones….

…un torügg bleev blot Sand includes six more songs, with a total running time for the album of 48 minutes. On the title track, Friisk are joined by guest vocalist Zingultus (known from Endstille and Nagelfar).

The album was recorded, mixed, and mastered by Andy Roszyk (Ultha) at Goblin Sound Studio in Cologne. The artwork and design was handled by Chris Kiesling from Misanthropic-Art. The full artwork includes not only the album cover but also illustrations for each song that connect to the topics of the lyrics and the music.

The album is available for pre-order as of today, and it’s recommended for fans of Nagelfar, Wolves in the Throne Room, and early Secrets of the Moon.