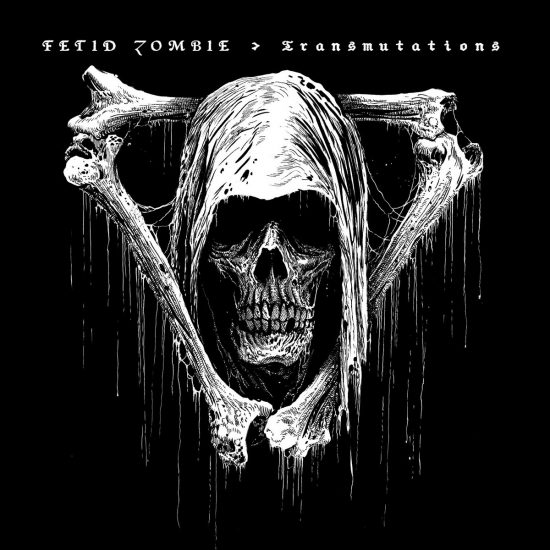 Almost five years have passed since Epicedia, the last album by Mark Riddick’s Fetid Zombie. That long stretch of time didn’t represent a hiatus, because Fetid Zombie continued releasing splits and EPs every year, but the time has finally come for a new full-length. Bearing the title Transmutations, it’s calendared for release by Transcending Obscurity Records on July 30.

Long before this new album it was evident that Riddick’s songwriting wasn’t going to stagnate with the passage of time. Instead, it has become increasingly exploratory and inventive, and those tendencies are in full bloom on the new album. While it may be true that classic death metal heaviness and ferocity are still at the core of the music, it wouldn’t be wrong to call Transmutations a progressive death metal thrill-ride.

As proof of that we’re presenting today “Breath of Thanatos“, an amazing song that’s a genuine kaleidoscope of sound, as elaborate and enthralling as it is punishing and frightening. 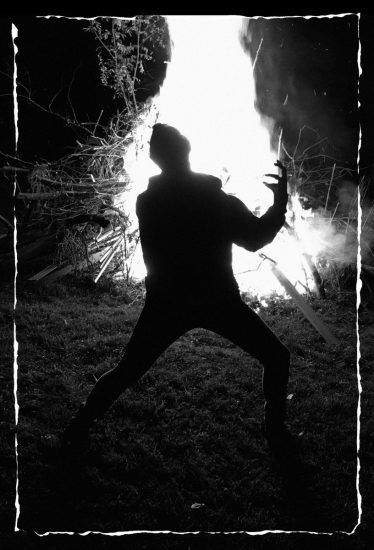 “Breath of Thanatos” is a long track, nearly 9 minutes, and Fetid Zombie packs those minutes with compelling and often surprising experiences. The music gallops and slashes at first, but becomes astral and wondrously mysterious — but also sinister and dangerous — in a synth-embellished passage that includes wailing and screaming vocals along with ravaging growls. Darting and writhing riffage emerges like a nest of vipers over head-hammering percussion. Brazen chords and stomping beats lead the music into a feeling of imposing grandeur, and the reverberating radiations of a pair of sky-high, fantastical solos send shivers down the spine.

Near the end the music seems to glitter and dance, enveloping the listener in a star-shine dream that becomes increasingly hallucinatory. But moaning low frequencies and those heartless growls won’t let you forget that there’s a monstrous peril looming over your shoulder.

Of course Mark Riddick deserves the lion’s share of the credit for this music, but his ambitions led him to enlist a big array of impressive guests to help make his ideas a reality. Here’s the complete album line-up:

Transcending Obscurity will release Transmutations on vinyl, CD, and digital formats, with a multitude of apparel options. Via the links below you can explore all those options, and then you’ll also find a Bandcamp player that will allow you to explore a trio of previously released songs from the record.