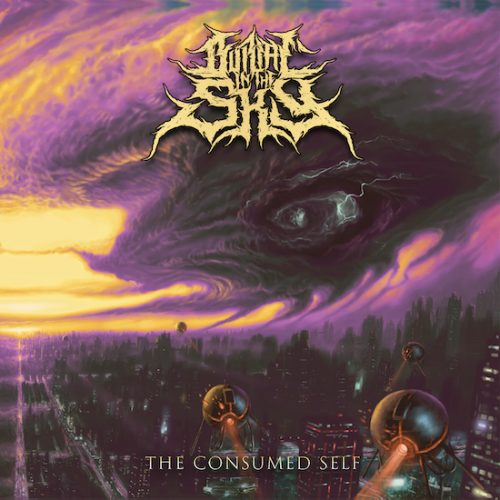 I don’t think anyone would deny that, for the last several years (and that’s just a very conservative estimate) the Techy/Proggy end of the Death Metal spectrum has been in rude and ruddy health.

But still… there’s a certain glaring absence, a spiralling void if you will, in the scene that’s been crying out to be filled ever since the most recent album by The Faceless revealed them to be a mere ghost (pun intended) of the band they once were.

Many have tried to step up, of course – often, unfortunately, by simply parroting, or parodying, the exact same sound which made Keene and co. famous – but so far only a few have even come close to being worthy.

However, while previous records from Burial In The Sky may have marked them out as being worthier than most to pick up that particular torch, what really surprised me about The Consumed Self (which is easily the best work of the band’s career) is that, if anything, it suggests that BitS plan on stepping into a very different pair of shoes.

Whose shoes exactly? Well you’ll have to wait just a little while longer to find out, because this review – much like the album which inspired it – is made up of two distinct halves. 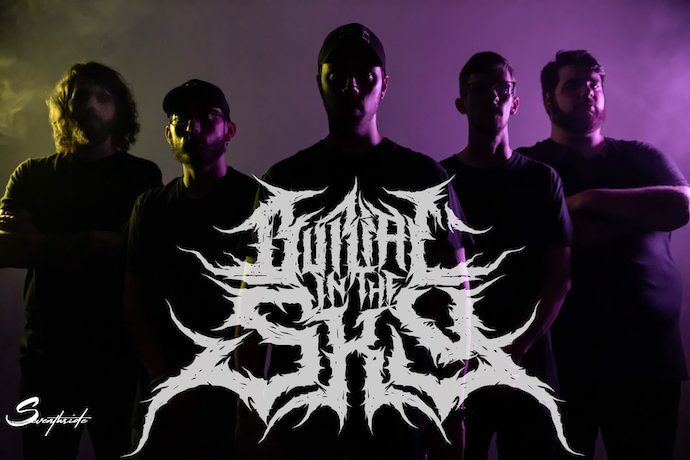 If nothing else, the first half of The Consumed Self serves as a welcome reminder of just how much technical talent and songwriting skill this band possess (even if they haven’t always balanced the two as well as they might).

Opener “An Orphaned City”, for example (following on from the immersive introduction of “The Soft Violet Light”, which has the rare distinction of being an intro track that I don’t instinctively skip) floats like a butterfly but kicks like a mule, marrying agile aggression and rapid-fire fretwork in a way which should make it obvious, to both new fans and long-term listeners, that BitS are on top form here.

And any remaining doubt is then quickly dispelled by “On Wings of Providence”, whose taut, rhythmic riffery and attention-grabbing growls are further augmented and enhanced by an understated undercurrent of subtle synths and an absolutely captivating clean-vocal performance (I’m not sure by who) which, truthfully, I’d have loved to hear more of throughout the track.

However… therein lies the main issue I have with the first half of this album.

Because as good as it is (and I haven’t even mentioned “Amaurosis Shroud” yet, which is positively electrifying at times) it still leaves me feeling like the band aren’t pushing things as hard, or as far, as they could do.

The clean vocals, for example, are a perfect addition to their arsenal, so why are they so sparsely and hesitantly used? The ambient/atmospheric moments feel like they need more room to breathe, so why not give it to them? And even the sinuous saxophone passages no longer seem quite as unique or unusual as they once did (since everyone under the serpent sun seems to be incorporating them these days).

But – and it’s a big but indeed – if the first half of this album is the sound of a band simply refining what they’ve done before (and doing so very well indeed), then the second is where you can see them actually evolving into something newer, and better, practically in real-time.

I had a feeling that “business was about to pick up” from the moment that I heard the sublime acoustic introduction to “Mechanisms of Loneliness”, and if the track’s subsequent metamorphosis into a bombastic blend of proggy, propulsive riffage, rippling rhythmic hooks and precise, powerful vocals, tells us anything else about the rest of the album it’s that the second half of The Consumed Self is more closely aligned with the work of much-missed Prog-Death maestros Becoming the Archetype than any of the band’s current Prog/Tech peers.

Ambitious, two-parter “Mountains” only reaffirms this impression, and almost seems like it was written as a direct response to some of those questions/criticisms I laid out above, with Part 1 laying down the law in a dizzying rush of pounding riffs, proggy synths, and scintillating lead guitar work, before Part 2 throws down the gauntlet in a six minute masterclass of shimmering soundscapes, sombre saxophone, haunting atmospherics, and heavyweight aggression (plus some more of those captivating cleans) as if to say “you think you know what we’re capable of? Well think again…”

The band save the best for last, however, as while the agile melody and technical intensity of “Caught in the Azure Cradle” is another striking example of the band stepping up their game, it’s the titanic twelve-and-a-half minute closer which really adds the gleaming cherry on top of this lip-smacking Prog/Tech sundae.

Now, I’ll admit I’m a sucker for when bands end their album on their longest, most epic track (so much so that we ended up doing it ourselves… but that’s another story entirely).

The thing is, if you’re going to do that, then you really need to make sure that it’s not just your longest song… it also needs to be your strongest song too, or you’re just going to end up disappointing your audience right at the point when you need to be impressing them the most.

But, don’t worry, “The Anatomy of Us” doesn’t just stick the landing but actually adds a few extra outlandish flips and twists in the process, not only giving the pseudo-symphonic, electro-sci-fi synths more prominence – using them to add an extra dash of colour, without pulling focus away from the taut, technical riffage which dominates the middle of the track – but also allowing the clean vocals to take centre stage at both the moody beginning and majestic end of the song, ensuring that not only is this the best song on the album, it’s far and away the best song in their entire catalogue, and hopefully a thrilling sign of what’s to come.

In the end The Consumed Self is a perfect example of how, sometimes, the path you thought you were on doesn’t necessarily lead where you expected it to. But that’s ok, because this is a much more interesting path for Burial In The Sky anyway, and one I hope they continue to follow as long and as far as they can.

One Response to “BURIAL IN THE SKY – THE CONSUMED SELF”