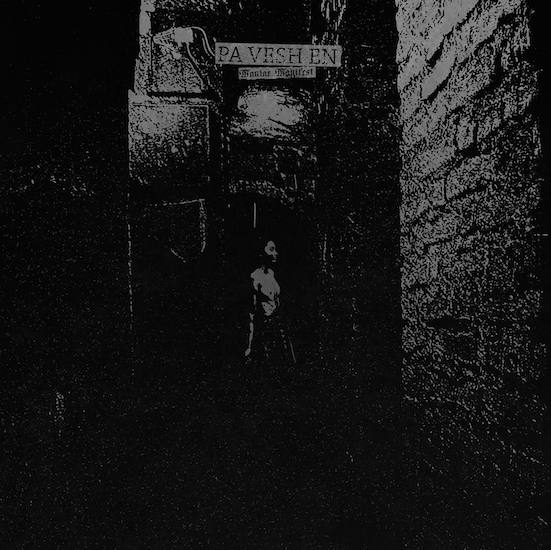 An evocative title, this one: “In the Wood of Hanged Men“. If you let your mind dwell upon it, you might imagine a nightmarish experience, a vision of rotting flesh descending like pendulums from gnarled black branches, swaying to the movement of their own ghastly clockwork or simply gazing down with hollow eyes from the angles of broken necks. Maybe you can imagine their own terrors… maybe you can still hear them scream….

It’s a chilling vision, and a fitting title for the music itself, which is itself profoundly unearthly and terrorizing. What you might not expect is that this diabolical, ultra-disturbing, creation by Pa Vesh En is almost capable of simultaneously creating a fugue state, an appalling spell that somehow radiates through the shattering violence and becomes arresting. 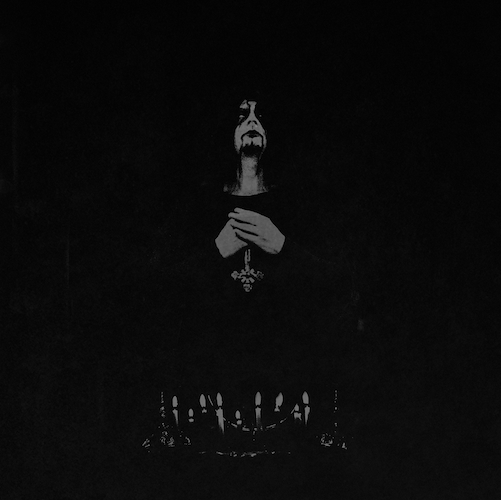 Perhaps the most arresting ingredient in the song is the continuing undulation of humongous subterranean frequencies, moving like some world-encircling serpent beneath the mantle, whose massive, ominous movements resonate within the marrow of your bones. But if that’s the most arresting quality, it’s a close call — because of what’s happening on the other end of the frequency spectrum.

High above those groaning undercurrents a collage of heavily reverb-ed tones glitter and scream, creating harrowing celestial visions, like streams of blazing meteors or paroxysms of stars that then rain from the sky. The effect is both wondrous and terrorizing, but the greatest terrors are made manifest in the vocals, which are given over entirely to berserker shrieks.

Last but not least, the drum-and-cymbal work is also arresting. Like everything else, the sounds reverberate — as if recorded beneath a massive vault of ancient stone, sometimes punishing, sometimes stately — and vividly participate in the shifting of moods into greater and lesser degrees of fear. And so, although the great subterranean serpent in the music is capable of creating a trance state in the listener, everything else in the track wars against that, intent on creating its own kind of horrible, delirious rapture.

The song is from a new album by this Belarusian entity named Maniac Manifest, an album that presents alterations in both production and the degree of ferocity in the music as compared to previous works.

Iron Bonehead Productions will release the album on September 10, in LP vinyl, CD, and cassette tape formats. For more info, check the links below. And then steel yourselves and partake of the previously released stream of “The Eyes Full of Horror“.