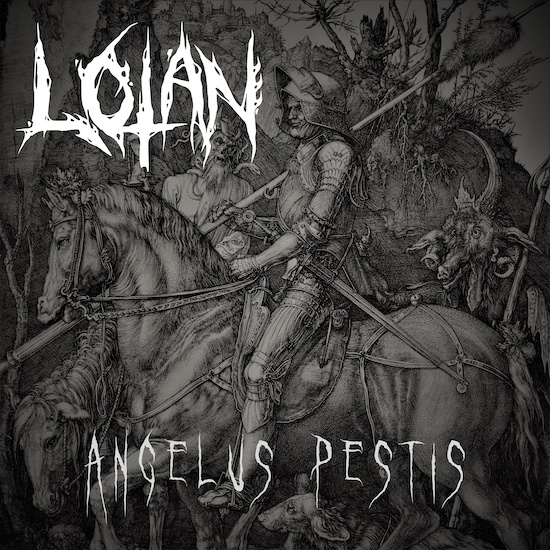 The biblical sea monster Leviathan was pre-figured by the serpent creature Lotan in the Ugaritic cycle of stories about the Canaanite god Ba’al. Lotan is also the name chosen by a new-ish Danish black metal band, whose debut EP Nihil Sacrum was released in January of this year and whose second one, Angelus Pestis, is now set for release on September 3rd by UPRISING! Records.

Lotan may be relatively new to the scene, but its two members are not. Both guitarist/bassist Phillip Kaaber and vocalist Martin Rubini are also bandmates in Vanir (and they are joined in Lotan by live members Lasse Guldbæk (Abscission, Vanir), Christian Haystack (Fall of Pantheon), and Jon Schmidt (Northfall).

Lotan draw their lyrical inspiration from both satanic spiritualism and existential philosophy, and in their music they follow in the path of such bands as Marduk, Taake, and Satyricon.

Last fall we had the pleasure of premiering a song from the band’s first EP, and now we present a lyric video for a track from the new one — a song named “Interitus“. 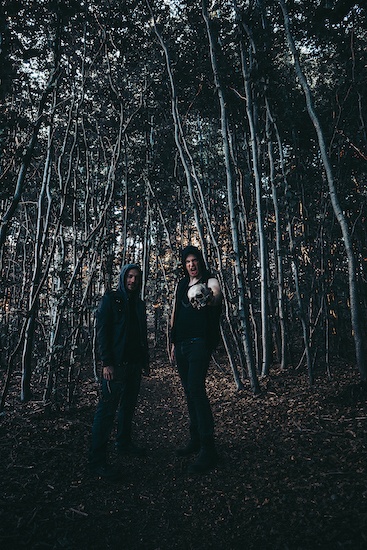 This new song is a warlike assault of blasting and hammering drums, manically pulsing bass, blazing riffage, and furious vocal tirades that veer from enraged screams to bestial roars. The music sears and scourges as the riffing boils and writhes in a manifestation of violent mayhem, creating a paroxysm of flesh-ripping madness. But the song also jabs and jolts in a semblance of swaggering cruelty, and a lead guitar melody surfaces that wails in abject sorrow, as if bearing witness to the ruination wrought by the self-destruction of humankind.

The nihilistic video (produced by YOD Multimedia) spices together footage of German assaults during World War II with imagery of ancient statuary, carvings, and engravings, many of which portray visions of heaven and hell. The lyrics in Danish and Latin seem to suggest that the scripture of humanity is not one of progress toward salvation but a never-ending cycle of violence and death. The song title itself is a Latin word for ruin, destruction, and extinction.

To repeat: The Angelus Pestis EP will be released in digital format by UPRISING! Records on September 3rd, and it’s available for pre-order now: