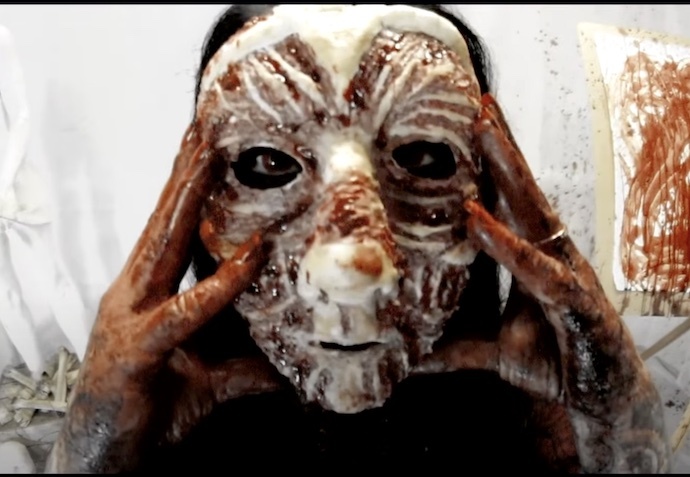 I then copied all those links into the NCS WordPress editor and opened them again at a computer in our house that has shitty wi-fi. The one with a decent internet connection is in the “family room” where the TV is, and my wife was in there catching up on the news (she wakes up ridiculously early too). Even with headphones on, I can’t listen to metal in that room when she’s there. I have to crank up the volume, and her ears are so sensitive that she can hear the sound leaking through the headphones. It annoys her because she can’t stand extreme metal. I strongly prefer that she not be annoyed.

So off I go into the room with the shitty wi-fi reception, realizing that it’s going to repeatedly cut out and my computer is going to have to repeatedly reacquire the signal, which doesn’t happen quickly. This typically occurs after about every two songs, but sometimes in the middle of a song, which means I have to start the song over. This elevates my blood pressure and dramatically slows down the process of listening. I wish our internet service were better, but I live on an island and the service is shit and there’s no ISP competition on my dirt road so I’m stuck with it.

I didn’t get through all my 20+ candidates. At some point I made myself stop, knowing that I had to start writing in order to get this column finished at a reasonable hour when visitors would expect to see it here on a Sunday. And then I made my picks, which was a much more random process than I would like.

That’s how today’s sausage got made. It’s pretty much the same process every Sunday. Aren’t you glad you asked, you there at the back of the room?

I’ve organized today’s selections this way: At the beginning and at the end I have complete albums by Italian bands. In between I inserted a quartet of videos whose origins range from Norway to France to Finland to Indonesia, followed by a pair of new EPs by U.S. bands. 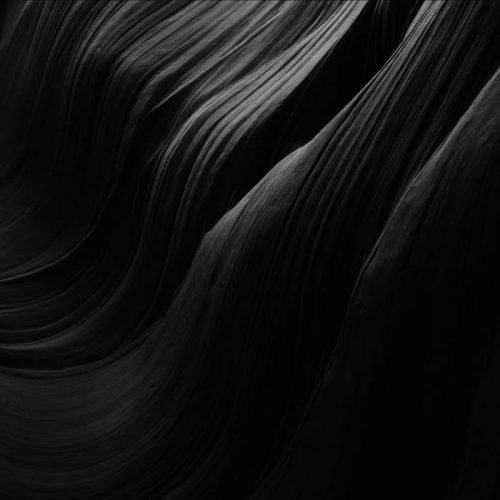 What a nice surprise to see that Marco from Hornwood Fell (perhaps joined again by Andrea from the same band) has made another release by his avant-garde side project Nur Run. This one, Among Those Waves, is the second album created under that name.

The music is a wide-ranging experience — indeed each song is labyrinthine. Nur Run is fully capable of unleashing harrowing barrages of blistering and bombing percussion, warped and writhing riffage, and howling vocal hostility, creating storms of destructive derangement. In its less tumultuous movements it’s still harrowing, infecting the mind with eerie ringing arpeggios over a rock-crushing low end, venting horn-like fanfares and dirges coupled with muttered and snarled words, generating moving walls of dismal and diseased melody, or pounding like massive sledgehammers.

The drum patterns are in constant flux, and tend to seize attention even when the contortions in the riffing (and there are many of them) reach zeniths of frenzy and fever or send waves of anguish cascading through the mind on a grand and grievous scale. Dissonance and discord reign, except when sorrow and despair reign, seated on their lonely thrones.

The music and the vocals are relentlessly intense in all these unnerving aspects, and thus the album ruthlessly runs you through a gauntlet of elaborate madness. All the twists and turns tend to prevent it from becoming an endurance contest — but it will nonetheless severely test you if you make the run without a break.

Among Those Waves will be released by Pest Productions on CD next month. It’s out now digitally. And if you haven’t heard Hornwood Fell‘s new album Keres, you really should — at this location. 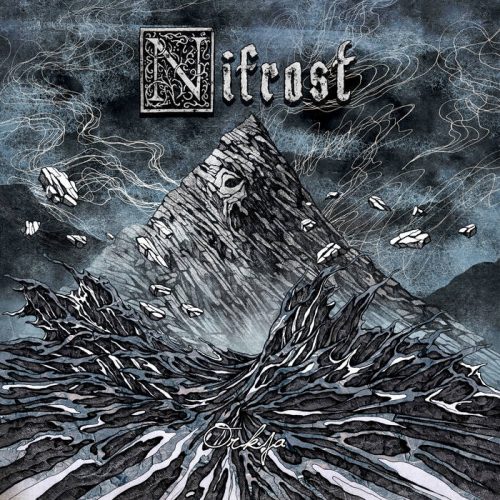 This next selection is the first of the four new videos I promised. Nifrost explain that the song in the video, “Orkja brotna”, is “the tale of the mountain ‘Orkja’ – a 948 meters steep and rocky mountain in Jölster (Norway) close to Lake Jölstra, the home-place of two of our band-members”. But it has symbolic meanings too, as the band further explain: “This song speaks about the panic and fear the Might of Nature causes when it decides to release its powers, and we have seen the last few years and maybe even more this summer that we humans are powerless beings in the hands of Nature.”

As one might expect from that explanation, the music creates visions of sweeping but daunting grandeur, intertwined with melodies of deep sorrow. The vocals hit heights of wrenching pain, but soaring choral vocals and glorious soloing again draw the mind into ancient realms of myth and majesty.

The song is from Nifrost’s new album Orkja, which was released in June by Dusktone. It features guest appearances by Stian from Windir / Vreid, Espen from Mistur, and Iver from Enslaved. 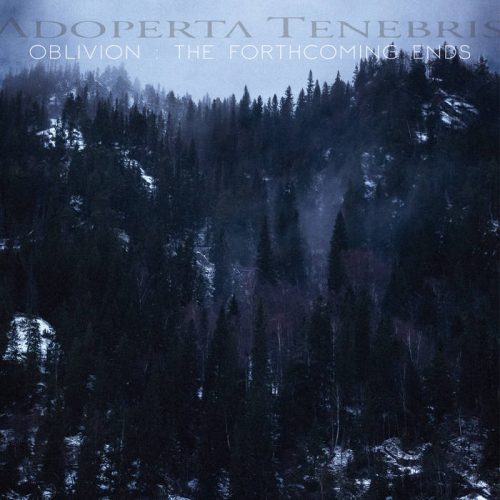 Next up is a video for “In Our Mazes“, a song from the forthcoming second album by this one-man project (aided by assorted guests and session drummer Azh). The song casts a perilous and haunting spell as it swirls and darts, races and rumbles, sweeps and soars. The bass has a prominent place, which is all to the good, and the nuanced drumming makes a fine companion. The song will certainly give your pulse a swift kick, and its emotional energies are dark and deleterious, but it’s nonetheless enthralling.

The new album is named Oblivion: The Forthcoming Ends. It will be released by Les Acteurs de L’Ombre Productions on November 5th. 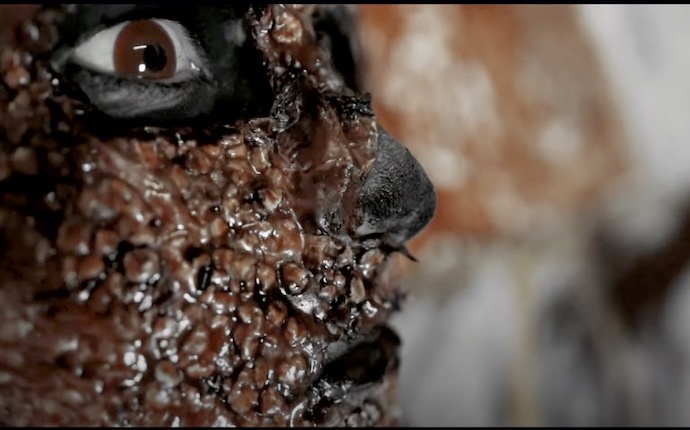 If you wondered where the photo at the beginning of this column came from you’re about to find out.

Honestly, the first time I went through this video for “Blood Magick” I was only listening with half a brain because the other half was so fixated on what I was seeing, especially the sights of a buxom demoness showing us her heart and then painting the walls with blood, though the sights of the band were also attention-grabbing.

As for the music, it’s bone-smashing and brain-scathing. It’s almost primitive in its battering, slashing, and screaming ferocity, and the slithering soloing adds an atmosphere of arcane magic, as if fashioning the soundtrack to an absolutely vicious and blood-spraying ritual. “Blood Magick” indeed.

The song is from Saturnian Mist‘s new album Shamatanic, which will be released on September 17th by Petrichor. 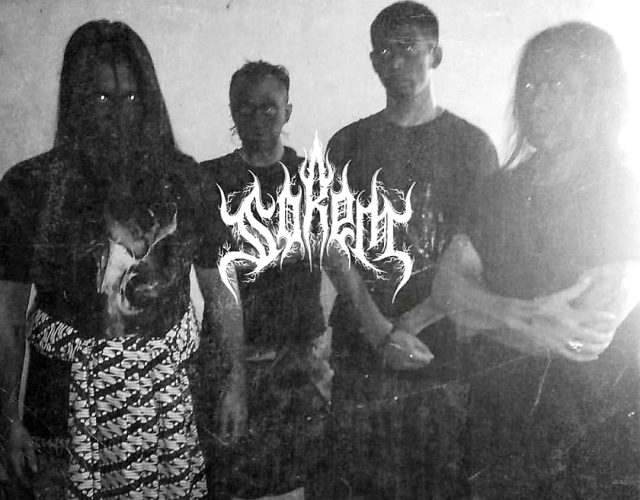 The next lyric video accompanies a new single named “Mayanetra Yamadipati” by this Indonesian black metal band. Here is how they explain its meaning:

“Mayanetra Yamadipati is an ancient attitude about the mentality of the silent killing movement. This slogan was first popularized in the era of the ancient archipelago, the era of the occultism bhairawa sect being worshiped. Bhairawa is a leftism of the gods, synonymous with worshiping blood and sacrificing the lives of enemies in their worship”.

The music sounds like the frenzied dance of a wild dervish, packed with crazed fret-leaping riffs, hyper-blasting drums, and savagely unhinged vocals, but also infiltrated with slowly slithering reptilian melodies that have a poisonous and arcane aspect. It’s a diabolical head-spinner of a song, and all the melodic through-lines sound exotic, sinister, and strangely entrancing to these Western ears. The video is also as fascinating to watch as the song is to hear. 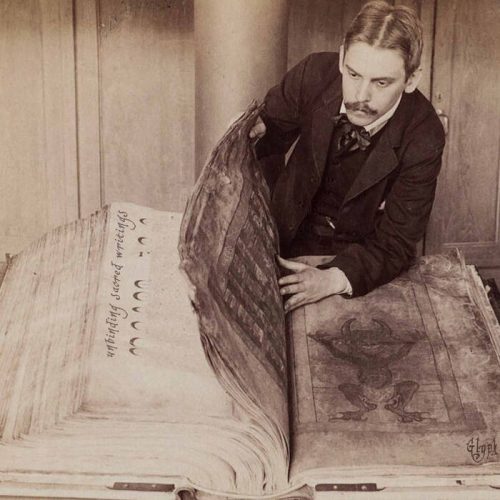 Now we come to the first of the two EPs/demos I mentioned earlier. This one is a four-track affair from a one-person U.S. band named Glyph. It would have made a good follow-on to the Nur Run album with which I started today’s collection. It too is a harrowing and labyrinthine excursion that makes prominent use of dissonant chords and disturbing leads that squirm and dart with mad abandon, matched by the madness of throat-shredding screams and cries.

The twists and turns within the songs are manifold, with passages that viscerally jolt and jump as well as frequent movements in which the music brazenly blares in displays of terrifying eminence, cuts like a blizzard of knives, or becomes engulfed in seizures of delirium. The experience is utterly electrifying, and perhaps it’s for the best that the whole thing is only 10 minutes long — otherwise we really would be left gasping for air. 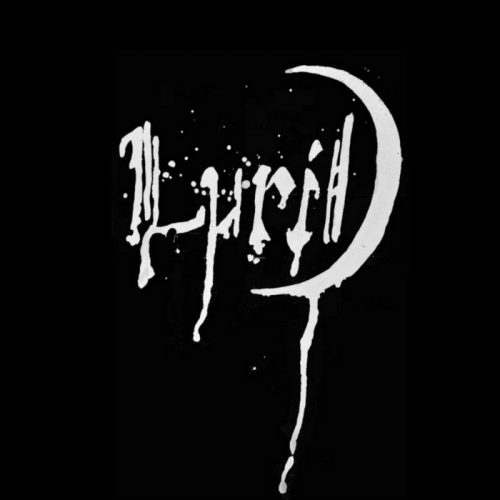 Chicago’s Lurid have returned with a new two-track demo. This one will test your mettle too.

The opening track “Unchained” is an immersive swirl of glorious but predatory riffing, straddling a line between crazed ecstasy, frightening dread, and dire melancholy, all of it accompanied by cavernous roars. When the pulse-pounding drums fall silent, the guitar wails in piercing, gleaming tones, dragging the mood of the music even deeper into hopelessness and grief. As the sonic power of the song gradually increases again, those glittering riffs continue to magnetize the mind, climbing toward heights of breathtaking desolation.

“Wasting Plague” is the shorter of the two, but it’s equally riveting. The drums gallop, scamper, and pop; the vocalist bellows like a subterranean leviathan; and the riffing seamlessly segues from heart-pounding ebullience to feelings of wailing despair and crushing gloom. Let me say again: The riffing is downright glorious — glorious at all times, even when it’s a manifestation of emotional fracturing.

The demo was released on cassette tape by Vendetta Records on September 3rd. It’s also available digitally from the label and the band. 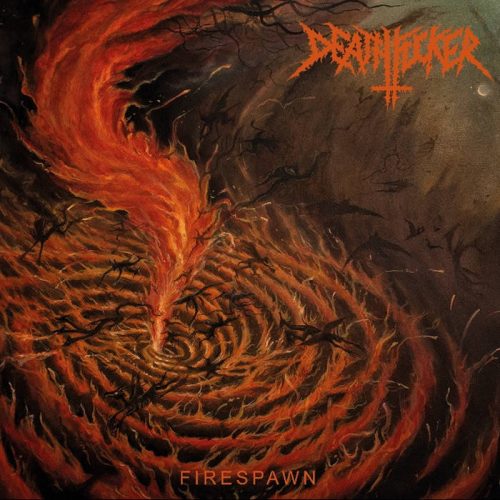 To close I’ve chosen the second album sourced from Italy that I mentioned at the outset of this column, this one by the hell-raising devil-worshippers in Deathfucker. The album was released in June, but I managed to overlook it despite being an ardent fan of the band’s previous releases (this debut album is their fourth release, and now I’ve written something about all of them).

The perfectly named Firespawn consists of 9 tracks and 40 minutes of predominantly blazing black thrash, packed with napalm-fueled riffs that skitter and slash, swooping and diving solos, viciously vertebrae-cracking drums, and wild, teeth-bared, blood-lusting vocals. The music is unmistakably evil, brazenly ecstatic, heartlessly cruel, and as assaulting as a pack of famished hell-hounds freed from their cages. But perhaps needless to say, these songs are virally contagious. They’ll flood your system with adrenaline, but hook your bobbing heads too.

I should add that the album is not a straight 40-minutes of turbocharged demonism. The title track opens with a blood-freezing satanic nightmare, the closing track begins as a monstrous march, and occasionally the band fall into a menacing, jolting, lurching momentum or seem to seethe with implacable hatred. But these guys clearly know what they love best and they stick with it for most of those minutes, reveling in the hellfire that surges through their veins and the fiendish joy of injecting it into yours.

By the way, the fantastic cover art was created by Mariya Popyk.