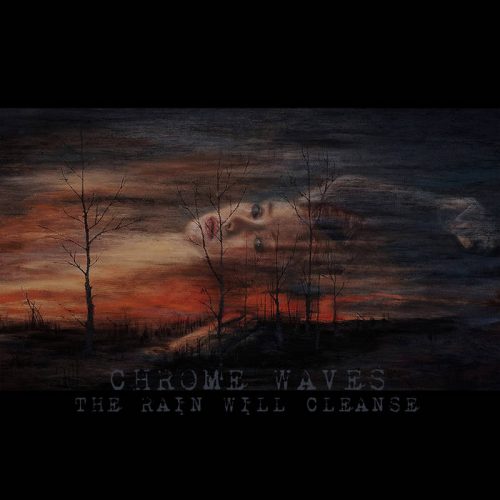 It is always fascinating, often a little bit thrilling, and even occasionally slightly fulfilling, to watch a band achieving its true/final form.

This is not, in any way, an attempt to downplay the quality or value of said band’s previous work – which, in this case, includes an extremely solid debut in A Grief Observed and an even better (and emotionally deeper) second album in last year’s Where We Live, along with a couple of shorter, but equally intriguing, releases along the way – but an acknowledgement that growth, be it physical, emotional, or musical is an ongoing process whose end point we don’t always know in advance.

Case in point, even the most casual listener, on their first run through The Rain Will Cleanse, the third album in as many years from prolific “Post-Black Metal” group Chrome Waves, will quickly realise that the band have pretty much abandoned… or, perhaps it’s better to say, grown out of… their more blackened influences (the only real remnant being the scattered shrieks strewn here and there throughout cathartic closer “Aspiring Death”) in favour of a sound that favours the more emotive and expansive, Post-Rock, Post-Punk, and Shoegaze-inspired side of their identity.

It’s still recognisably the same band, yes, but is also just as clearly the next step, the next necessary step, in their ongoing evolution.

Call it the beginning of their post “Post-Black Metal” phase. 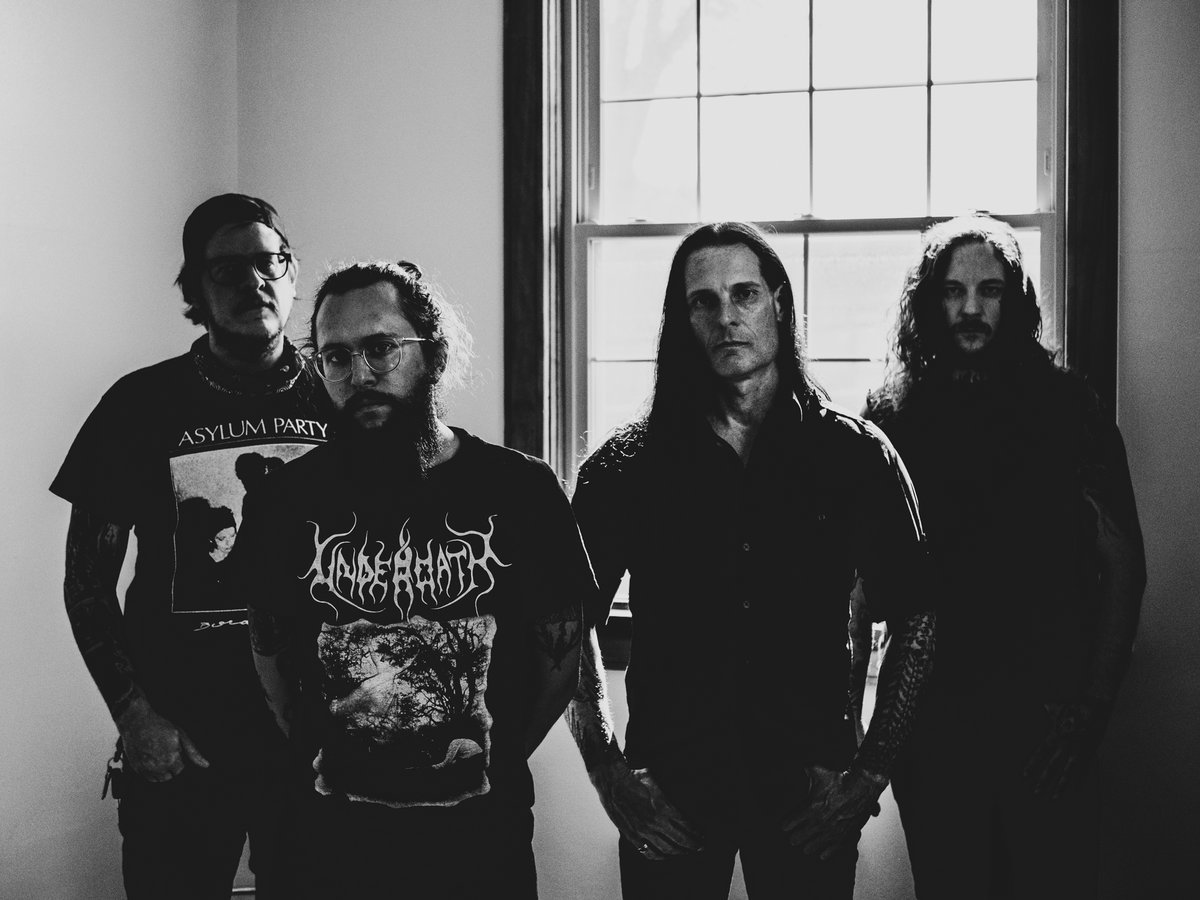 To clarify that statement, let me put it like this. Whereas the band’s previous work(s) still contained a distinct strain of Black Metal in their underlying DNA – shades of Agalloch and Abigail Williams, not to mention a prominent and pervasive Alcest influence, all playing their role in shaping and structuring the group’s sound – that particular genetic strand has almost been completely bred out of their music now, with perhaps only a vague sense of form (and a vestigial love of shimmering tremolo parts) remaining to point back to where they came from.

But that’s how evolution works, not just in the animal kingdom but in the music world too, and while some bands swiftly find and dominate their ecological niche to the point where they stop needing to evolve, others continue to adapt and improve with every new iteration, responding to unseen creative forces and subtle environmental pressures by sacrificing certain features, and doubling down on others, in order to become fitter, stronger, and just generally better as time goes by.

So while some may bemoan the lack of “blackened” elements – “Post-”, “Atmospheric”, or otherwise – to be found here, the simple truth is that Chrome Waves sound even better and, dare I say, much more themselves, without them than they ever did with them.

Now, I’m not claiming that what the band are doing here is totally unique by any means. They would, I’m sure, be the first to admit that they’re still standing on the shoulders of giants (as are we all, when it comes down to it).

But the fact is that they’ve taken this mix of sounds and influences – a heavy helping of Hum and Slowdive, a dash of My Bloody Valentine and The Cure, maybe even a sprinkling of latter-day Anathema and Porcupine Tree – and used them to create something which is truly capable of standing on its own, while also taking a confident step away from the already oversaturated Post-Black Metal scene.

Of course, the real reason this moody melange of subtly proggy, gorgeously gloomy and – some might say – plaintively poppy music works so well is not simply due to the way it incorporates and amalgamates such an impressive bevy of influences and inspirations, but because the songwriting is just so damn good.

Whether it’s the stoic pulse and introspective intensity of “Sometimes”, the simmering melancholy and soaring melody of “A Future”, or the gleaming leads and haunting harmonies of “Wind Blown”, there’s not a single weak song or weak moment here – every captivating chorus hitting exactly where and how it needs to, every carefully-crafted hook plucking at your heartstrings at just the right moment, and every aching, clean-sung vocal line striking just the right balance between mournful and hopeful, again and again.

I don’t doubt that The Rain Will Cleanse will probably prove to be a somewhat divisive record, both among our readers and among the band’s own fans, but I hope that this review convinces some of them, at least to give it a chance. Or a second chance, if they didn’t click with it the first time around.

There’s just something about it, something incredibly honest and heartfelt – especially when compared with some of their more well-known peers, whose yearning for mainstream acceptance and credibility seems to become more obvious, and more desperate, every year – that you can’t help but feel like, right here and now, Chrome Waves are exactly where they need to be, making exactly the sort of music they need to be making, and doing it better than pretty much everyone else.

4 Responses to “CHROME WAVES – THE RAIN WILL CLEANSE”