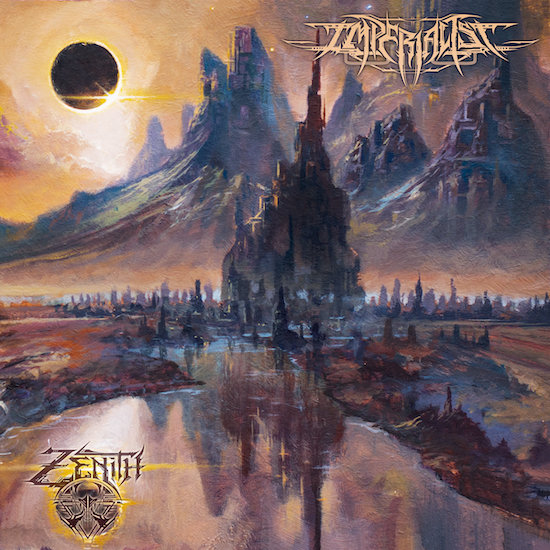 Three years ago we got the chance to premiere a track from Imperialist‘s electrifying debut album Cipher, a sci-fi-themed work that the releasing label (Transcending Obscurity) introduced with references to the traditions of Necrophobic, Dissection, and Sacramentum, with nods to the thrashier dynamics of Aura Noir and Vektor as well. That album caught lots of eyes thanks to the cover art by Adam Burke, and the music opened lots of eyes too.

As you can see, Adam Burke has done it again with the painting emblazoned on the cover of this California band’s forthcoming sophomore full-length, Zenith. And we’re again getting the chance to premiere a song from the new record in advance of its November 26 release by the same Transcending Obscurity Records. 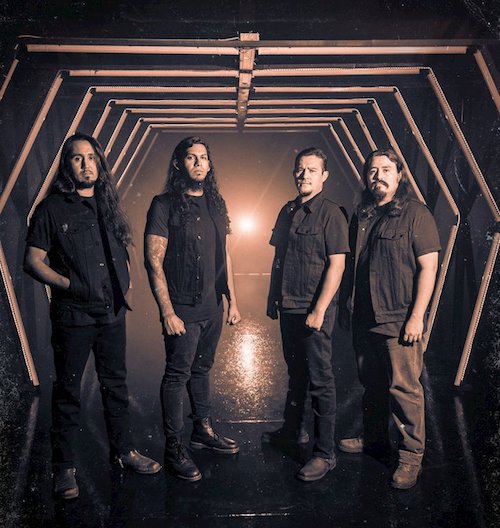 Consistent with the new cover art and the band’s debut album, Imperialist have again wrapped their musical creations within science fiction themes, and there is indeed something ominous and off-planet about “The Maw“. But before the song begins to create those sensations it opens in a black metal conflagration, all thundering drums, wild, roiling riffage, magma-like bass lines, and a scream that seems to go on forever. Madness burns within the scalding riffs and the multi-layered and maniacally darting fretwork, but those sounds subtly become more dissonant and despairing.

The sci-fi elements of the music begin coming more to the fore in a bridge made of jolting grooves and eerie, swirling guitars that then begin to seethe. And of course the song is named “The Maw” for a reason. As hinted at above, when the drumming becomes more measured, the atmosphere of the music grows more oppressive through ringing chords that seem to wail and groan, and even more menacing — though the frenzies of derangement never vanish, nor does the striking impact of those utterly vicious vocals.

As usual, Transcending Obscurity is releasing Zenith in a variety of formats and accompanied by apparel, all of which make good use of Adam Burke‘s terrific cover art. You can check out the options via the links below.

Also be sure to check out the stream we’ve included of the tremendous first single from the album, “Terminal Odyssey“, which does indeed sound like an intense space-faring odyssey, one that’s mysterious, frightening, desolate, and nova-like in the glittering brilliance of its sound (and home to some terrifically head-hooking thrash riffs as well).

One Response to “AN NCS PREMIERE: IMPERIALIST — “THE MAW””