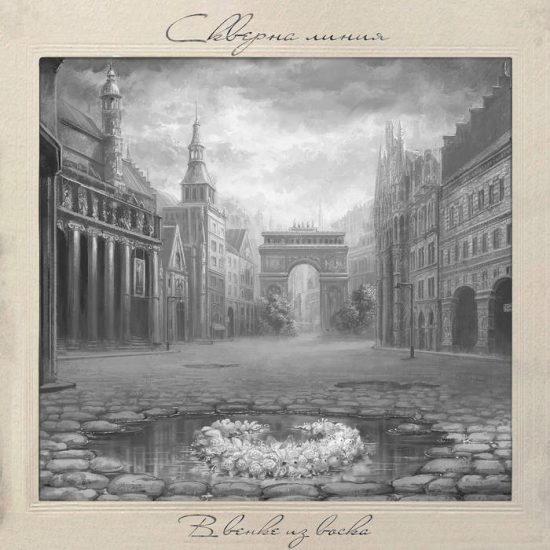 The magnificent cover art for Skverna Liniya‘s debut album В венке из воска (In A Garland Of Wax) portrays a scene that’s both classically elegant and desolate. It reveals grand architectural achievements that have become relics, looming beneath daunting grey skies, surrounding a cobble-stoned plaza virtually empty of life and a mysterious garland resting in a liquid pool. It’s a haunting vision, and an intriguing one. And it turns out to beautifully suit the music on the album.

This Russian band’s full-length advent (which will be co-released by Casus Belli Musica and Beverina Productions) summons adjectives like “atmospheric” and “progressive”, because it’s so powerful in creating moods and so fascinating in its dazzling instrumental and stylistic diversity (which include ingredients of doom and post-metal). As a preview of how the music will affect listeners, we share the conceptions that inspired it, as disclosed in the press materials: 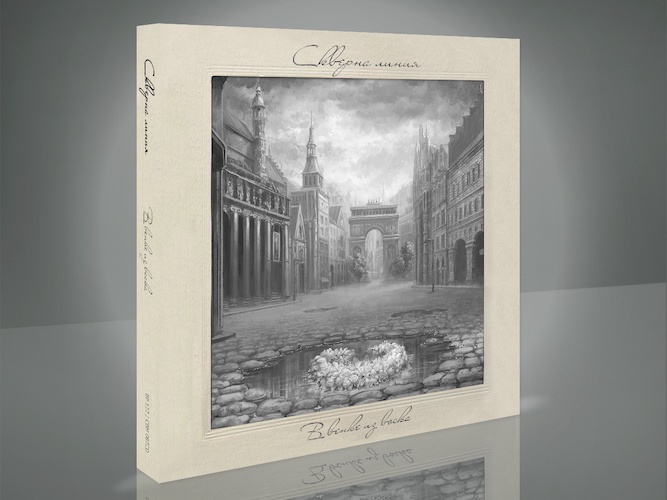 “The music from the album В венке из воска (In a Garland of Wax) (except the opening track) is based on the lyrics of Boris Poplavsky, a Russian poet in exile. The poet’s work was focused on the soul’s withering and searching in a hostile environment, loneliness and fear in coming into contact with reality. Cities in the early 20th century. Radical changes in the minds and lives of millions of people. Despair and the search for the meaning of life in the suffocating atmosphere of the pre-war period and the revolution. The breakdown of the worldview, spiritual torments, and the path of self-destruction”.

True to these inspirations, which are carried forward in the titles of the six songs on the album, the music flows in narrative fashion, building a grand and grievous epic. As the building blocks, Skverna Liniya layer in sweeping symphonics that are both mysterious and bombastic, turbulent rhythms and riffing that slashes and blazes, piercing guitar leads and solos that flicker and swirl in displays of startling brilliance, and gritty vocals of shattering ferocity.

But these overpowering sensations are only part of the journey. At unexpected moments, the ravishing intensity of the music abruptly transforms, transporting the listener into realms of glimmering astral ambience, dancing strings, and solemn organ chords, which in their own ways are just as immersive as the more torrential and thunderous assaults. In addition, the music becomes a heavy stalking beast, and folk singing of heart-felt passion takes the place of ravening snarls and wild screams. Acoustic strumming, sprightly keys, growling guitars, and heavy hammering rhythms provide further instrumental accents as the pages of this tale turn.

As mentioned, the moods of the music also change as the band fashion sensations of electrifying ebullience, heart-breaking loss, mesmerizing mystery, self-destructive madness, and tragic yet enthralling grandeur. At times hopeless and at others ragingly defiant, at times beseeching and at others resigned to despair, and with melodic motifs that are influenced by folk traditions, the album does indeed seem to grapple with and seek to channel the complexities of “the Russian soul” as shaped by the unique history and vast and versatile landscapes of the country.

And thus, like cover art, the album is elegant and imposing, capable of inspiring wonder and awe, but also desolate and mysterious. And we have the privilege of allowing you to hear all of it now:

Here are the people responsible for the music:

The artwork was created by innersys32 (Gloosh, Wintaar, Seltar, Second to Sun, Malist etc.). The album was mixed and mastered by Mikhail Kurochkin (Trna, Olhava, Show Me a
Dinosaur etc.). 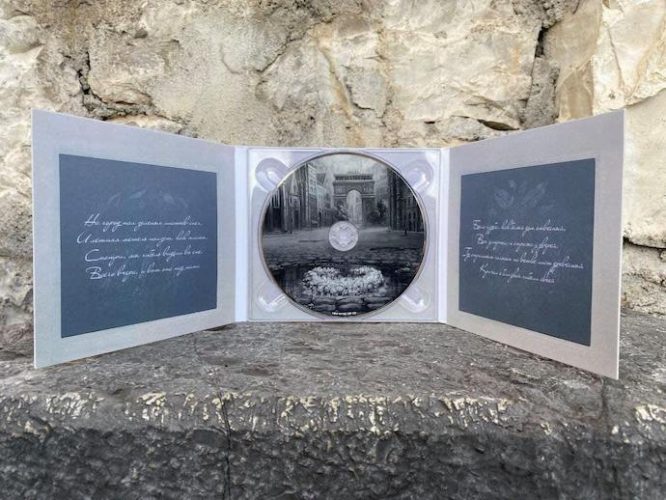 The album will be released on October 1st, in a limited digipak CD edition and digitally, available through Casus Belli Musica or Beverina Productions.