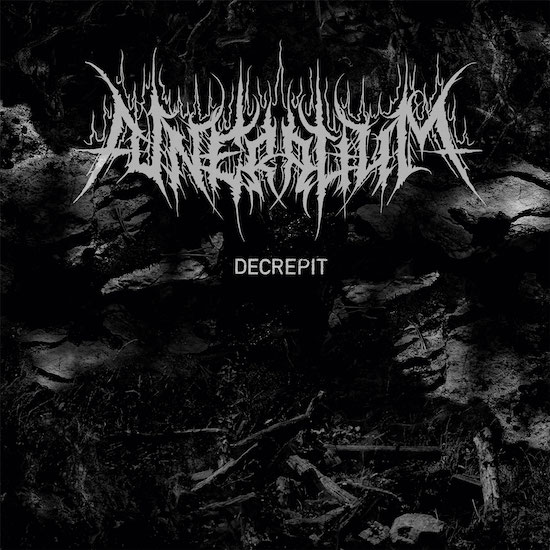 The French funeral doom band Funeralium named their 2004 debut demo Ultra Sick Doom, and the name has stuck as a shorthand for their music. But what does it mean? As portrayed in their formidable fourth album Decrepit, it’s music that plumbs the depths of human illness — not so much the magnitude of the diseases that afflict the human body (though as you’ll see, this plays a role) but the deep-seated flaws in humankind which cause us to relentlessly ruin the Earth, our only home.

More precisely, we’re told that the concept of Decrepit was born in 2019 from the conviction that mankind was working tirelessly toward its own demise, diligently destroying its own habitat and the habitat of all other species — only to have these convictions reaffirmed during the first year of the pandemic, a year that seemed to cement the certainty of these convictions, and a likely forerunner of even worse times to come.

And so it was during the pandemic that Funeralium went back to studios in scattered locations to record the four imposing songs that make up Decrepit, creating devastating music on a scale (and with a sound) that matches the magnitude and nuances of the self-destructive human sickness that inspired it. 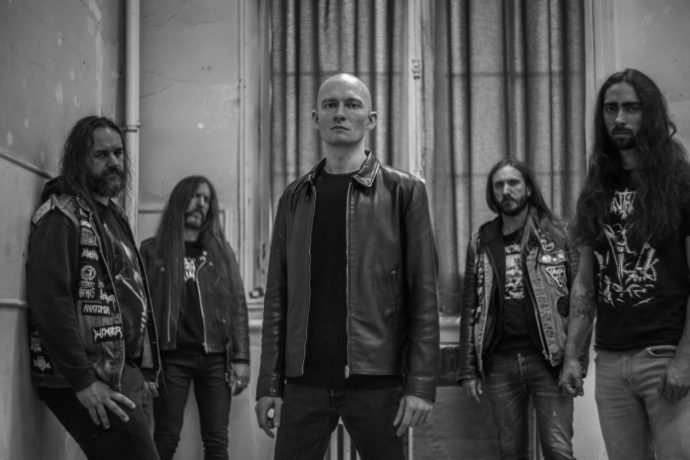 The album’s themes are reflected in the song titles: “Aviditas” (meaning greed and covetousness), “Ruination“, “The Lunatic Escalation Towards Extinction“, and “The Terminal Purge“. The scale of the subject matter is reflected in the daunting song-lengths: “Ruination” is album-length by itself at more than half an hour; the other three range from nearly 10 minutes to almost 24. The emotional impact of each one individually is daunting; the combined impact is overwhelming.

So far, Funeralium have released videos for two of these tracks, and we’ve installed them below, but today we’re also giving you the chance to hear the entire 78-minute album in advance of its October 29 release by Weird Truth Productions (CD) and Caligari Records (cassette tape); the vinyl edition will be forthcoming from Seed of Doom Records early next year. 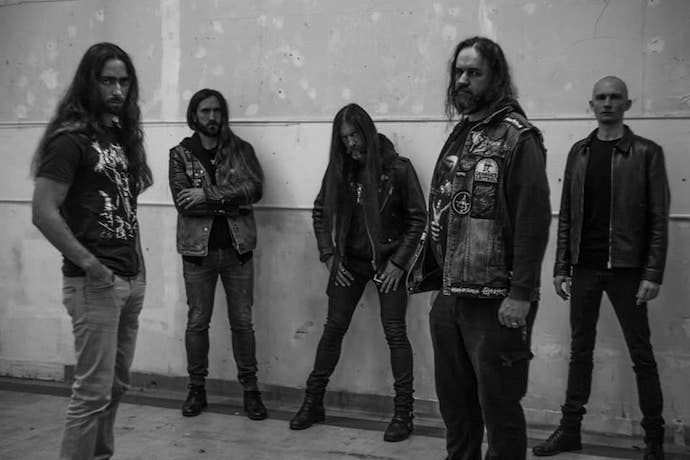 Decrepit displays numerous distinguishing marks from what most consumers of funeral doom may come to expect (or at least consumers who haven’t already delved into Funeralium‘s previous releases). Among those are vocals of absolutely shattering intensity — the kind of tortured screams that spawn visions of a man being torn apart from the inside out, and cavernous roars that are almost as wretched and furious. Even the whispers to be heard at certain points are deeply chilling.

Moreover, the music of Decrepit isn’t merely low and slow. Of course, it includes phases that heave and crack the earth with their titanic heaviness, but the music also erupts in convulsions of thundering percussion and volcanic bass, coupled with searing waves of crystalline guitars capable of channeling intense agony and frenzied hopelessness.

Even when the pacing is as slow and measured as you would expect, Funeralium use the glacial momentum in different ways, creating soft phases of introspective bass-led moodiness or moments of lonely weeping, but also setting the guitars to boil in semblances of madness, which simultaneously claw at the listener’s own sanity.

The album offers occasional visions of haunting beauty through ringing, spectral arpeggios and soaring melodic cascades, yet is also  capable of enthralling the senses in other ways, through moaning guitar harmonies and penetrating solo laments, even though the effect there is not so much one of sublime tragedy but more so a feeling of inexorable downfall — a fact of existence that the band underscore when they hammer and pound, building toward crescendos of hurtling blast-beats, broiling riffage, and synths that sweep like skies on fire. 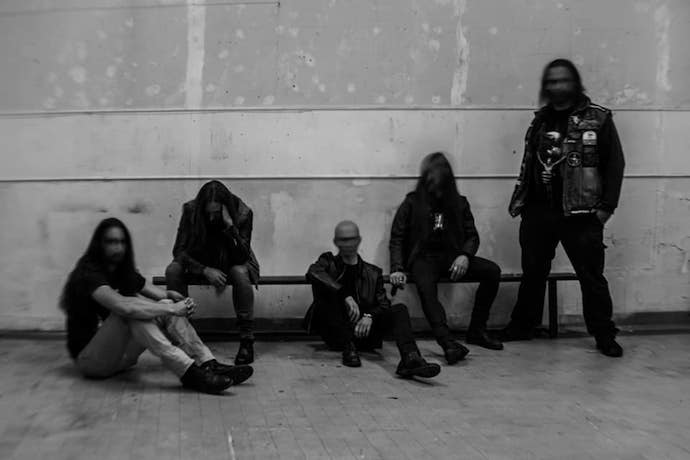 Perhaps needless to say, these long musical excursions don’t wander and thus don’t cause the mind to wander. They’re carefully plotted and crafted, bringing into play changing contrasts of sound, speed, and mood in ways that tend to make the minutes pass faster than a ticking clock would tell you. The ebb and flow, the twists and turns, turn out to be gripping.

But make no mistake — to move through Decrepit is to run a harrowing emotional gauntlet, to experience the soundtrack to a towering calamity of our own making. Funeralium make you witness their terrible visions clearly, with no rose-colored glasses to make it easier. As a monument to the worst of our impulses and the deplorable and destructive consequences of them, Decrepit is no doubt a monumental achievement and an unforgettable one.

If there is a silver lining to this dark tale, it comes only in the prospect of a time when the Earth will experience a revival — a time to come after humanity has extinguished itself. And you can feel the glory of that day as you listen to the magnificence of “The Terminal Purge” at the album’s close. Like everything else about the album, that finale will likely stay with you for a long time.


The CD and tape editions of Decrepit are available for pre-order now, through Weird Truth (Japan) and Caligari (U.S.), respectively. Keep an eye on the other locations linked below to learn when the vinyl will become available through the Dutch label Seed of Doom. As promised, we’ve also included the videos for “Aviditas” and “The Lunatic Escalation Towards Extinction”.

4 Responses to “AN NCS ALBUM PREMIERE (AND A REVIEW): FUNERALIUM — “DECREPIT””