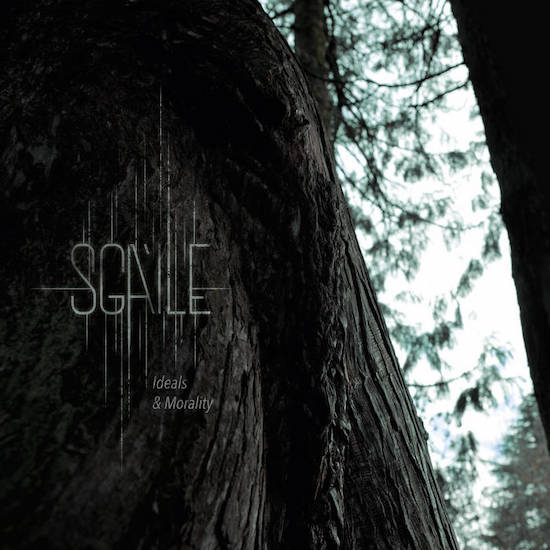 The name of the album is Ideals & Morality, and it’s the debut full-length of Sgàile, the solo project of Scottish multi-instrumentalist and vocalist extraordinaire Tony Dunn, whose resume includes work with such other bands such as Falloch, Cnoc An Tursa, and Saor. It will be released by Avantgarde Music on December 10th. 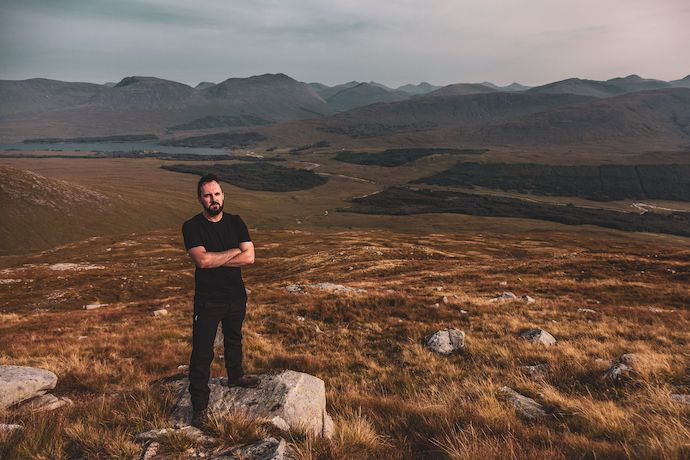 The back-story of Sgàile is worth a brief mention, because it informs what you’re about to hear. Dunn himself explains: “For almost a decade, I had concentrated on playing other people’s songs, singing other people’s lyrics, and not feeling that I had an identity of my own. The name Sgàile means ‘ghost’ or ‘shade’ in Gaelic, and this was born from the fact that I didn’t quite ‘fit in’ with the Scottish Black Metal scene that these bands were an integral part of”.

And so after amicably parting ways with Saor in 2018, Dunn turned his creative energies to something that would be entirely personal to him, and Sgàile was born. As for this album, it indeed is (as we’ve already mentioned) a very emotional record. Dunn again explains: “It is a record that I feel is both melancholy and quite dark in places, but uplifting and inspiring in others, as during the recording sessions I felt like I was in quite a low place at times mentally, but the actual writing process itself lifted my spirits. I feel that the album certainly has the potential to both haunt and elate in equal measure”.

And that final sentence is one with which we completely agree. You don’t really need to know anything more before diving into the complete hour-long album stream that we’re premiering today (the player is near the end of this long post). But I still felt compelled to provide reactions to all the tracks. Sometimes you get so inspired that you need to spill your thoughts out, even if no one asked for or needs them. There’s no gun to your head, fortunately for you, so you can skip this detailed disquisition or partake as you please.

Dreaming synths and slowly ringing tones create a mesmerizing spell in the relatively brief instrumental (“An Ath Rud“) that opens the album, and that spell continues to propagate even as the bass and drums enter with immediately compulsive and increasingly vibrant beats. A sinuous and scintillating guitar lead carries the song upward — and it ends too soon.

The heavy-hitting bass and neck-snapping drums are a key feature of the album as a whole, and figure prominently in the turbocharged momentum of “The Summit“, along with the electricity of darting and slashing fretwork. “The Summit” also introduces the listener to Dunn‘s heart-pumping, high-flying singing voice and the swirl and shine of guitar melodies that elevate the music into captivating glory, even as the visceral grooves relentlessly shake the spine and drive the listeners’ heads like pistons.

As mentioned, Dunn‘s vocals are a big exception to the malleable “rule” in our site’s title, and they too prove to be malleable. “Instinct” rings and cavorts, creating an enticing allure at first before it converts into a hard-charging, gut-churning maelstrom that builds a feeling of tension and darkness. Here, Dunn’s soaring vocals help build a sense of magnificent sweep and extravagant passion, while the song also discharges the album’s first adrenalizing fusillade of blast-beats — yet his voice changes into more melancholy and even gloom-shrouded tones as the music softens, before dynamically rising in splendor again.

The dynamism of the songwriting is evident in every track, but the flow of the album also incorporates a push and pull dynamic, and thus “The Generalist” begins in a more introspective mood after the extravagant finale of “Instinct”. There’s a sense of wonder and contemplation in the song’s crystalline chiming melodies (which include a piano accent), though it too has its heavy, pulse-pounding movements — and the gravel-toned, groove-some bass and riveting drumwork remain irrepressible forces.

“Enlighten Me” brings grand, arena-ready classic heavy metal and hard-rock riffing and soloing to the fore, coupled with melodies that turn it into a moody ballad. It’s one of many songs where it’s hard to tell when Dunn‘s vocals stop and the shine of synths or guitars begin. As big a head-mover as the song often is, those gleaming and drifting melodic accents make it spellbinding as well, as do the prog-rock instrumental maneuvers which eventually lead into a crescendo of heart-swelling uplift. (“Enlighten Me” is this writer’s runner-up in the race for a personal favorite on the album, for all those reasons and more, exceeded only by the final track).

The title of “Kick Louder, Kick Harder” provides a clue to part of what’s coming, and what comes is a song that does indeed deliver a lot of rhythmic kick — though there’s something about the discordant riffs that’s disconcerting, and the song’s ending is downright grief-stricken. Sgàile also creates another contrast, infiltrating the ethereal tones of swirling and shimmering melodies and rippling piano refrains in the midst of the hard-kicking rhythms and raking riff abrasion.

The sense of despair that surfaces at the end of “Kick Louder, Kick Harder” carries forward into the melancholy opening of “Eternal Tales“, though Sgàile‘s propensity for glorious, elevating melody and punchy rhythms comes through again. There’s a powerful pulse in the song, along with the thrill of Dunn‘s sky-bound but also wistful voice, yet when the drums and bass vanish, the beguiling ring of the guitars and mystical shimmer of the synth pull the song in a different direction, a different vision of splendor.

Sgàile ends the album with a nearly 16-minute extravaganza named “Facade“. Because even the preceding songs in the 5-to-8-minute range are hallmarks of dynamism and juxtaposition, you can imagine what Sgàile would do with a song two or three times longer than those. And sure enough, “Facade” is a wide-ranging excursion, maneuvering through crests and troughs of energy, volume, and mood, and incorporating all the instrumental and vocal variety displayed at different times across the track’s predecessors, as well as new ingredients, including vibrant acoustic strumming and guitars that sound like the skirl of Highland bagpipes. Despite its length, it’s exceedingly easy to get lost in “Facade” and not really want to find your way back — which is really a summing up of the album as a whole as well.

2 Responses to “AN NCS ALBUM PREMIERE (AND A REVIEW): SGÀILE — “IDEALS & MORALITY””