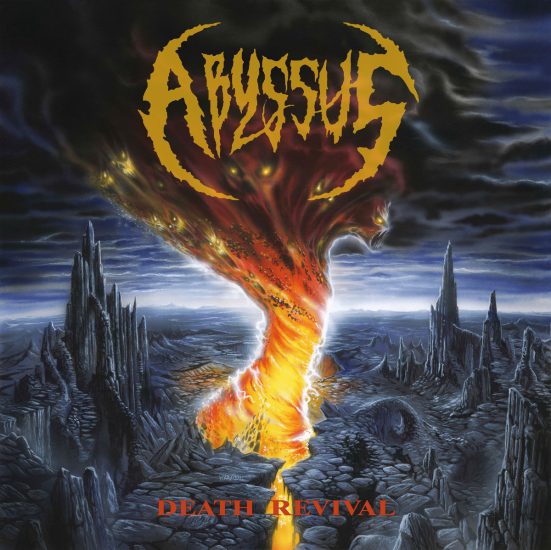 We’ve been writing repeatedly about the superb Greek death metal band Abyssus since the fall of 2015, which saw the release of their debut album Into the Abyss following a series of shorter releases that began in 2012. Since then the band have participated in numerous splits and EPs, and at last are approaching the release of their second full-length. Entitled Death Revival, it will provide a bracing start to the new year, with a January 21 release date set by Transcending Obscurity Records.

For a long time the songcraft of Abyssus has been impressive, but they seem to just get better and better, both maintaining a firm connection to death metal and thrash from the glory days of the late ’80s and early ’90s but also embellishing their songs in ways that make them sound fresh and fiery, a kindling of new heat. We have a prime example of their well-honed talents in the track we’re premiering today, a song that seems to embody its title: “The Witch“. 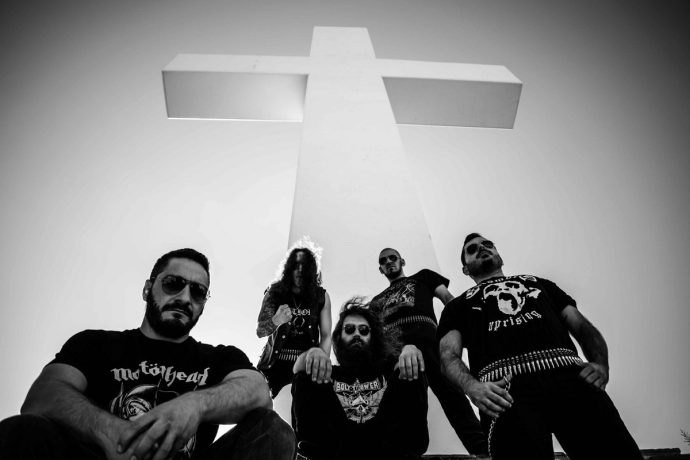 This is a track that will get your nerves jumping very quickly and then keep them pulsing like a high-voltage electric current. With the lyrics voiced in a raw, wild howl and the rhythmic drive provided by a high-speed, bombastic drum performance and a savage bass-thrust, the guitars dart about in displays of sinister ecstasy (they do indeed sound witchy). But the riffing also takes on a cruel and cold-blooded countenance, drilling and gauging, and joins in with the rhythm section to create blood-rushing gallops and bursts of jolting mayhem.

With a clear and cutting production, the firebrand energy of the song never abates, but along with its pulse-pumping propulsion it incorporates lots of memorable riffing twists and turns in its sub-three-minute run-time, a credit to both the band’s songwriting prowess, their razor-sharp execution, and their authentic, hard-charging spirit.

As icing on the cake, we’ve also included streams of two previously released tracks, “The Beast Within” and “Uncertain Future“.