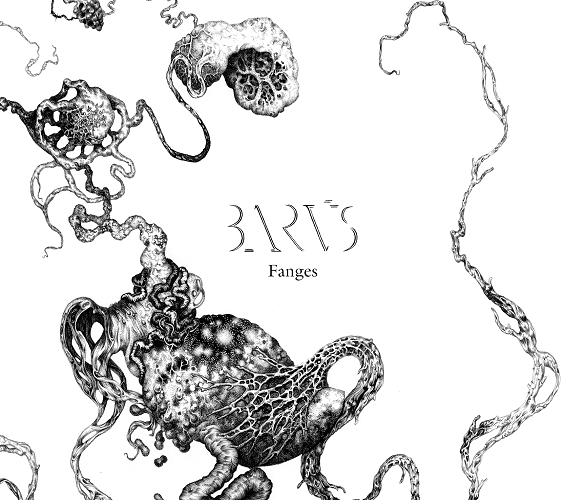 Necessity, or so they say, is the mother of invention.

As such, we have the exigencies and restrictions of the last few years to thank – or blame – for Fanges, the upcoming new EP by Barús, which is scheduled to come out on December 31st via Aesthetic Death and Breathe Plastic.

And to prepare you for this highly-anticipated (by those in the know, at least) new release we have a premiere of the EP’s second song, “Châssis de Chair“, to share with you all. 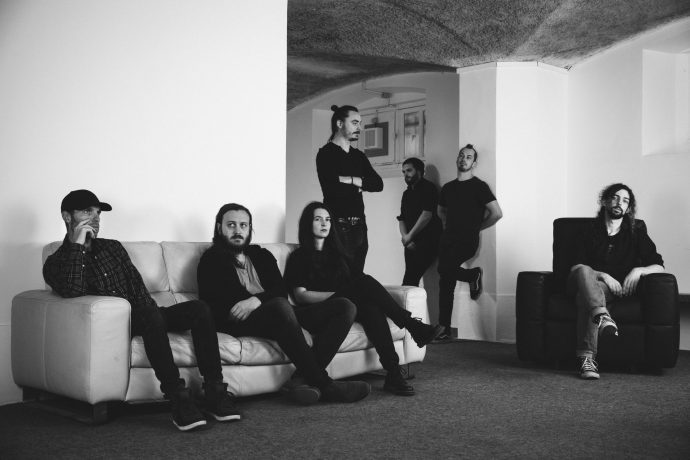 While some of you may be unfamiliar with the work of the French foursome (yes, I know there’s more than four of them in that photo, I’ll explain shortly) we here at NCS most definitely aren’t.

As a matter of fact, if memory serves, we were among the first to heap praise upon the band’s darkly dynamic debut EP way back in 2015 and were also responsible for bringing a lot of people’s attention to their even more oppressively atmospheric first album, Drowned, in 2018.

But even with our prior knowledge and experience we were still caught unawares by the material – two lengthy, labyrinthine tracks collectively totalling just under thirty-five minutes of music – which makes up Fanges.

Due to the enforced isolation and separation caused by the ongoing pandemic the band were forced to adapt to a remote writing style, one which largely kept them out of the studio and prevented them from working together in their normal manner.

Wisely, however, the group chose to embrace change, rather than fight against it, and elected to take advantage of the opportunity to work with several guest writers and artists (whom you can see above) in order to expand the breadth and scope of their sound.

The first track, about which I don’t want to say too much, is, to paraphrase the band themselves, nineteen minutes of:

“…spontaneous quasi-improvised elements and complex, layered constructions, incorporating spoken-word, abstract sound design and acoustic instrumentation… [which] remains deeply rooted in extreme metal but also lingers on the edge of sludge, noise or even post-rock, showing a grittier, colder and more barren facet of [their] music.”

And while the song we’re premiering for you today – via an intense and intimately-shot live video – is by far the more immediate and impactful of the two, it still stretches the group’s songwriting skills to new limits over the course of fifteen-and-a-half ferocious metallic minutes, weaving together a series of devastatingly dense riffs, intricately proggy, unpredictably jazzy percussive patterns, and moody passages of esoteric ambience into something which recalls the best of Ulcerate, Nero Di Marte, and Imperial Triumphant, while still showcasing the band’s signature French flair for the doomily dramatic.

But why just take my word for it when you can check out the entire song (and accompanying footage) below?

No Responses to “AN NCS PREMIERE: BARÚS – “CHÂSSIS DE CHAIR””