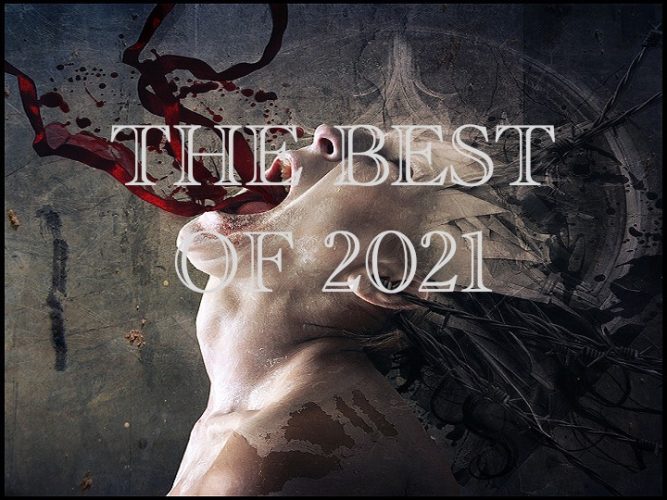 As has become my custom I’m kicking off List Week with what is always the most controversial entry, my list of the most “disappointing” albums of the year.

Now, to be clear, this article isn’t about just attacking bands you don’t like. So if you’re coming here to performatively shit on someone else’s work just to make yourself look big and clever… jog on.

No, the point is simply to acknowledge that the artists we love sometimes let us down – whether that’s because they simply fail to live up to their own potential, or because their latest release is more hype than substance – and to give readers a place to communicate, and commiserate, and come to terms with the fact that even our favourite bands aren’t perfect.

This one hurts, I won’t lie to you.

I’ve been a card-carrying member of the Altarage army for a long time now – pretty much since the beginning, if memory serves – and consider their first three albums to be about as perfect a trilogy of titanic Black/Death terror as it’s possible for any artist to create.

But Succumb simply isn’t on the same level.

Make no mistake about it, I get what the band were trying to do with some of the glitchy effects, jarring song-structures, and even the ambitiously atmospheric final track, and I can see why – after three albums of pitch-black perfection – they would have wanted to really shake things up.

It’s just that these attempts to experiment don’t really work in the way they should do, resulting in an album that often sounds disjointed and aimless (especially during those last twenty-one minutes) when it’s clearly aiming to be challenging and compelling.

There’s still a lot to love here (the devastating mid-album triptych of “Foregone”, “Drainage Mechanism” and “Watcher Witness”, for example, demonstrates just how powerful and unsettling the band’s music can be when given sufficient room to breathe and brood) but, disappointingly, not enough to carry the entire record.

AT THE GATES – THE NIGHTMARE OF BEING

Heck, if you stick around until tomorrow and read my “Good” list, you’ll find there’s a whole section dedicated to bands growing old (dis)gracefully and demonstrating that they’ve still got “it”, even if they’re not necessarily producing the best work of their career.

Sadly, however, At the Gates aren’t one of them.

Don’t get me wrong, I was as excited as anyone when the Swedes first announced their return, and still think that At War… is a fantastic, and somewhat underrated, album. But, unfortunately, the band have largely failed to maintain the creative momentum generated by their comeback and on The Nightmare of Being honestly sound more than a little bit tired and unsure of themselves.

That being said, it’s clear that they know they can’t just rely on repeating the same old tricks forever – although, arguably, the most enjoyable parts of this album are when they settle into “classic” AtG mode – but it also seems like they don’t know quite where they want to go next, to the point where even the much-vaunted “experimentation” we were promised really just ends up being a box-ticking exercise of ideas (yes, we get it, using saxophone makes you “progressive”) that have already been done to death by other bands.

I don’t hate this album (I don’t hate any of the albums featured here, to be clear). But it’s not only far from the band’s best work, it actually has me concerned for their future… again.

This is a painful entry for me to write too. Not only because I’ve been a fan of the band ever since I stumbled across their debut in my local record store (remember those?) but because, by the time you read this I’ll have spent the previous evening seeing the band live where I predict they’ll put on a damn good show, as always (edit: yes, they did).

However, I know from personal experience that I’m not the only one feeling let down by this album, which certainly has its moments (closer “Unberth” is almost worth the price of admission on its own), but ultimately feels a little unfinished and insubstantial when all is said and done, as if the band were still waiting on something (or someone) else to come along and add the missing final pieces to the puzzle.

Of course, that doesn’t meant there aren’t some enjoyable parts to this album, but I think, if you’re willing to be totally honest with yourselves, you’ll agree that it simply lacks that special touch which would turn it into more than just the sum of these scattered and uneven parts.

I have no doubt that this one is likely to be the most controversial entry on this list – yep, even more than At the Gates – considering the ridiculous level of hype which preceded its release (much of it without anyone having heard a single note of music) and the pedigree of the two musicians involved.

But this seems like a perfect example of what happens when people are too afraid to admit that the emperor has no clothes – no-one wants to be the first to say it, so no-one does, and everyone just goes along with it, repeating the same predictable platitudes ad nauseum.

So, let me be the first to say it… Tide Turns Eternal is just “ok”. It’s certainly not a paradigm shift or the start of some new sub-genre spin-off (“Dream-Doom” my foot), and I can only imagine that the people out there pushing this idea so aggressively are either not really familiar with Doom as a genre, or have bought into the hype so much that they now feel like they need to double down in order to save face.

I don’t disagree that there’s some pleasantly “dreamy” ambient parts here and there (though the title track is the only one which really makes good use of them), and I’d say that the final song shows some real promise, but this is a record full of unmemorable riffs and underwhelming vocals that, at best, equal some pretty generic Peaceville-era Doom worship with a mildly proggy edge.

This one is probably going to upset people too, although I’m really not trying to.

After all, I like Putrescine (hell, I like pretty much every band in this list, to a greater or lesser extent), and thought that their 2019 EP, The One Reborn was great (I can’t remember who introduced me to it/them, but need to say thank you).

It’s just that their debut album is, to coin a cliché, “half killer, half filler”, something which I alluded to in my own review when I wrote:

“…although there’s definitely enough good material on The Fading Flame to construct another pretty kickass EP – “Devourer of Gods”, for example, is an absolute monster, and the title-track is one seriously twisted piece of tortured technicality – as an album it’s much more uneven, its forward-momentum too often hamstrung by a combination of directionless dissonance and generic chuggery…”

And, to be painfully honest, I feel even more strongly about this now, after several more months sitting with the album and letting my thoughts percolate.

So… let’s get one thing straight… this record is not here because of its abundance of clean vocals.

Despite the site’s (very) tongue-in-cheek name we actually have a great appreciation for singers with the sort of talent which Phil Bozeman demonstrates throughout this album, and there’s absolutely no denying how honest and heartfelt his lyrics and his performance are.

It’s just that Kin is a perfect example of how talent alone isn’t enough… especially when what you’re writing is, essentially, a mid-tier middle-of-the-road mid-2000s-era Metalcore album in all but name.

Don’t get me wrong, it’s not a “bad” album. But it is a formulaic one (yes, track #4 is a ballad, yes, about half the songs have an unnecessary clean/acoustic intro, and… yes… most of them go with the predictable “harsh verses, clean choruses” formula), one which you’ve likely heard a thousand times before, even if you haven’t heard Whitechapel doing it.

Of course, the fact that this album has been made so many times before – coupled with the obvious excellent musicianship of the band as a whole – means it will likely be very successful (we know that this sort of thing sells, after all).

But – barring the occasional stand-out track – it really feels like the band have sacrificed what once made them special (or, at least, distinct) in favour of a much more run-of-the-mill sound.

The explanation for why this one is here is actually pretty simple.

I liked the band’s debut, Strike Mortal Soil, a lot. And I loved Heaven That Dwells Within.

But Wolf Hex just doesn’t have the same sort of teeth, the same level of energy, and feels like a much more bland and boring – a much more “safe” – version of the band I/we used to love.

Weirdly, I think you can sum up the problems with this record (which does have a few killer cuts, don’t get me wrong) by taking a listen to the bonus track, a completely by-the-numbers cover of Metallica’s “Hit The Lights”, which the band play as safe as possible and don’t even seem to try to stamp any of their own identity on it (honestly, it could be anyone covering it).

And that’s the problem with Wolf Hex – barring a few exceptions it just doesn’t have any real identity (and is largely lacking in intensity too) and mostly just goes in one ear and out the other. 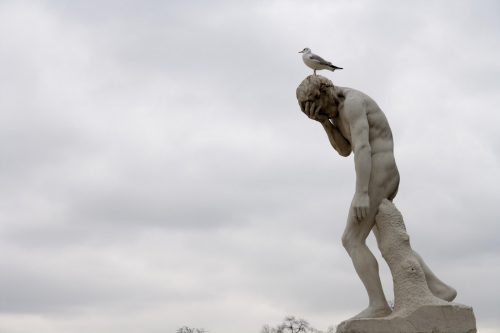 Well, there you have it.

If you’ve read this far – and haven’t just skipped down to the comments to chastise me for my stupidity – thank you for doing so.

Feel free to express your own disappointment(s), either with things you’ve heard this year or with what you’ve just read, below… just try and keep it polite and/or constructive (or else!).

And stay tuned tomorrow for my extensive round-up of all the “Good” albums I was lucky enough to experience this year!