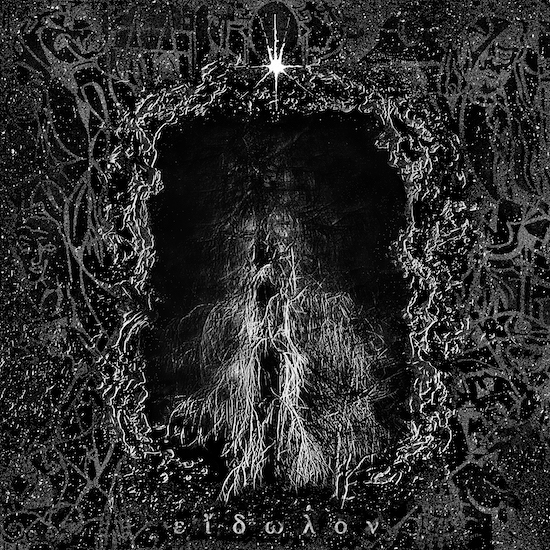 The British label Onism Productions recommends the new album εἴδωλον (“eidolon” in English) by the atmospheric/progressive black metal duo Benthik Zone for fans of Esoctrilihum, Oranssi Pazuzu, and Darkspace. When I saw that I whispered a “hell yes”. Reading further, I saw that it was also being recommended for fans of Summoning, Blut Aus Nord, and Leviathan. Another “hell yes”.

And then I read that the instruments used on the album include didgeridoo, transverse flute, flute, berimbau, and hangpan. The band’s description of the inspirations and intentions behind the album created even more intrigue — but we’ll get to that a bit later.

Of course we have all learned to take FFO references with a few grains of salt, and to make up our minds based on the music itself. So that you can begin to make up your own minds, what we have for you today is the premiere of the first single from εἴδωλον in advance of its January 28, 2022 release. The song’s name is “Na iluminação do presente“. 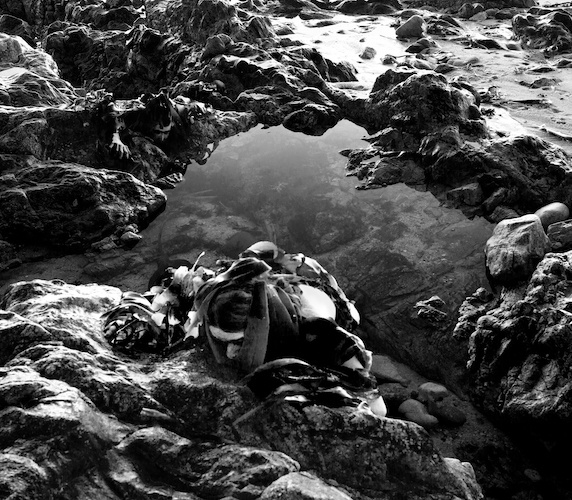 The brittle but vibrant notes that open the song, backed by ethereal shimmers and a collection of other intriguing sounds, create a seductive invitation to the song, but the experience soon becomes dramatically more intense and thrilling. That opening instrumental motif doesn’t completely vanish, but it becomes submerged in waves of dense scathing riffage, flickering leads, hurtling bass lines, and scalding screams. The music has a soaring and sweeping quality that’s wild, glorious, and a bit frightening as well.

Yet further changes lie ahead when the blaze abates. The trilling and quivering sounds persist, but the racing momentum segues into a more hallucinatory collage of sensations. Ominous strummed chords pave the way into another dense, multi-layered sonic storm, but while there is still a feeling of splendor in the music it also sounds more dire and distressing, and the throat-ruining screams amplify the storm’s harrowing impact.

It’s a fascinating and exhilarating piece of music, and one that justifies many of those FFO references. Learn for yourselves:

And now let’s turn to what I promised earlier, i.e., Benthik Zone‘s introduction to εἴδωλον, which hopefully will intrigue you as it did me:

εἴδωλον establishes a parallel between classical antiquity and contemporaneity by creating a poetic dialogue with various myths, stories speaking about fabulous creatures, humans and gods. It celebrates the beauty of metamorphosis and hybridism, which goes from the human being to the vegetal and animal life but carries the weight of that transition process and its consequences in the bodies of the εἴδωλον characters.

The latent Romanticism that goes together with the music is immense, within a context in which the subject’s sexual impulses, of death, of closing inside herself take hold of the body and are skin-tight, being music the means through which it is possible to communicate the unconscious and bring to the surface all this inner rampaging. Towards the exoticism of the female body and the bliss granted by these enchanting and enigmatic characters, we welcome the detailed representations that explode into sensuality and promote a state of constant and involuntary ecstasy or narcosis.

We cling to a perennial, pure and living energy, to the beauty of enlightenment and concurrently meet these elements with what is sick, frightening and deceiving, a provocation that aims to penetrate the depths of our being and the rubble of a distant submerged past.

Onism will release the album on CD, cassette tape, and digital formats, with apparel.