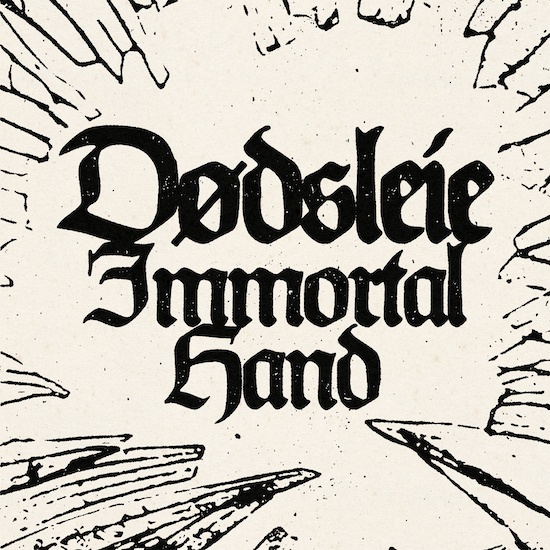 The part-Swedish, part-U.S. black metal band Dødsleie, which features current and former members of Integrity, Broken Cross, and Unreal City (among others), made their first mark on the musical landscape in 2018 with the release of their self-titled demo. They have now prepared a debut album named Immortal Hand, which is set for release on February 11 by Bat Magick Records and Subversive Craft. It is intended (in the band’s words) “to serve as a guide to those lost souls who question conformity amidst the daily death of dreams”.

Unmistakably black metal, the album is nevertheless unorthodox. It is both feverish and gloomy, harrowing and eerily entrancing. As the press materials accurately portray, it will take listeners “on a fever dream journey beyond time and space”.

The opening track of Immortal Hand is a song called “When the Truth Grows“, and we’re premiering it today (through a surreal music video) as the first tangible sign of what the album holds in store. 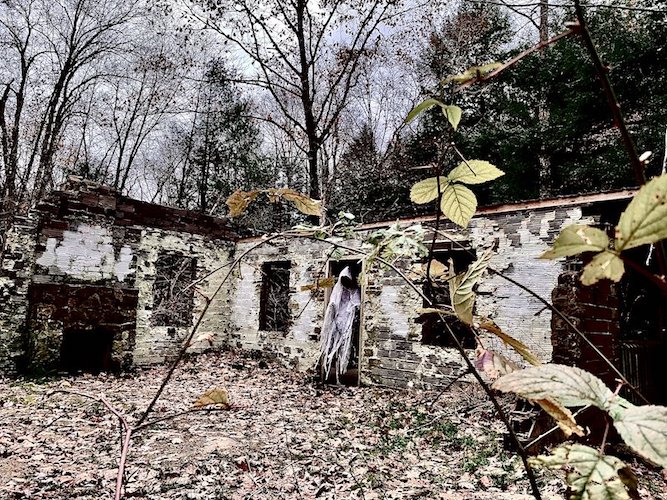 This is an unnerving and frightening song, whose sensations are underscored by the unusual coloration of the video, which involves a lantern-lit excursion through an abandoned building. But the song is also an intensely immersive and strangely spellbinding one, capable of swallowing listeners in its dire sensations.

A wild scream launches the song, and those screams remain a shattering presence throughout the run. The pulse of the music is compulsive, and derives from the reverb-ed pop of the snare and bursts of vibrant bass. Those rhythms get their hooks in, and around them the guitars roll in dense, scathing waves and surge in darting flurries, creating moods of tension and despair. A bright and mysterious keyboard arpeggio surfaces and re-surfaces, but though its ethereal clarity contrasts with the guitar abrasion, it sounds like forlorn yearning.

There comes a point when the pulse of the music slows, and then the guitars whine and drag, deepening the mood of hopelessness.

The members of Dødsleie are: Rob Orr, Niklas Holm, and Brent Bubash. The video was filmed by Brent Bubash and edited by Rob Orr (who also engineered and mixed the album at Subversive Craft). The album will be released on multiple formats via Bat Magick Records and Subversive Craft.

One Response to “AN NCS VIDEO PREMIERE: DØDSLEIE — “WHEN THE TRUTH GROWS””