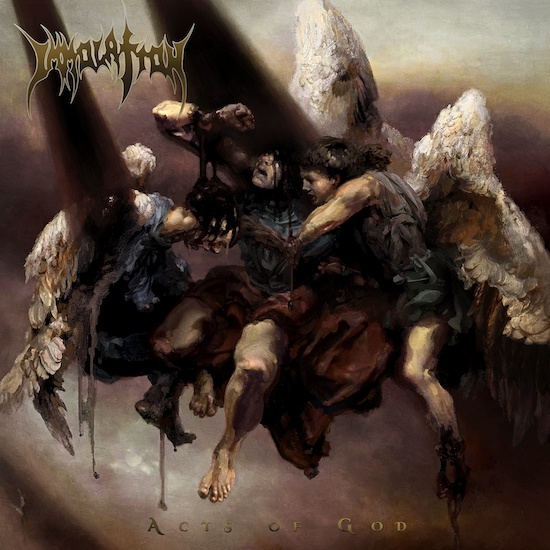 Does anyone need any more reason to get stoked over a new Immolation album? I don’t see any hands up. I guess I could have skipped this first song and video. I guess you could skip over it too. But I’m getting more and more near-sighted, so I could have missed a hand, so here goes. 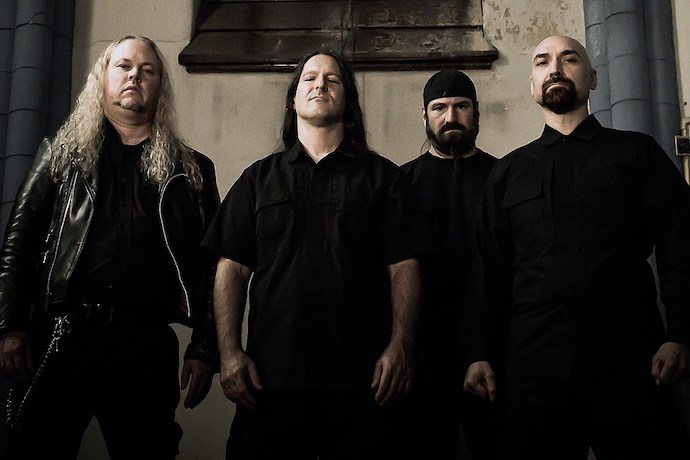 “The Age of No Light” is fast and furious, with enough electricity to power giant turbines, and it’s threaded with dark melodies and an exotic, screaming solo that turbocharge its ominous intensity. Even the less turbulent (but no less menacing) instrumental segment at the end is gripping..

The new album is named Acts of God; out on February 18 via Nuclear Blast. 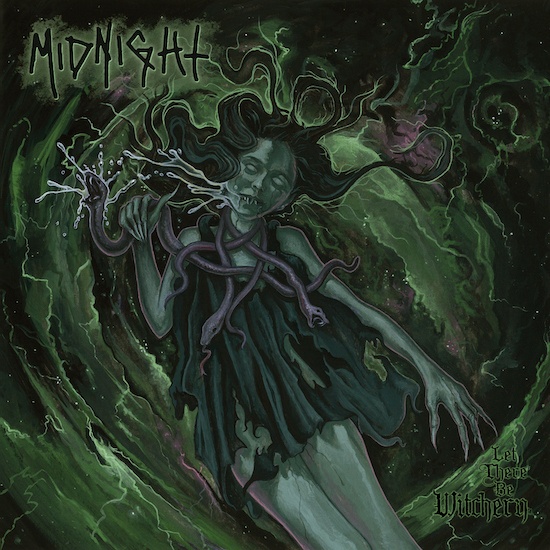 On March 4th, Midnight will release their fifth full-length, Let There Be Witchery, via Metal Blade. As a first preview of the album, have a listen to “Szex Witchery“. There might be a typo in there. I’m willing to sign on to Midnight‘s upcoming tour as a proof-reader. I’d do it just for room and board and a spot near the front of the stages.

Oh hell, it could just be a phonetic spelling of how you say sex after half a fifth of bourbon.

Spelling aside, the song is great. It gets the pulse pumping, just like szex, and the ending sounds downright diabolical. 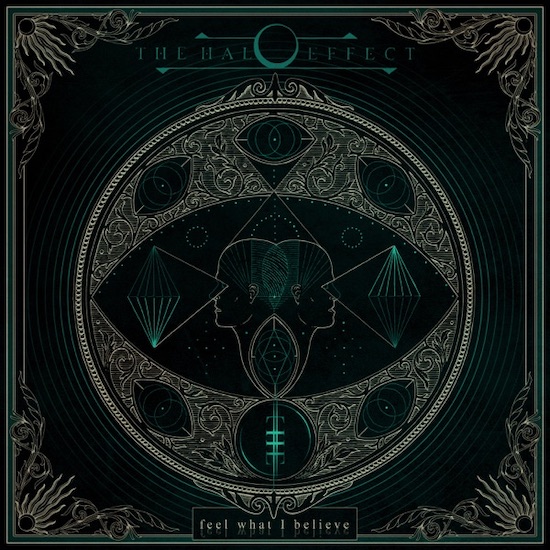 If you don’t know, The Halo Effect includes a bunch of In Flames alums — Jesper Strömblad (guitar), Peter Iwers (bass), Daniel Svensson (drums), and Niclas Engelin (guitar) — along with vocalist Mikael Stanne of Dark Tranqillity. Concerning the band’s newest single, “Feel What I Believe“, I’ll share the following exchange that took place in the secret NCS staff group on Facebook, with names redacted to protect the innocent:

When they said that a band of In Flames alumni were getting together, this is the sort of song I expected. The first one was fine but the keyboard line and mid-tempo stomp edged it close to a Dark Tranquillity track, which is a risk you run when Mikael is at the vocal front because he’s kind of like Sven from Aborted. Songs transform into his band whether he wants them to or not. This one has the In Flames-esque guitar lead cheese and high tempo you’re looking for.

“Feel What I Believe” is such an obnoxiously bad song title. I love it.

The whole thing is playing to the cheap seats for me but goddamn would this have been on endless repeat for my marathon Unreal Tournament 2004 sessions. 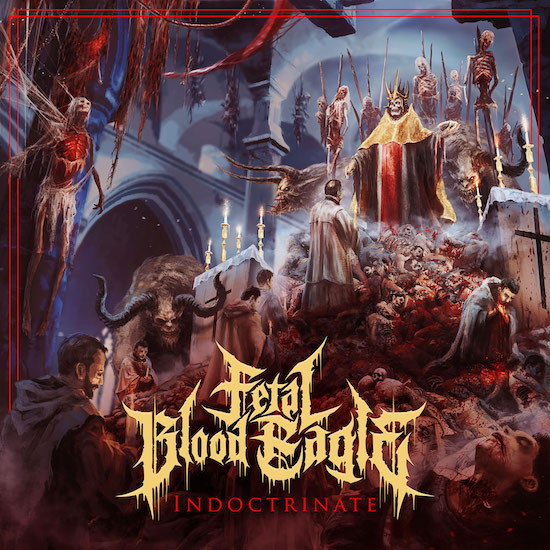 Since one of my comrades dropped a reference to Sven from Aborted in what I quoted above, I confess that planted the idea in my head to put this Fetal Blood Eagle song next, because Sven is the vocalist. You can decide for yourselves whether that makes it sound like an Aborted song.

It seems that “Necromorphic Illumination” was inspired by the Dead Space horror game. I’m not familiar with that game, but the song is a complete adrenaline rush. The vocals are unmistakably Sven‘s, and what goes on around him is a high-octane blend of blistering and bone-smashing battery, plus riffing that’s both maniacal and methodically jackhammering.

P.S. Sven also makes an appearance on a new song by the Belgian metalcore band Aeveris, which you can check out here. 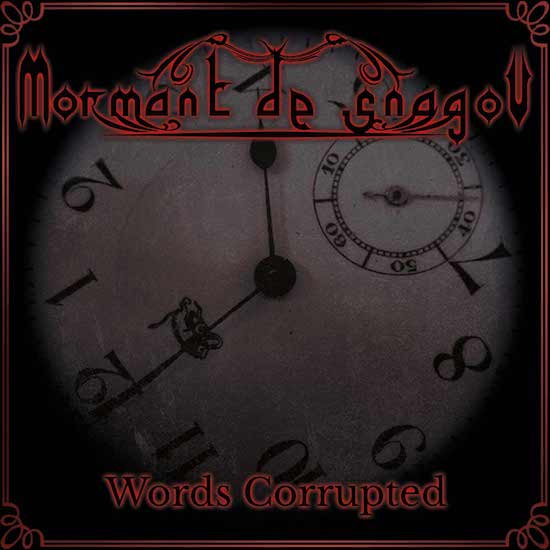 I’m now making a turn into black metal realms, a turn that will last for the next three tracks. But these are definitely “shades of black”, because no two of the tracks sound even remotely alike.

The first one is from this Finnish band’s fourth studio album, entitled Exquisite Aspects Of Wrath, which will be released this coming Spring by Pest Records. “Words Corrupted” is a melodic black metal blast. Anchored by hook-heavy rocking rhythms, prominent bass lines, and savage snarls, it sends guitars that slash, swirl, and soar in grand, sinister fashion, and the rippling electronic accents work surprisingly well. Highly infectious too…. 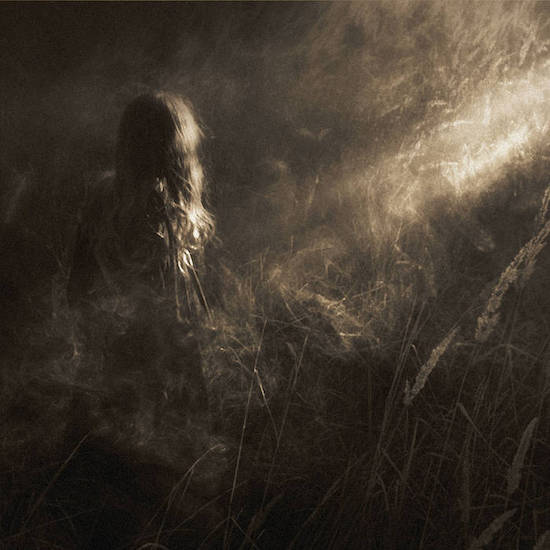 The next song, “Halcyon“, is off this prolific Russian project’s new album Ephemeral. The song is just fucking glorious. I can’t think of a better word for it. Mystical and entrancing at first (and again after the mid-point), it explodes in intensity and begins to sweep you off your feet and put your heart in your throat.

The music swells and cascades in towering immersive waves, and it sounds like a banjo (though it’s probably just a clever keyboard tone) that takes the lead. As stunning as the guitars and synths are, the drum-and-bass work is every bit its match. Just utterly captivating in every way….

Ephemeral is set for release by Pest Productions on January 26. You can check out a second song from the album at the Bandcamp page. 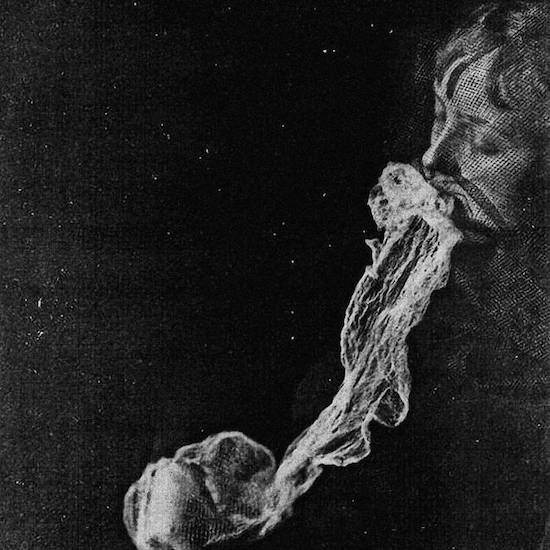 In this next song (which premiered at Invisible Oranges) the Dutch trio Faceless Entity cook up a dismal and demented guitar-and-bass riff and run it in a loop, creating a queasy and quarrelsome trance. While that’s going on, the drummer puts on a thrilling show and the vocalist screams in torment.

Eventually things change. The guitars become an even more deranged and flame-broiled presence, and then transform into a more diseased and doomed miasma. Throughout this frightening and abysmal experience, the jet-fueled rhythm section repeatedly seize attention.

This track, “Decaying Banners of Existence” is from an album named The Great Anguish of Rapture. Argento Records has scheduled it for release on April 15th. 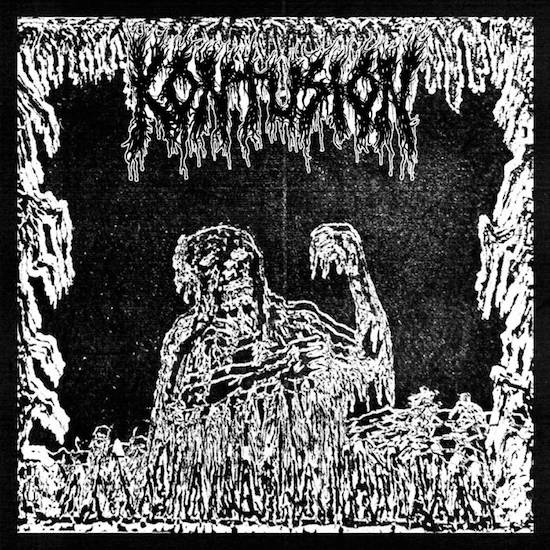 We made it through the black metal section and now it’s time to rough you up with some more death metal. The multi-faceted next song (which premiered at Decibel) has a hell of an attention-grabbing start, created from crazed, mauling riffage and explosive drumming. It doesn’t loosen its grip.

The raw, hoarse gutturals are terorizing, and so is the crazed ferocity of the riffing and the gut-punching impact of the drumming, which also repeatedly throws clattering bursts into the fray with an electrifying effect. But the band also lock into thoroughly neck-ruining, pile-driving grooves, and the song further includes a pair of glorious guitar solos, and when the barrage abates eerie keyboard accents create nightmarish visions. 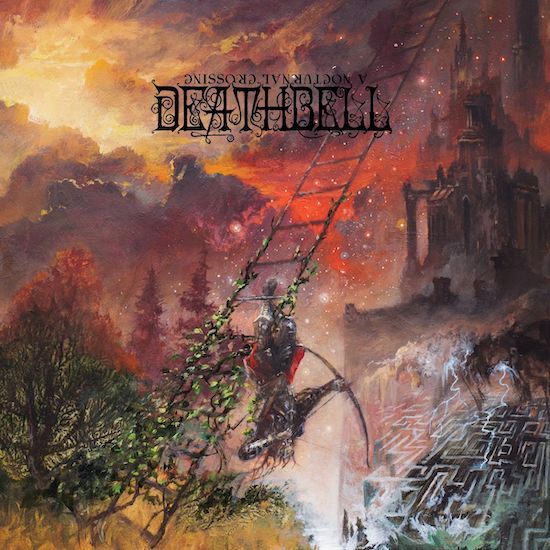 The next video (a metaphorical one) was filmed in the French Pyrenees mountains, and it is completely absorbing. It follows the journey of a lone protagonist through a wilderness as he encounters one strange figure after another, willingly following their frightful instructions and undergoing their mysterious ministrations, and eventually becoming the subject of an ambiguous ritual in which he is bound to a ladder, and is perhaps transformed. He might be dreaming, or not.

The song is also extremely absorbing, thanks in significant part to Lauren Gaynor“s fantastic voice (it will become obvious that this song is a big and well-earned exception to our “rule”). It’s sublimely ethereal and soulful at times, but the lumbering fuzz-bombed riffs give it plenty of heft, and the rhythm section will make you move. It becomes a tragic, haunting anthem that’s hard to shake off.

“The Ladder” is available as a single now but will also appear on Deathbell‘s new album A Nocturnal Crossing, coming from Svart Records on February 25th. 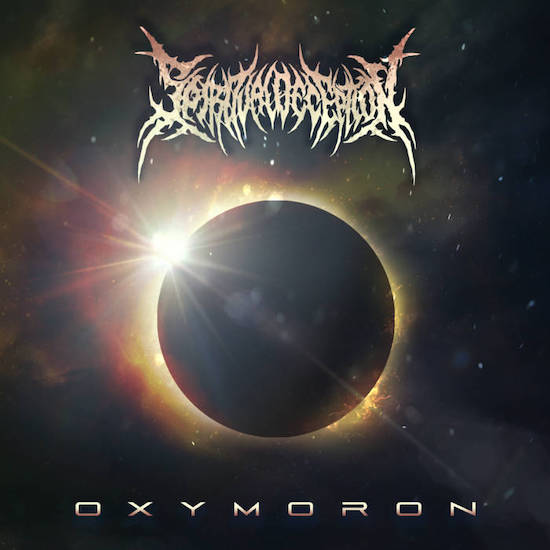 Oh look! Another metal video that involves a captive young woman. This one is bound to a chair, blindfolded, and being menaced by what appears to be a couple of this band’s members. But wait, maybe it won’t end the way we expect? In the meantime, we get some great footage of Spiritual Inception performing.

As for the song itself, “Serpent’s Speech” is a hell of a thing, a combination of both technical and brutal death metal that will spin your head around and fracture it, too. And for extra attractions the band include lots of futuristic and alien accents, along with episodes of symphonic and choral grandeur. Oh, and make sure you stick around for the fantastic guitar soloing.

The song is a track from this Italian band’s latest EP Ovymoron, which was released last October. 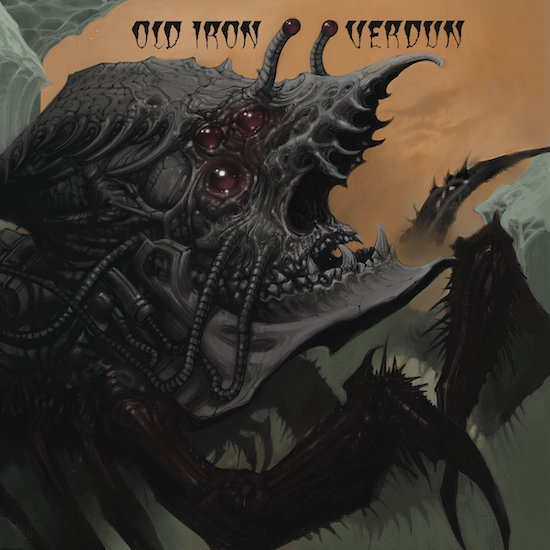 Seattle’s iron-heavy Old Iron features the talents of Jerad Shealey from The Helm and Heiress (guitar, vocals, vibraphone), Jesse Roberts from Sandrider, Kid Congo Powers, and The Ruby Doe (bass, vocals, percussion), and Trent McIntyre (drums, percussion). They’ve got a split with the French band Verdun coming out on February 25th via Satanik Royalty Records, and the next track in today’s round-up comes from Old Iron‘s side. (It premiered at Brooklyn Vegan.)

The foundation of “Planetesimal” is an immense lumbering and lurching groove that proves to be irresistible, though the song will give your spine a vigorous jolting too. The soog as a whole is an earth-shaking beast, but shrill and squirmy guitar arpeggios create an uneasy mood in other ways (psychosis ways). The harrowing, howling vocals make the music even more unnerving. Moreover, as crushing and crazed as the track is, it also turns out to be perversely catchy. 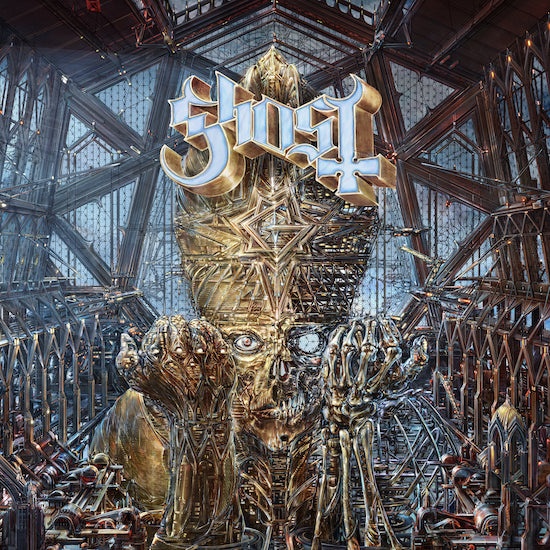 You know how adding or omitting a comma can change a sentence’s meaning? Such as: “Let’s eat Grandma!” vs. “Let’s eat, Grandma!” The title of Ghost‘s new single, “Call Me Little Sunshine”, might be missing a comma. I don’t think they’re really inviting us to call them Little Sunshine, especially after watching the new lyric video.

The chorus lyric “You will never walk alone” sounds kind of sappy and trite, but of course this is Ghost, and so you realize it’s Lucifer who is “comforting” little miss sunshine. The song is a predictably catchy one, of course, but I would have put it in this collection even if it weren’t, just to show Zbigniew M. Bielak‘s cover art for Ghost‘s new album, Impera, which will be released on March 11th.