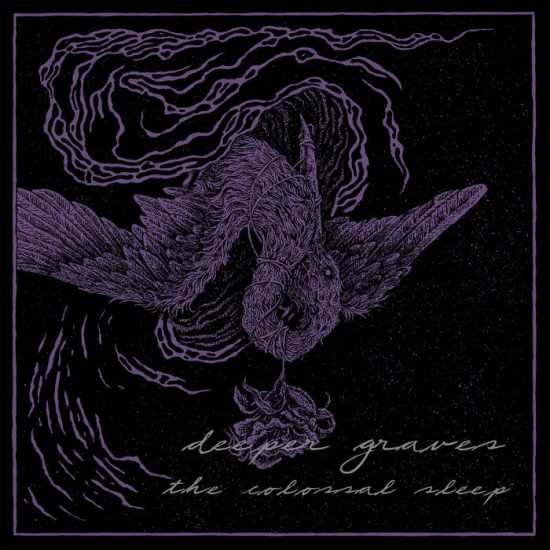 We’re about to venture off our usual beaten tracks, lured away from the usual ferocity by music that beckons like ghost lights on the other side of our midnight walls of thorns and vipers. It conjures spells and splendid visions, and it often irresistibly quickens the pulse, but the lights are ephemeral and hopes are dashed where these alluring wraiths reside.

The allure of the new album by Deeper Graves that we’re about to premiere in full is powerful. The Colossal Sleep combines visceral rhythms and mesmerizing soundscapes that shine like moon-lit mists and reach heights of even greater splendor, but it harbors harsher aspects as well, and it doesn’t go too far to say that there is a deep and haunting darkness at its core. It often makes you want to bounce, but the gloom of sorrow persists. 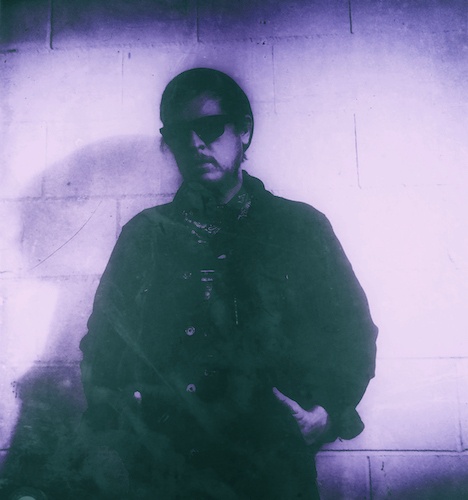 In more prosaic terms, and to provide more tangible reference points, The Colossal Sleep draws upon traditions of post-punk, shoegaze, and alternative rock, building upon the influence of such bands as Bauhaus, Joy Division, The Sisters of Mercy, and Christian Death.

It’s the solo work of Jeff Wilson, formerly of Nachtmystium, Wolvhammer, Abigail Williams, and others, and a founding member of current acts Chrome Waves, Contrition, and Altars Of The Moon. He knows a thing or two about emotional and musical darkness, and as you’ll discover, the knowledge doesn’t disappear as he indulges the different kinds of darkness harnessed by the influences described above. (He’s joined here by Heath Rave (Lotus Thrones, ex-Wolvhammer) as guest vocalist on “Escape Velocity” and “Corridors”.

The Colossal Sleep is a compelling album, one that has an immersive effect which builds and builds as the six songs unfold. Unless you just have no taste at all for the genre reference points identified above, it’s easy to get hooked and stay hooked as the songs ebb and flow. And that’s probably all I need to say before turning you over to the music stream, but I can’t resist sharing more detailed impressions below. I’ll also share here a comment about the album from Wilson:

“I’ve been in bands with people who write and rewrite over and over again and I’ve been in bands with people who don’t write at all. Most of these people are the same, they want all the credit for their prospective band’s best albums. With The Colossal Sleep, I looked at it the same that I’ve done with everything I’ve ever been involved with. I’m not interested in an album being better than the last one. I’m not interested in making the best album I’ve ever done. I’m not even interested in getting credit for it as I never wanted to be a solo artist in the first place. I’m just interested in making good albums that complement the rest of my sparsely listened catalog, even when that’s mostly for myself. Hopefully, this one stands with the others.”

The opener “Feverish Dreams” begins with the slow swell of ambient shimmer, joined by reverberating drum booms and dim, musing bass tones. The shining sound becomes more penetrating, and harsh gasps and haunting wails appear, creating an experience (like much of the album) that’s both hypnotic and unsettling.

The bass sets the post-punk beat in “Escape Velocity“, and the drums underscore it, hooking your muscles. The low-end movements are rough with abrasion, and in the high end the music crashes and shines again in harrowing splendor. The vocals are grim and resigned, but ascend in layered tones of tormented intensity. The song weaves a spell, but it’s an uneasy one.

Detonating grooves provide the compulsive propulsion for “In Cold Blood“, and misty sounds swirl around them, joined by feverish yet despairing guitar vibrations and a cacophony of voices, like clamorous birds. Again, the music conjoins the grinding of sandpaper-abrasion and bell-like ringing, though the bells might have become rusted by tears or blood. The vocals exclaim the words in bitter and beleaguered tones as the music bathes the mind with moods of brooding and regret. 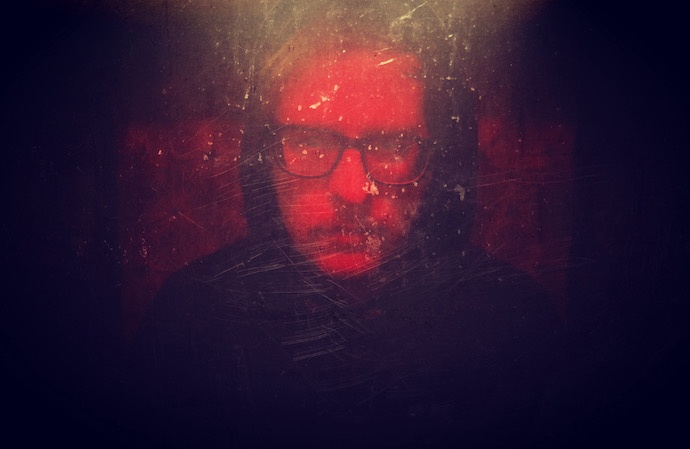 In “15000 Lives” the guitar slowly rings through a gentle sea of astral sound. Piercing tones ring through as well, as steady, heavy drums crack and rumble. The music builds and rolls; the sea swells. Gloomy voices seem to converse in the distance, or from a hidden dimension. The song is haunted, and haunting.

“Corridors” (my own favorite track) splinters the spell cast by the preceding song, punching the listener’s pulse again with its darting electronic transmissions and magnetic beats. The guitar adds its own vibrant pulse, but the sound is dire, and so are the grim and gritty vocals, urging escape. The beat briefly vanishes, making way for hallucinatory sonic vapors, and later it slows, surrounded by the panoramic splendor of celestial glitter. But the song turns up the voltage in the closing, the drums vibrantly popping and the guitar engaging in a contagious workout.

The album’s ebb and flow persists as the closing track glimmers, booms, and grumbles. It sets its own mid-paced rhythmic hook that way, and then the keyboards lift it like a hawk riding a thermal toward the clouds. Wilson wails the lyrics in a somber and sorrowing timbre; the music provides a vista of wonder to be yearned for, but the vocals seem to tell us that it’s out of reach. The slowly meandering solo is soulful, but freighted with grief. The guitar scratches at the skin, and leaves blood. Near the end, a piano creates a repeating refrain that seeps across the flesh like a balm, but only leaves us more shadowed by sorrow. 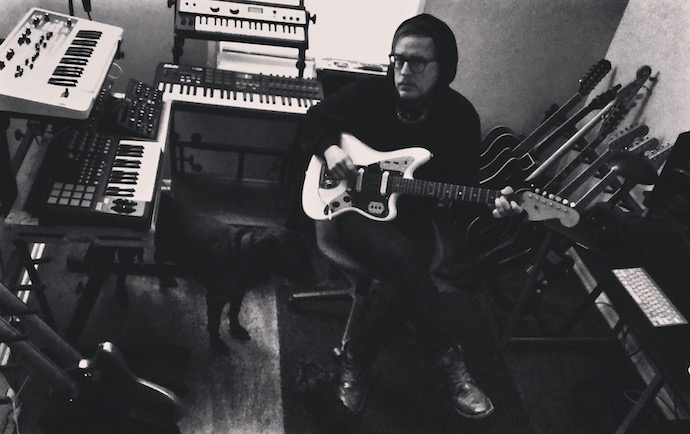 The Colossal Sleep was engineered, mixed, and mastered by Jeff Wilson at his Disorder Recordings headquarters, and it features fascinating cover art by Awo Prosatega (with layout by Wilson).

The album will be released by Disorder Recordings on January 28th on CD and digital formats. Pre-orders are available now. We’ve also included the video for “Distant Fires“.