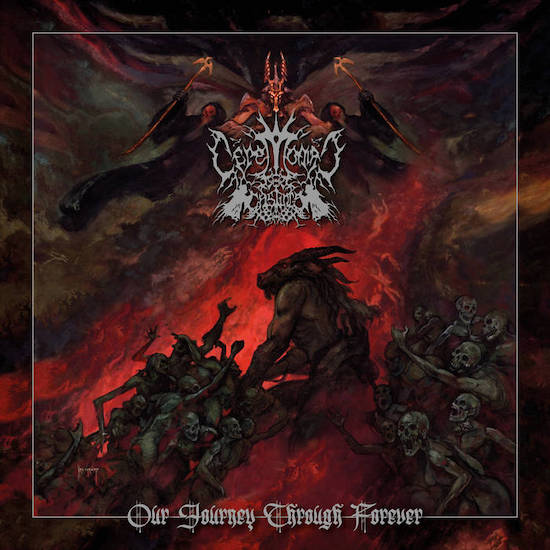 2021 brought the 25th anniversary of Ceremonial Castings, the passing of a quarter-century career during which the band produced nine full-length albums and a slew of demos, EPs, and splits. The two brothers who joined forces in this endeavor — Jake and Nick Superchi — decided to commemorate the anniversary in extravagant fashion, by re-recording 18 of their classic songs, as well as two completely new and previously unreleased instrumentals by Nick Superchi, and to release the material in the form of a double album.

The name of that album (and suitably so) is Our Journey Through Forever. It will see the bold light of day on February 25th via the Eisenwald label, and to help spread the word we are today presenting a stream of one of the re-recorded tracks, “Desecration of Grace” (which originally appeared on 2005’s Immortal Black Art). 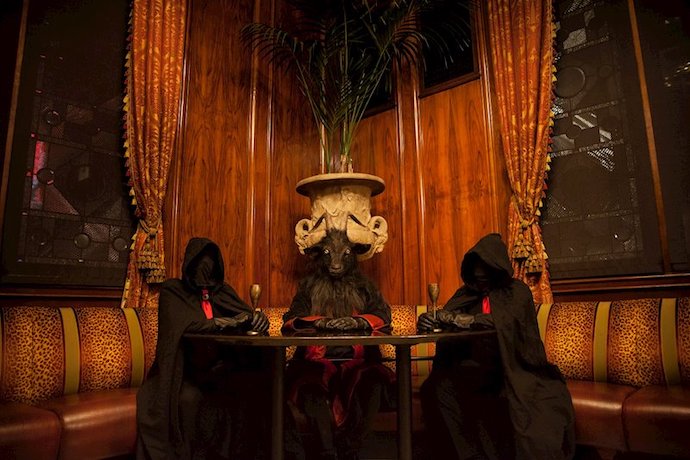 In the perception of the music, it is worth remembering that the Superchi brothers (who now live in the Pacific Northwest) have been influenced by a striking piece of family heritage that they learned at an early age when growing up an hour west of Salem in north-central Massachusetts: Their lineage on one side connected them to infamous writer Nathaniel Hawthorne, who’s great-great grandfather was none other than Salem Witch Trials judge and magistrate John Hawthorne, and those dark events have played a continuing role in the the lyrical and musical themes of Ceremonial Castings‘ music, even as it has progressed over time.

Reflect on that as you listen to “Desecration of Grace“. Over tempestuous drumming, the guitars dart, squeal, and skitter in a semblance of mad, brazen ecstasy. Frantic, gleaming synth tones and fervent spoken words, in tandem with vicious growls, add to music’s aura of sinister sorcery. The frenzy in the music mounts, becoming a boiling cauldron of madness, leavened with long chords of menace and jabbing grooves.

The entire experience is diabolical — a musical cavorting through sulphurous fumes, and it’s contagious as well. But near the middle things suddenly change, as tinkling chimes ring out above sounds of mysterious astral shimmering. This provides the prelude to a passage that’s somber yet grand. moving in grief at a stately pace, and then beginning to jitter and scream in bursts again, shrouded in unearthly synths. At the end, the band reprise the mid-song interlude, carrying us away once more to a dimension of mystery and wonder.

The new album’s fantastic cover art was rendered by Kris Verwimp. The music was recorded from the Winter of 2020 to the Spring of 2021 by Ceremonial Castings. Jake Superchi mixed the album at Obsidian Spells, and it was mastered by James Sloan at Negative Force Audio Production. Credit for accompanying photography goes to Veleda Thorsson.

Two more of the re-recorded songs have previously premiered, and we’ve included streams of both of them below — “Midnight Deathcult Phenomena” and “Immortal Black Art” — along with pre-order links.

One Response to “AN NCS PREMIERE: CEREMONIAL CASTINGS — “DESECRATION OF GRACE””