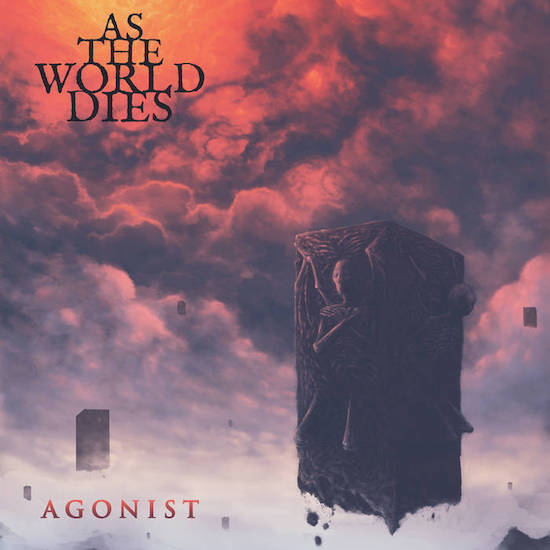 A glance at the line-up of As the World Dies, which includes members of Memoriam, Massacre, and Pemphigoid, creates high expectations very quickly, as do comparative references in the promotional press to the likes of Bolt Thrower and Grave, as well as other legendary bands in the pantheon of UK death metal. But their debut album Agonist, which will be released by Transcending Obscurity on March 25th, makes clear that they have their own distinctive approach despite the presence of these well-known influences.

Yes, the music is crushing, like a bulldozer or a battering ram, and compellingly ferocious, but while As the World Dies are formidably capable of inflicting brute-force physical trauma, they’re equally skilled at effectively evoking dire and distressing moods, and simultaneously casting unearthly spells. The song we’re premiering today — “The Tempest” — is a prime example of these talents. 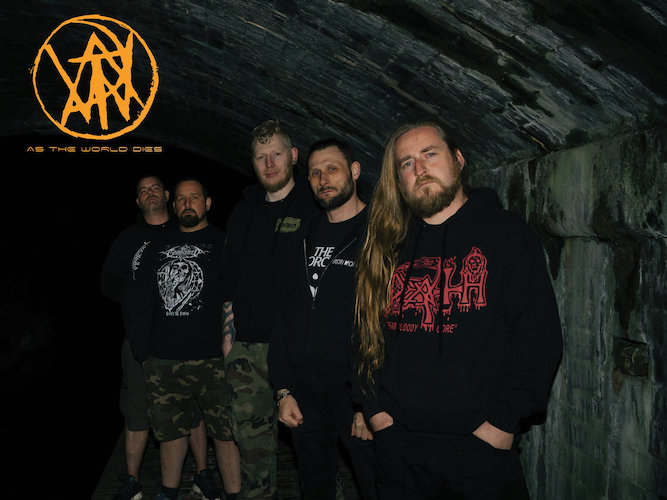 Appearing in the midst of eerie electronics, the song’s contagious opening riff immediately establishes a feeling of otherworldly peril and mounting fear, a feeling that persists and intensifies as drummer Chris McGrath begins a battering onslaught and the rhythm guitar starts jackhammering. Jay Price‘s throat-cutting snarls add to the music’s savagery, which then boils over in a torrent of blasting percussion, although ringing chords seem to channel inner torment and dismal hopelessness.

The song is undeniably ferocious, but it’s the melding of savagery with melodies of suffering — which become even more pronounced when the pace slows and frightening spoken words come to the fore — that really make the track stand out. In the song’s closing sequence, which is admittedly a bone-breaker, the music and the almost-sung vocals generate an air of haunting, harrowing, and spellbinding grandeur.

Once you hear the song, you’ll realize just how well the Beksinski-like cover art by Varises Otak suits the music. And to get a further sense of the impressions of the album we described above, be sure to check out the streams of two other previously released songs from the album, “As the World Dies” and “Dawn of Terror” (you’ll find both below).

As usual, Transcending Obscurity is releasing the album in a variety of formats, with apparel.

AS THE WORLD DIES:
https://facebook.com/BrumDeathMetal