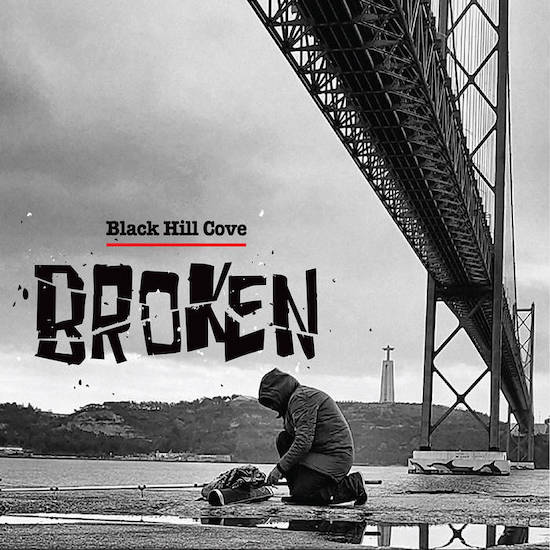 Formed in 2020, right at the rise of a global pandemic, Black Hill Cove is a new Portuguese band composed of seasoned musicians from well-known acts in the Portuguese metal and hardcore scenes like Painstruck, Grankapo, and We Are The Damned. Drawing upon their varied influences, they recorded a debut album named Broken that was released last November by Raging Planet Records, which braided together in differing ways elements of hardcore, thrash, and sludge.

From that album the band have chosen a song called “Angels Fall” as the subject of a video that we’re premiering today. Created by Nuno Aguiar de Loureiro, the video presents a fast-moving collage of images that rivet attention and also mesh with the darkness and desperation of the music. 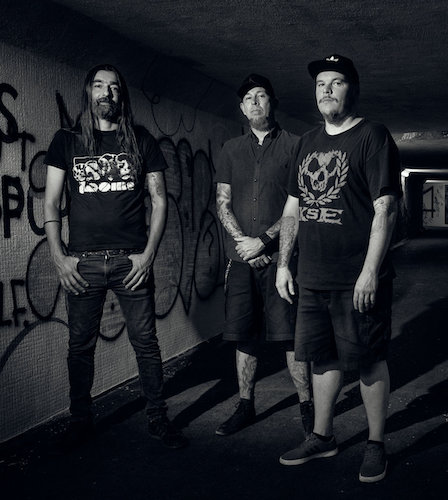 Lyrically “Angels Fall” is bleak and furious, and so is the music, which is both emotionally and “physically” bruising and battering. Every ingredient in this high-powered, fast-paced song seizes attention, and collectively they create a viscerally intense experience.

The drumwork is electrifying as it switches from full-throttle blasting to acrobatic tumbling and neck-cracking hammer blows. The guitar work continually morphs as well, roiling and rampaging in grim tones, writhing in desperation, jolting and jabbing, ejecting peals of dissonance, and wailing like demented wraiths. Last but not least, the vocals are both intelligible and scarring in their howling condemnations.

The album is available on Bandcamp, and we’ve included a full stream of it below so that you can check out what else it has to offer.