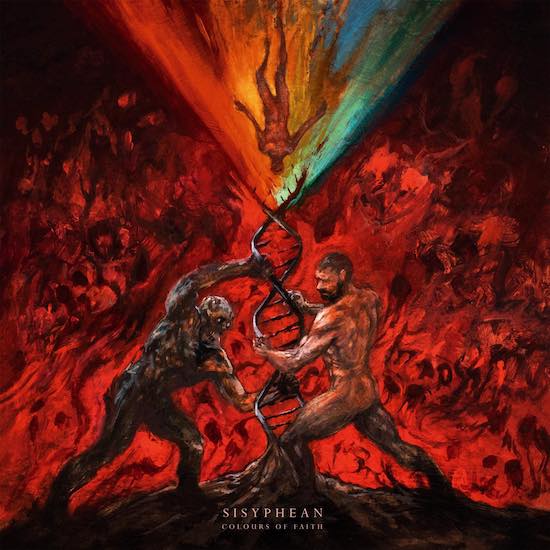 Over the course of a debut EP, a first album, and a split, the Lithuanian band Sisyphean have moved from strength to greater strength, and their forthcoming second full-length sees them reaching a new summit of shattering power. This new album, Colours of Faith, will be released later this year by Transcending Obscurity Records, and today we have a gripping preview of what it holds in store through our premiere of an unsettling video for a strikingly intense song named “Sovereigns of Livid Hope“.

Presenting an amalgam of black and death metal (with elements reminiscent of post-metal in the mix), the music of Sisyphean here is almost unrelenting in its capacity to harrow the senses, and becomes towering in the scale of its sonic and emotional upheaval. 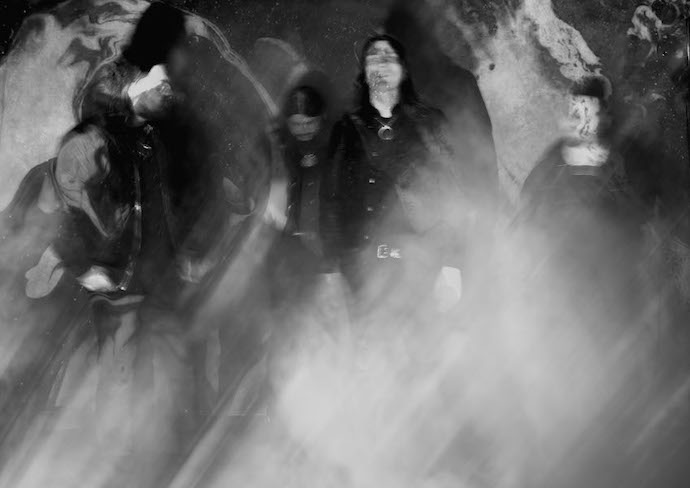 The song’s lyrics are an expression of bitterness, disgust, and fury at the emptiness and failings of humankind. The music is no less bitter or enraged. The riffing boils and sears the senses, the turbulence of the drumming and the heaviness of the bass are earth-shaking, and the vocals are a raw and scorching torrent of ferocity.

Brazen chords blare in madness and feverish leads channel desperation and hopelessness, segmented and undergirded by punishing jolts. At times the music becomes panoramic in its rendition of anguish, as waves of grief roll forward and crash against crags of downfall. The drums tumble and boom, the bass fractures bone, the guitars skitter and swarm in maelstroms of insanity, the vocalist tears himself inside-out.

Only at the end does this sonic and emotional storm abate, giving way to the reverberation of eerie gleaming tones and mournful backing strings.

Sisypohean have given us their own comment about “Sovereigns of Livid Hope“:

The song reflects on our coming into this mortal plain and being the heirs to float in the reality created by our fathers, forefathers and past, as the general metaphor. The past being a power we cannot influence and the present being the truth we have to endure. In the cycle of life and death, we will be the next in line to inherit the earth and thus being the ones deciding to either sunder or preserve it for the next generations to come.

Colours of Faith was recorded in Vicarious Recording Studios in Vilnius, and it was mixed by Satanic Audio (Behemoth, Thaw, Blaze of Perdition) and mastered by Resonance Sound (Cruciamentum, Absu, Father Befouled). The stunning cover artwork was created by Adam Burke.

We’ve also included a stream of the previously released song, “Scorched Timeless“. An official release date and pre-order opportunities will be identified soon.

No Responses to “AN NCS VIDEO PREMIERE: SISYPHEAN — “SOVEREIGNS OF LIVID HOPE””