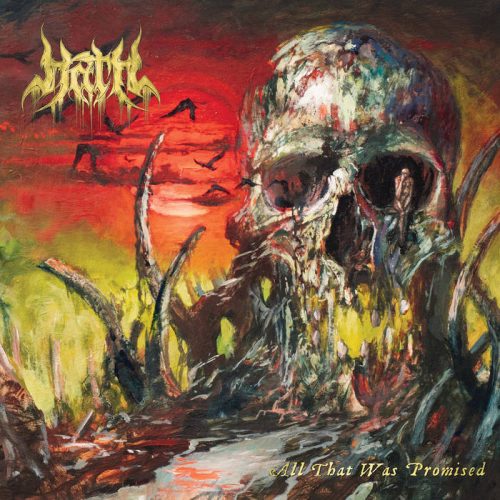 (The highly-anticipated new album from Hath is scheduled for release on 04 March via Willowtip, and Andy Synn has the inside scoop on what you can expect from this rollercoaster of a record)

Hath‘s first album, Of Rot and Ruin, was one of the most hyped albums of 2019, to the extent that (if memory serves) a number of people were extremely keen to label it a “masterpiece” before they’d even heard it.

As much as I enjoyed the record, however, I couldn’t help noticing that much of the music was heavily indebted – a little too heavily indebted, if I’m going to be totally honest – to some of its more obvious influences and inspirations, especially the varied and viscous works of beloved UK Prog-Death duo Slugdge, something which most other reviews seemed to either massively downplay or totally disregard for fear of rocking the boat.

But despite the fact that I was, shall we say, somewhat more critical than most (though still, overall, pretty positive) about their debut, the band still actively reached out to us here at NCS asking if we’d be willing to give their new album a listen and share our honest opinion about it, whatever that might be.

Now, if nothing else, this tells me one of two things about Hath. Either they’re extremely confident about All That Was Promised… or they’re simply gluttons for punishment.

Let’s find out which, shall we? 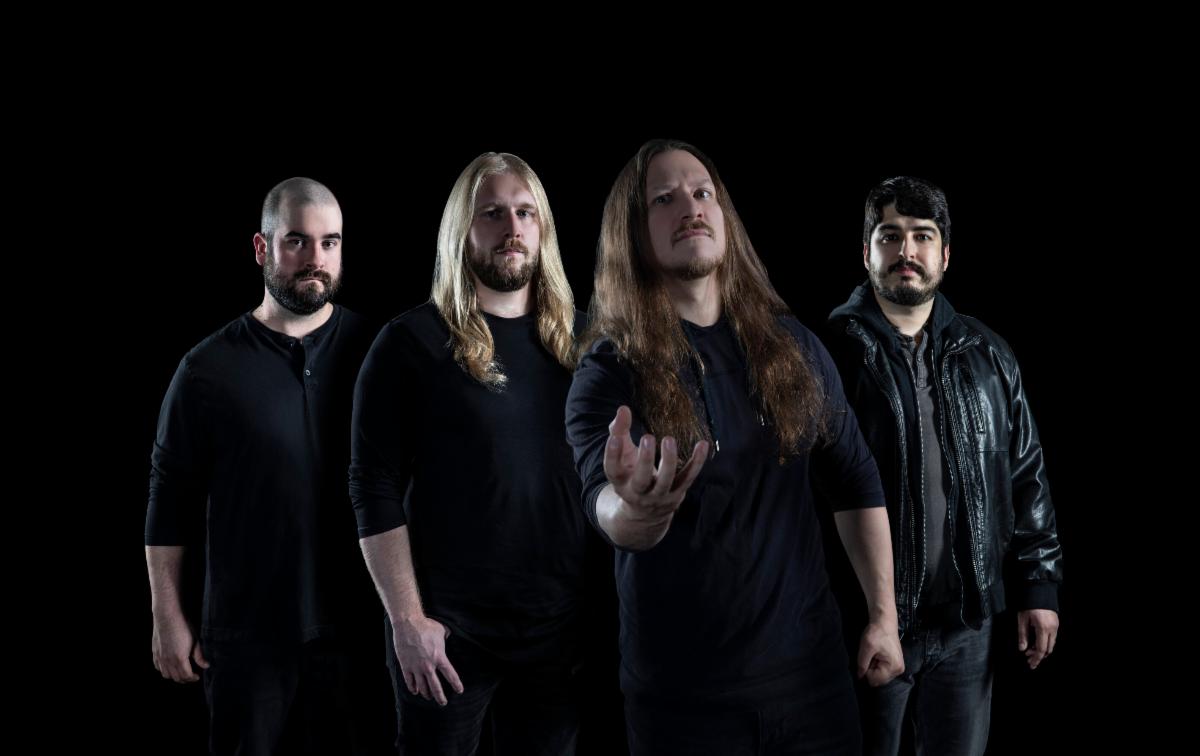 Thankfully, it should only take around, let’s say, one minute and forty seconds of fearsome opener “The Million Violations” for it to become apparent that the band’s confidence in this record is more than justified.

This track – which immediately sets the bar, and the tone, for the rest of the album – is, arguably, better than anything from the group’s debut, and showcases a version of Hath that’s simultaneously meaner and moodier, more intense and more aggressive, than we’ve seen or heard before.

It’s not alone either, as songs like “Lithopaedic” and “Iosis” (two of the record’s outstanding early highlights) and the phenomenal “Death Complex” demonstrate that the band haven’t just gotten faster/stronger/heavier, they’ve also taken great strides towards developing their own unique voice, one which fully embraces the “Blackened Death Metal” label (which, in hindsight, was probably applied to their previous album a little prematurely) while also putting their own distinct stamp on it.

And while there are, truth be told, still a few moments where things get a little too Slugdge-y for comfort – both “Decollation” and lead-off single “Kenosis” are particular offenders in this regard, and the addition of the clean vocals, while not unpleasant, definitely exacerbates the similarities – overall the music this time around has more in common with the devastatingly dynamic, darkly dramatic, approach of bands like Sulphur Aeon or Ageless Oblivion, without actively trying to sound like them… or anyone else.

It’s the prodigious climactic pairing of “All That Was Promised” and colossal closer “Name Them Yet Build No Monument”, however, which really demonstrates what Hath are capable of, using every weapon in their already impressive arsenal – blending massive, multi-layered riffs and raging, relentless percussion with poignant passages of brooding atmosphere and eerie negative space – to showcase their true potential in all its grim, gargantuan glory.

Mark my words, while the band’s second album might not be quite all that was promised, it will still go down in history as the moment where they truly established an instantly-recognisable, and utterly unmistakable, sonic signature of their very own… one which will, hopefully, help them to write their name into Death Metal history once and for all.

2 Responses to “HATH – ALL THAT WAS PROMISED”