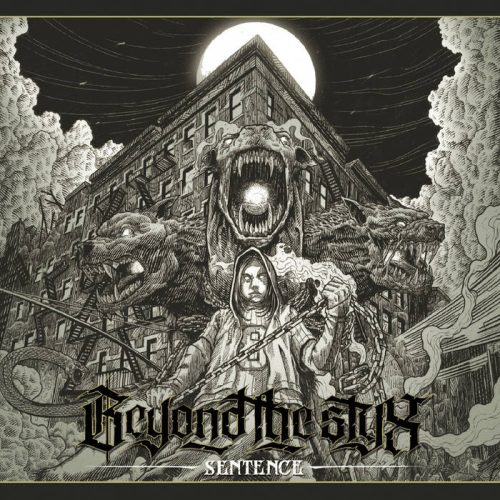 (Andy Synn goes a few rounds with France’s Beyond the Styx and their new album, Sentence)

As I’ve said several times before, my journey into Metal began with my discovery of Punk/Hardcore.

Beginning with bands like Thrice, AFI, and BoySetsFire I eventually gravitated towards more overtly “metallic” Hardcore groups like Earth Crisis, Zao, and Vision of Disorder, and it wasn’t long until I fell/dived headlong into the even heavier side of the Metal scene.

The thing is, while I never really felt like I fit in as a Hardcore kid – I wasn’t really into the fashion (I probably wear more basketball vests now than I ever did back then), I wasn’t vegan or straight-edge (I do about one non-meat day a week these days, and have been known to drink the entire NCS crew under the table), and always felt like karate-dancing in the pit was stupid (and even, arguably, contrary to what “the scene” was supposed to be about) – I never lost my love of the music.

And while recently this has manifested itself in a series of reviews of some killer Death Metal/Hardcore crossover albums (check those out if/when you have time), it was the release of Sentence by French Metallic Hardcore crew Beyond the Styx, which really took me back to my roots this month.

With a sound that sits somewhere between Breed the Killers-era Earth Crisis (“DC”, “New World Disorder”) and more recent Employed to Serve (“Overload”, “Scorch AD”) – all bruising guitar work, barking vocals, and bombastic, neck-wrecking rhythms – coupled with some seriously hefty riffs and breakdowns that wouldn’t sound out of place on a Misery Index album (“Collateral”, “Self Hatred”), there’s no doubt that Beyond the Styx are punching well above their weight-class on Sentence.

But while this album definitely proves that the French fivesome are more than capable of going toe-to-toe with some of the Metal/Hardcore scene’s biggest names – both new and old – it’s their internal evolution which is, arguably, even more impressive.

As someone who has become very familiar with the band’s earlier output over the last month or so (yes, I ordered their entire discography last Bandcamp Friday), it’s obvious to my ear(s) that this is a leaner, meaner version of BtS, one that’s successfully cut the weight and trimmed the fat in order to achieve peak performance.

They still hit hard and throw the odd massive haymaker, of course – “Collateral”, for example, is practically one big wind-up towards a gigantic knock-out punch – but there’s just something more lithe and limber about this album, the band flowing from one jaw-breaking, rib-cracking combo to the next, with all the power and poetry of Ali in his prime, which marks Sentence as the moment when Beyond the Styx finally achieved their full potential as a true Metallic Hardcore heavyweight.

So whether you’re new to the game or an old-head (like me) looking for an excuse to get back in the pit… make sure to give this a listen.