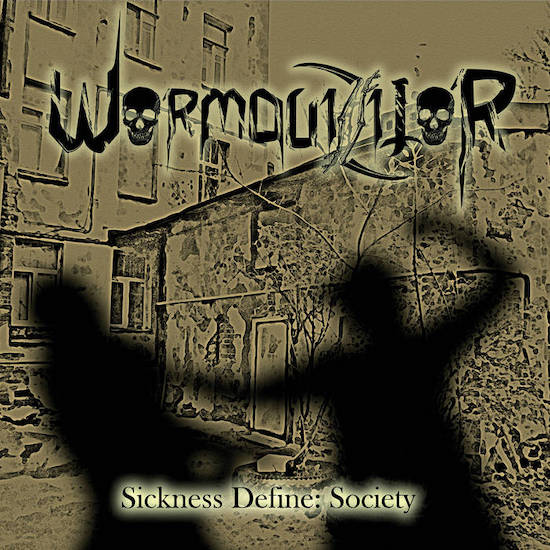 On a day many of us will remember with sadness mixed with anger, the Belarusian band Wormquizitor gives us something to remember with pleasure, from an album that’s being released through the cooperation of a Ukrainian label and a Russian one.

The name of that album is Sickness Define: Society. As its name suggests it includes songs whose themes dwell upon the maladies of our modern civilizations — domestic and social violence, drug addiction, depression, herd mentality, obsession, and impunity. It’s the work of former members of Vox Mortuis, Tryzna and Fimbulvinter, who came together in Minsk to found Wormquizitor in 2019.

The music is not neatly defined in genre terms, though black metal and thrash figure in the outcome. As demonstrated by the song we’re premiering today, the name of which (“Mad Crowd“) is also a fitting headline for the day, killer riffs, ferocious vocals, and compelling rhythms also figure in the outcome. 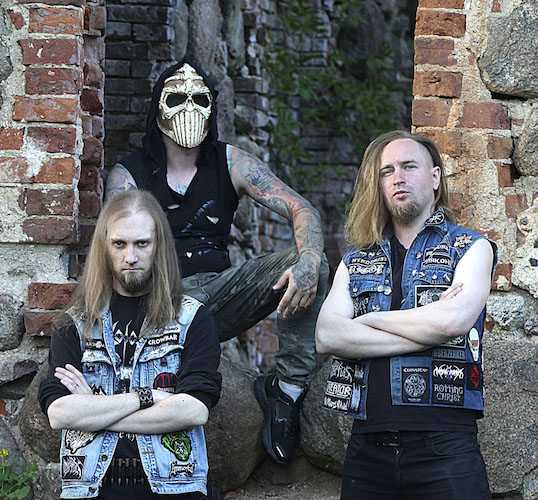 Launched by the sharp propulsive crack of the snare and a slashing and veering riff, the song gets the pulse jumping immediately. When savage snarls move in, the riffing evolves, becoming more frenzied in its tremolo-picked madness, as does the drumming, which starts discharging livid blast-beats. With the bass darting and the drums rapidly tumbling, the guitars swirl and flicker in a kind of crazed ecstasy.

The song allows no room for any deep breaths, but the panoply of riffs moves the mood in different directions, channeling fear as well as brazen tumult, and at the end there’s a surprising twist — which we’ll let you discover for yourselves.

Credit for the album’s artwork and lyrics goes to Evgenija Sat. Encompassing 10 tracks and 46 minutes of music, it will be jointly released on March 30th by GrimmDistribution (Ukraine) and More Hate Productions (Russia). More info is available through the links below, and after those we’ve included a stream of the previously released track “Human Hunter” (which is a free download at Bandcamp).